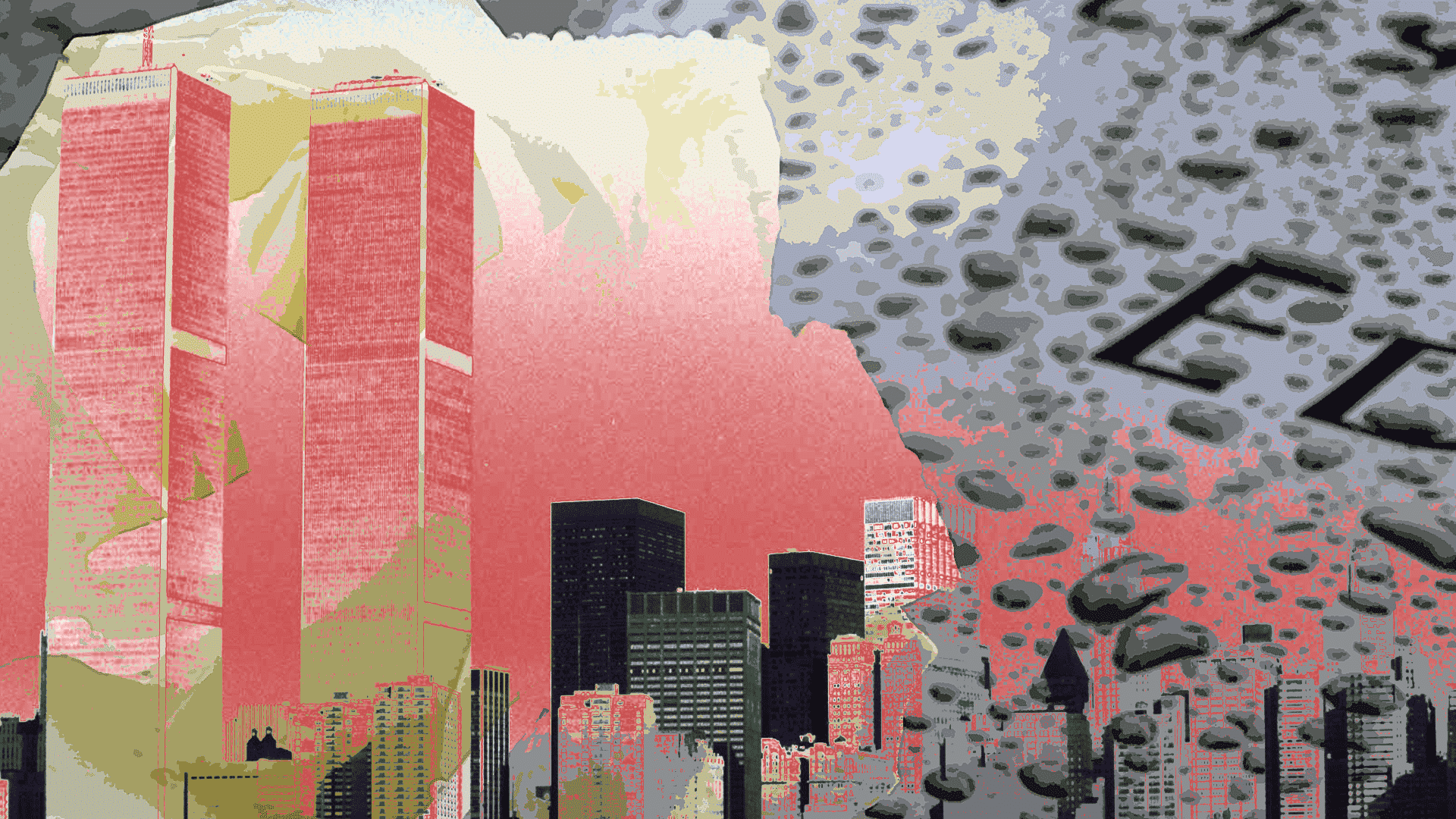 Nineteen al-Qaeda terrorists mounted a coordinated attack, hijacking four commercial airliners traveling from the northeastern United States to California. Americans watched the televised event in horror as two of the planes were flown into the Twin Towers of the World Trade Center, one into the Pentagon. The fourth crashed into a field in Pennsylvania after passengers and crew members launched a counterattack. Almost 3,000 people were killed—over 400 emergency workers and first responders—and more than 25,000 were injured.

Tuesday, September 11th, 2001, changed the course of world events forever. Human Events contributors from all over the world marked the occasion with solemn reflection. Read the full collection below:

9/11 AND EVOLUTION OF THE AMERICAN INTELLIGENCE SERVICES.
The long march through America’s intelligence institutions.
By Gary Gindler

“The events of 9/11 were not just a wake-up call; it was a deafening failure of the 'interagency.' The Washington bureaucracy had long been preoccupied with building 'walls' to prevent intelligence information sharing since the 1980s ... Twenty years after 9/11, the disconcerting thought that somewhere I had already seen a whole lot of this did not escape me. However, I could not remember exactly where. Then, suddenly, I grasped the reason for this political déjà vu: the American intelligence institutions began emulating many of the standard techniques of Soviet intelligence … they resemble thoroughly corrupt political paramilitaries, targeting those American citizens suspected of political opposition to the American left.”

“As we reach the 20th anniversary of 9/11, it stuns many that the priority of our Department of Homeland Security is not more specifically directed toward the terror threats we face with the recent Taliban takeover of Afghanistan; the increase in illegal immigrants pouring across our border by way of human traffickers; or the rise of domestic terror groups like Antifa, devoted to violence in the pursuit of destroying this country … For all intents and purposes, 'conspiracy' has lost all meaning, along with 'white supremacy' and 'extremist,' which now designate everyone that the left does not agree with.”

THE BURNING TOWER(S).
Reflections on 20 years since 9/11.
By Adam Ellwanger

“[E]ver since 9/11, America has been different from the one I knew as a child. Since that September morning, America never really regained its footing. We have flown from one crisis to the next, and sociopolitical and economic instability have been the only constants … 9/11 was a decisive break within history, contained by history—not a break from it. It inaugurated our new age of technological anxiety and geopolitical vertigo. The beginning of this feedback loop was itself a historical event—one that transformed our nation … Today is not simply a remembrance of the lives lost twenty years ago and the suffering that those losses inflicted on so many others. It is also a remembrance of the America that we lost in the years that followed.”

TWENTY YEARS LATER, AFGHAN EVACUATION UNDER OPEN BORDER POLICIES COULD LEAD TO ANOTHER 9/11.
The Biden administration has made it easier to attack our homeland.
By Joe Guzzardi

“For a day or two after 9/11, when terrorists commandeered four commercial airplanes for a suicide attack on the United States, some in the patriotic immigration reform movement saw the potential for some good to come out of the overwhelming tragedy … it occurred to us that the event might finally awaken Congress from its long snooze fest of immigration malfeasance … Common sense should have led Congress to agree that, post-9/11, given the enabling role that immigration abuse played in the nation-altering event—the deadliest attack of its kind in human history—the time for an immigration reset was at hand … Instead of implementing these long-awaited and much-needed efforts, in the 20 years that have passed since 9/11, Congress has done nothing to protect Americans from another tragedy, and has instead, under the Biden administration, made it easier to attack the vulnerable homeland.”

WHY WERE WE THERE?
Watching the botched withdrawal from Afghanistan, our servicemen and women are left wondering what their sacrifices were for.
By SSG (Ret.) Stephen Phillips

“My journey as a United States Army soldier began at Fort Leonard Wood, Missouri, on May 23rd, 2001. Two weeks after I graduated basic training the towers fell. Fast forward to a two-tier career, first as a Combat Engineer then as an Explosive Ordnance Disposal Technician. I have four tours of duty under my belt and 12 years of active-duty service. I was medically retired in June 2013. During all that time, I knew nothing of the peacetime Army. Instead, deployments had become the new normal. Friends, colleagues, and mentors who held special places in my life would be wounded, and some of them would die. After a while, September 11th quickly stopped being a reason to fight. It was replaced with the phrase many would ask, 'Why are we here?'”

HOW THE FALL OF THE TWIN TOWERS LED TO THE DEMISE OF THE INTERNET.
A frank critique of how America conducted herself since September 11th, 2001—and how we can do better.
By Preston Park

“[W]hen people spoke against the war, we shamed them and shut them down. We called them 'unpatriotic.' We even wore yellow ribbons—a counter to the liberal ribbon culture of the time. In 2003, we chased the 'Dixie Chicks' off the air, justifying it as exercising our own free speech. It worked. But it was a Pyrrhic victory … conservatives must drop the fiction that private authoritarianism is okay. It may be black-letter legal, but it is spiritually un-American. And it is America’s spirit we are fighting for. As long as Google and Apple are the gatekeepers of the Internet, we cannot have equality because they control the marketplace of ideas. And, without equality, we hobble innovation and wreck democracy.”

A CITY UPON A HILL.
As we commemorate 20 years since the attack on the World Trade Center, we need to reflect on the meaning of big cities—New York City in particular—to the greater image of America.
By Anastasiia Cherygova

“Most people alive today will never get to visit the United States, only ever seeing it on television or the movies. What city are they most likely to see? The great many immigrants and refugees seeking to make America their home will likely never go out of their way to visit Peoria or Appalachia, but they are very likely to seek out places like New York, and will form their opinions and desires based on that. They will be acculturated into American life through big cities. That is what conservatives lose when they give up on New York—the chance to shape the image of what “America” means, both for new Americans, and for the world at large.”

GOD BLESS THE U.S.A.
Make no mistake. Due to brave leaders and the indomitable spirit of its people, America will be back and fighting for freedom once again.
By David Krayden

“As we commemorate the 20h anniversary of the 9/11 terrorist attacks this weekend, we might well remember that. Because this is not shaping up to be the sort of anniversary that it might have been, one marking our victory and strength and indomitable spirit. In part, that is because America is in the midst of yet another crisis of confidence, another numbing defeat, another moment of doubt and despair. This time, it’s one promulgated not entirely by foreign powers, but by the incompetency and almost treacherous actions of the federal government … 20 years after September 11th, the American people have very little to celebrate, and their leadership has left them in a dismal position. But thankfully America is not about Joe Biden, or any one president, or even the humiliation we now face in Afghanistan. It is about a shared conception of nationhood that transcends petty politicians and ideological fashions, something we can hear echoed in the chorus of 'God Bless the U.S.A.'”

SEPTEMBER 11th AND ITS GEOPOLITICAL EFFECTS.
Global geopolitics, not the global War on Terror, must guide American foreign policy.
By Francis Sempa

“A retrospective on the September 11th attacks and America’s response should counsel caution, prudence, and humility. We were right to strike back at the enemies who attacked us on that terrible day. We were right to take steps to prevent a second attack—and the Bush administration deserves enormous credit for foiling attempted terror attacks and preventing others. But we were wrong in attempting to use our power to transform the Middle East into a land of democracies. There will always be monsters abroad, and the best we can do is to try to keep them from our shores.”

Human Events Special Collections feature editorial contributions that focus on a central theme, topic, or occasion. Some Collections are closed to future contributions; others are ongoing or open. To add your voice to the conversation, see our current calls for submissions.