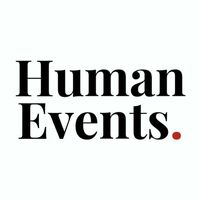 A part of the Human Events Media Group

Human Events is an American conservative political news and analysis website. Founded in 1944 as a print newspaper, Human Events became a digital-only publication in 2013.

Jeff Webb is the Publisher and Senior News Editor of Human Events. He is also the highly acclaimed entrepreneur who founded and built Varsity Spirit, best known for popularizing the sport of cheerleading on a global scale. Varsity’s well-recognized cheerleading competitions, televised on ESPN for decades, make it the network’s longest-running broadcast partner.

Webb started Varsity in his Memphis, Tennessee apartment over forty-years ago when he was 24 years old. He turned an initial investment of $85,000 from family and friends into what became a company with over $2 billion in revenue and more than 6,000 employees. Today, Varsity does business in every US state and in numerous countries around the world.

He is the founder (2004) and current President of the International Cheer Union (ICU), a governing organization that includes 116 member countries and is recognized by the International Olympic Committee. In addition to its commitment to growing cheerleading on a global basis, the ICU is working toward the eventual inclusion of its sport in the Olympic Games. hoping to have cheerleading into an actual Olympic competition category. The ICU also orchestrates the annual ICU World Championships.

Webb has been devoted to philanthropic causes including St. Jude Children’s Research Hospital, and the Muscular Dystrophy Association. He has also spearheaded a partnership between the (ICU) and International Special Olympics (ISO).

He is a graduate of the University of Oklahoma where he was an active campus leader. He’s the father of two adult children, Jeffrey and Caroline, and resides in Memphis, Tennessee. He’s an avid outdoorsman and conservationist and is also the proud owner of a grand champion Labrador retriever. 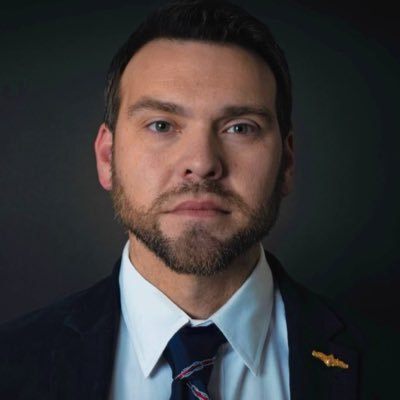 Jack Posobiec is the Senior Editor of Human Events, a political news and analysis outlet founded in 1944. Prior to that, Posobiec served as a Washington DC correspondent at One America News Network. Posobiec is a veteran intelligence officer of the United States Navy with multiple deployments including Guantanamo Bay and East Asia. At Guantanamo Bay, Posobiec served as a HUMINT (human intelligence) analyst in the interrogation cell. In 2014, he joined the Office of Naval Intelligence as an officer at the Kennedy Irregular Warfare Center which provided intelligence to Navy Special Warfare and Navy Expeditionary Combat Command.

Posobiec has written three non-fiction books: Citizens for Trump: The Inside Story of the People’s Movement to Take Back America, all about the 2016 presidential election, 4D Warfare: A Doctrine for a New Generation of Politics, a handbook on political information operations, and Antifa: Inside the Black Bloc, about his investigations infiltrating the Antifa phenomenon in North America and their history. In 2019, Posobiec was awarded a Lincoln Fellowship by the Claremont Institute. Posobiec is also a supporter of Let Them Live, a nonprofit that saves lives from abortion by supporting women in crisis pregnancies. Posobiec’s life was the inspiration for the graphic novel ‘Agent Poso’ by Chuck Dixon and Brett Smith.

After graduating from Temple University, Posobiec spent 2 years living in China working in international business and learning to speak fluent Mandarin Chinese. Originally from the Philadelphia area, Posobiec now resides in Washington, D.C. with his wife Tanya and their two sons.

Brent Hamachek is the Executive Editor for Human Events. He also serves as the Director of Policy Research for Jeff Webb’s  Middle Class Warriors.

In early 2000, Brent started his own business consulting practice after having spent 15 years in the commercial banking industry. Since then, he has had over 200 client engagements and has served in a variety of capacities including CEO, CFO, and SVP of Sales & Business Development.

A frequently sought public speaker, Brent has delivered addresses over the past decade on 23 different topics, and has spoken at forums as diverse as academic conferences and national sales conventions. In March of 2018 he spoke at a United Nations’ Conference on men and women’s collaboration in the workplace, sharing his unique approach to business culture development.

Brent has made numerous media appearances on a variety of business and political topics. He has also written extensively on political and economic issues, sometimes publishing extended essays on his own site,  BrentHamachek.com.

He played a role in the early development of Turning Point USA by writing much of the organization’s foundational literature and helping to train campus activists. He co-authored Charlie Kirk’s first book, Time for a Turning Point.

He is a 1984 high honors graduate from Lake Superior State University, located in his hometown of Sault Ste. Marie, Michigan, having earned a B.A. in Finance & Economics. Brent also holds a Graduate Degree in Banking from Graduate School of Banking at the University of Wisconsin. He has also studied theology at Loyola University.

An avid weightlifter for more than four decades, Brent is the father of three daughters, He resides with his wife and family in a North Shore Chicago suburb.

Charlie Kirk is the Founder and President of Turning Point USA, the largest and fastest-growing conservative youth activist organization in the country with over 250,000 student members, over 450 full and part-time staff, and a presence on over 2,000 high school and college campuses nationwide. His social media reaches over 100 million people per month and according to Axios, he is one of the “top 10 most engaged” Twitter handles in the world.

Charlie is the host of “The Charlie Kirk Show” podcast, which regularly ranks among the top 10 news shows on Apple podcast charts, and as of October 2020, Charlie became the host of the new, nationally syndicated daily radio show by the same name and broadcast on the Salem Radio Network live from 12 – 3 PM ET. Charlie can be heard daily on over 200 radio stations across the country. Charlie is also a New York Times Best Selling author and Amazon #1 best-selling author. 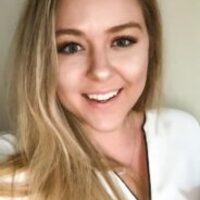 Celine Ryan Ciccio is an American journalist, specializing in coverage of political bias in media, business, tech, higher education, and the intersections thereof.

Celine authors Human Events’ press analysis series ‘To Tell the Truth’ —  a periodic effort to help address media bias and restore the skepticism necessary on the part of all Americans to maintain a free society.

Celine formerly served as Editor in Chief of Campus Reform, where she taught the next generation of truth-telling journalists to expose leftist bias, abuse, and indoctrination on America’s college campuses.