Red Flag Laws Are Ripe for Abuse. Americans Are Right to Reject Them. 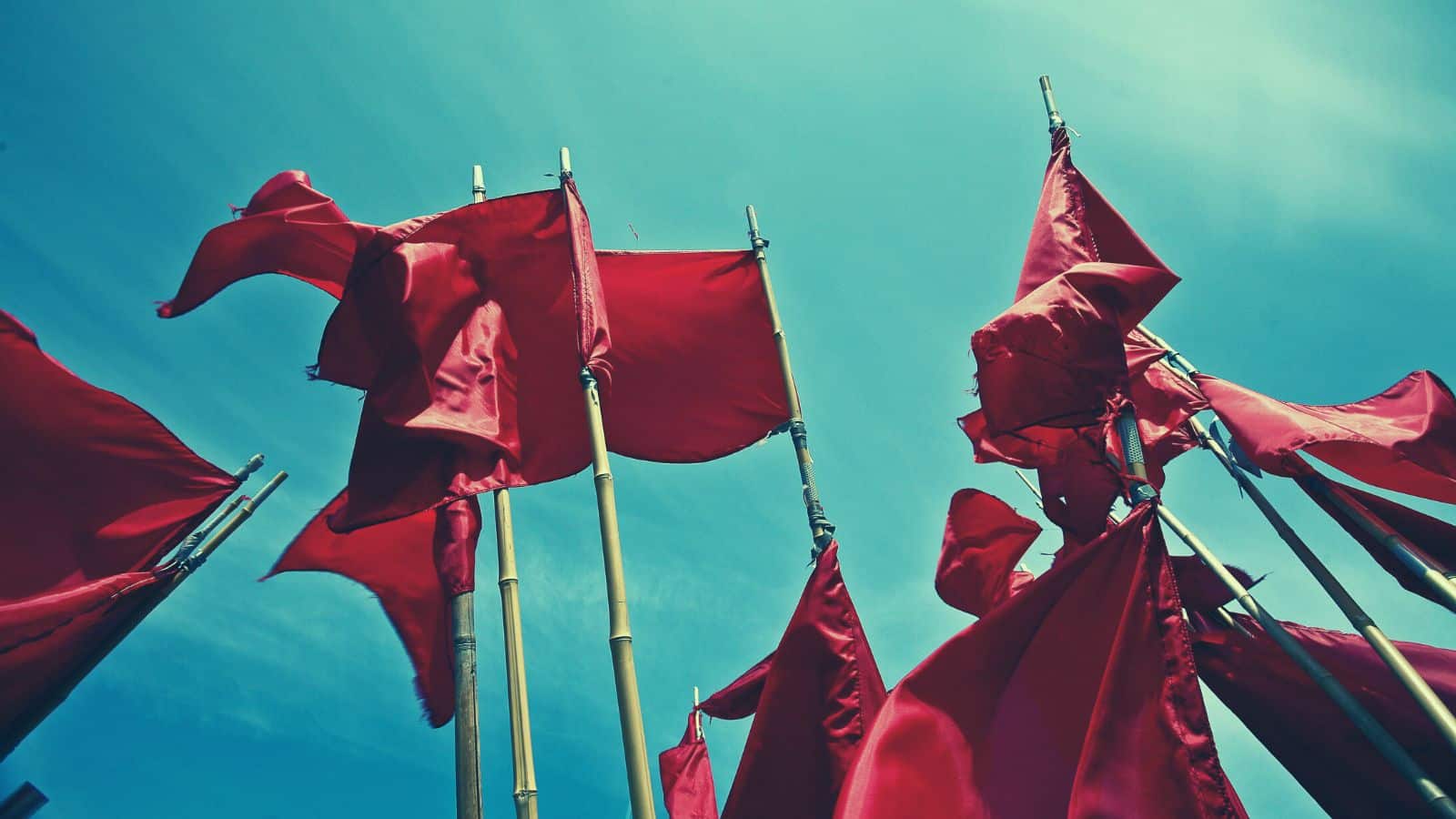 Red Flags are all over the place these days. You see it a lot in dating advice. Little signs that this isn’t your soulmate, like a guy who orders salad or a woman who starts off with two Irish Car Bombs. In a much more serious iteration of this banner metaphor federal and state officials are looking to beef up our “red flag” laws surrounding gun ownership.

The two examples are related. But while the mixing and mingling 20-something has every right to swipe away the guy with no awesome neck tattoo, our government has to be more careful in looking for warning signs that someone should be deprived of a constitutional right.

Late Tuesday the bipartisan group of senators, led by Republican John Cornyn and Democrat Chris Murphy, forged out a deal that gave financial incentives to states that imposed red flag laws and which mercifully allowed those flagged to apply for gun rights again five years after a violation. But a violation of what?

What is a red flag law? Basically, it means that if authorities are alerted to a person who for reasons of mental illness or violent tendencies, or something, should not be able to own a gun, then the state can prohibit that person from owning or purchasing one. To put it another way, the state is empowered to take away rights in order to stop a potential crime that never happened.

Due process is a heavy lift, it really is. In a simpler, more efficient world things like burden of proof would give way to sensible limitations of rights, or so the left tells us. They would have us believe that there is some way, perhaps with the aid of computers, to predict who will or will not commit some horrible act of murder. It's a fool's errand. They look for reasonable and predictable patterns in the eyes of madness.

Under Red Flag Laws how many innocent American gun owners will have to undergo interrogation because a neighbor didn’t like what they said at a school board meeting? How many grudges will law enforcement have to negotiate? What’s the balance here? Are Americans going to subject themselves to these tests from the state just in order to own a gun? By what authority?

In fact, it turns out the American people reject this deeply flawed idea of prejudging by some legalistic alchemy the intent of gun owners. A new Trafalgar poll shows that when asked if these Red Fag laws could be used by government to “disarm their political opponents,” 47% said yes, 31% said no. And of course, the 47% are absolutely correct, the red flags, the signs that someone needs their guns confiscated will often be political. It is our own government after all, who tell us that right-wing domestic terrorism is our greatest threat.

Of course, nobody actually believes this. Nobody wakes up in the morning and thinks while making coffee, “I hope some nut job who listens to Ben Shapiro or Joe Rogan doesn’t blow me up today.” But that won’t stop visits to those websites, or this one, from being “contributing factors” in a decision to confiscate your guns. See how this works?

The reason we say hindsight is 20/20 is that foresight isn’t. But even a squinting look into the future shows us that abuses will be the norm, not the exception. How much trust are we willing to put in the state to predict who is dangerous? That has tended to be a troubling business throughout history. Often, it is the victims who are punished when we seek to find the criminals through predictive means.

A Twitter post from Pennsylvania Governor Tom Wolf showed a flow chart of how his red flag law would work. In it a woman sees something that bothers her on social media, she reports the offender to police, then his guns get taken away. Self-appointed police women of the Internet cannot be the arbiters of the 2nd Amendment. It's frankly absurd.

Sometimes the guy who orders the salad just had a big lunch, and the woman who chugs down a few just had a tough day. In our personal lives, it might make sense to grant a bit of leniency to such social discretions. But as far as the state goes, they have no such discretion. Either an American has broken a law or he has not, either there is a prosecutable action to take his guns or there isn’t. There is no magical middle ground. There is no set of red flags that ward off the bad gun owner. There is only the right to bear arms, and a very high standard to take that right away.