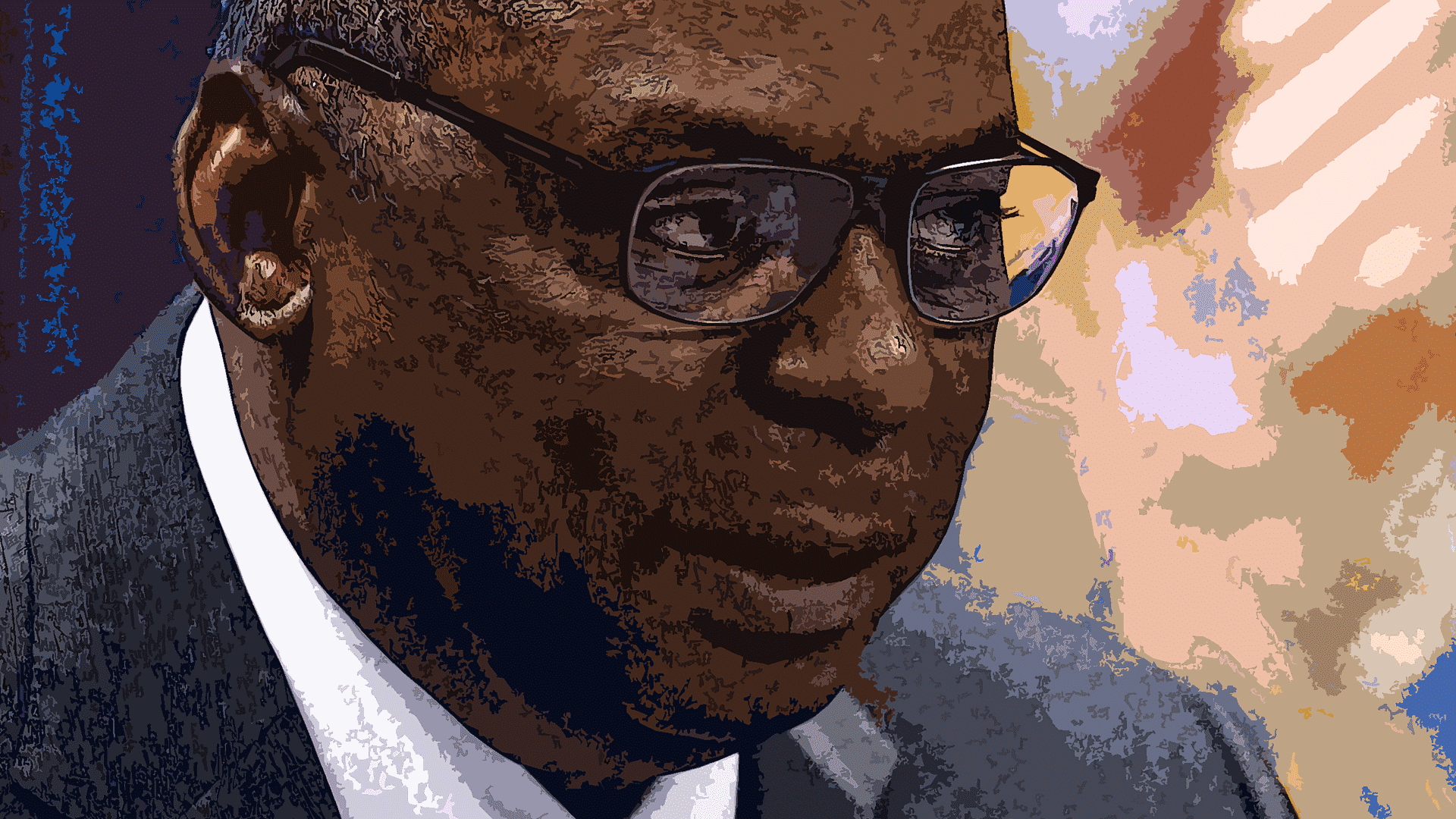 In addition to its exclusive editorial content, Human Events Opinion features syndicated commentary from distinguished conservative voices. Below, Charlie Kirk argues that the performance of Secretary of Defense Lloyd Austin and General Mark Milley during Friday's press conference demonstrates a “bureaucrat’s response to a military problem.” The two, he argues, are “far more concerned with stressing the merits of diplomatic process over on-the-ground results, and with explaining the limits of American willingness, over that of American military capability.”

Any American who wants to believe in American exceptionalism, and who watched Friday’s press conference on the topic of Afghanistan starring Secretary of Defense Lloyd Austin and the head of the Joint Chiefs of Staff, General Mark Milley, had to come away from the experience feeling more than just a little disheartened. Between the two, they put on such an amazing performance of doublespeak and casuistry that one could only leave that 34-minute event saying to themselves, “I don’t know what they just said, but it sure didn’t sound very good.”

That’s because the military diversity firm of Austin & Milley seemed far more concerned with stressing the merits of diplomatic process over on-the-ground results, and with explaining the limits of American willingness, over that of American military capability. In short, the two acted as if they were representing the toothless and always politically correct United Nations instead of what was once the most powerful nation on earth, the United States of America.

To his credit, Milley at least looked a little bit uncomfortable as he stood in front of reporters and tried to make excuses for what has been the inexcusable failure in our withdrawal from Afghanistan. In his prepared remarks prior to questions, he addressed the pre-withdrawal intelligence reports relating to what might happen in Afghanistan after our exit. While he said that a “rapid collapse” was one possibility identified, nobody thought it would be this rapid.

Snap. I guess the next time we abandon a military operation, we better appoint a diverse committee of activists to study the term “rapid” and define it based upon its historical uses for oppression and from the perspective of people of color who have been impacted by the use of the term “rapid.”

Which brings me to critical race theory (CRT) and the role it played in Friday’s pathetic performance. While Milley may have at least looked like his dress greens were fitting a little too tightly, Defense Secretary Austin appeared comfortable and right in his element. In his opening remarks, he began by saying we had three objectives: safety of our people, security of the lone remaining airport, and our pace of withdrawal. He never elaborated on those three. He concluded by showing his sensitivity in saying he knew there were diverse views of the American withdrawal held by those impacted. He said everyone would need to work through it in their own way, and we needed to give them time to do so.

Austin’s performance was pathetic. What did it have to do with CRT you ask? Everything. The only reason that Austin was standing on that stage talking to reporters in the role of our Secretary of Defense is because of his race and President Joe Biden’s commitment to a “diverse” cabinet. Lloyd Austin is in no way qualified or fit to serve as Defense Secretary. He is the poster-child for what you get when you allow race to determine position instead of capability.

CRT under the euphemism of “diversity and inclusion” is being talked about a lot these days, but that doesn’t mean that the typical American really understands what it is. If that’s you, don’t be embarrassed. CRT is difficult to understand because it really isn’t anything that is too terribly specific. It is essentially a hate-based pseudo-philosophy that is a derivative of Critical Theory, the junk-philosophy anchored in Marxism that says all things (facts) need to be viewed in the context of historical oppression. Truth lies in the eye of the beholder and is distorted by communication systems and power structures. CRT simply reduces that calculation to oppression relating to race.

Leaving aside for the moment the logic trap of Critical Theory that argues against objective reality outside of the individual’s experience, which then calls the philosophy’s own real existence into question, CRT is nothing more than a phony academic argument that legitimizes enacting policies based upon race that let one group punish and take from another group. The labeling of it as a “theory” gives intellectual cover to institutionalizing hate and race-based preferences.

Which brings us back to Secretary of Defense Lloyd Austin. Austin is hardly a George S. Patton or a Dwight D. Eisenhower in terms of military credentialing. He is, however, a bureaucratic team player who checked the “race box” in the want-ad posting for President Joe Biden’s Cabinet. Lloyd Austin is exactly the kind of leader you would expect to get in a system that rejects meritocracy as being part of a systemically racist white power structure. There are 50 different things that Lloyd Austin is not in terms of position qualifications. There is only one thing that he is. That one is enough.

On Friday, the Secretary used the term “deconflict” numerous times when referring to the U.S. military’s position vis a vis Taliban and its forces. Turns out that as a military term, “deconflict” specifically refers to air engagement, but the Defense Secretary used the broader meaning to suggest that we just aren’t going to shoot at anybody on the way out. Fair enough; the Taliban are certainly a racially diverse group compared to the “inherently racist” white rulers of the U.S., and we would not want to impose our values on them or be seen as being oppressive in any way as we retreat.

When he was asked about President Biden’s pledge to “get all Americans out,” Secretary Austin said, “I think we are being pretty prudent.” When asked whether he would expand the perimeter of safety for evacuees, extend the August 31st withdrawal deadline, or just leave people behind, he answered by saying we would evacuate everyone for “as long as we can.” When asked if we would go outside the perimeter to evacuate people, he said that he does not have the “capabilities” to reach into Kabul, nor does he have the “capabilities” for any large-scale extraction not near the airport.

The United States of America doesn’t have the capabilities to go into Afghanistan and do whatever we want, and need, to do? Seriously? This man in charge of running our military just told the American people, the entire world, and, yes, the Taliban currently pointing guns at Americans in that God-forsaken country that there really isn’t much we can do. He did, however, stress that he is working with the State Department to make sure that the Taliban gets the necessary paperwork they need (and most certainly respect) to let qualified people pass through checkpoints.

A bureaucrat’s response to a military problem. This is exactly what we would expect from a man who, since taking charge of what has been for over a century the most powerful fighting force in the world, has made it his top priority to promote diversity and inclusion training over training to kill people and break things. The latter is what the military is supposed to be about. The former is what produced our very sorry excuse for a Secretary of Defense.

There is a report circulating that General Milley, despite their differences, is “missing” the leadership of Donald J. Trump as President. There is also a rumor that he might be getting ready to “fall on his sword” at the end of this and resign in order to help protect Lloyd Austin from his own inept, embarrassing handling of this situation. While General Milley deserves a good deal of criticism for the role he has played in this, his potential willingness to sacrifice himself for Austin would make sense in traditional military terms. It is the role of the military for the strong to protect the weak.

Lloyd Austin is certainly weak. As a byproduct of hiring policies driven by diversity goals, he is the personified argument in favor of restoring a meritocracy in this country. Here is my “critical theory”: the citizens of the United States had better wake up, and start demanding that only people who are qualified be allowed to serve in positions of responsibility that require leadership. Lloyd Austin is a data point in the social science experiment of implementing critical race theory. Let’s learn from the science. Diversity requirements and critical race theory produce critical failures.