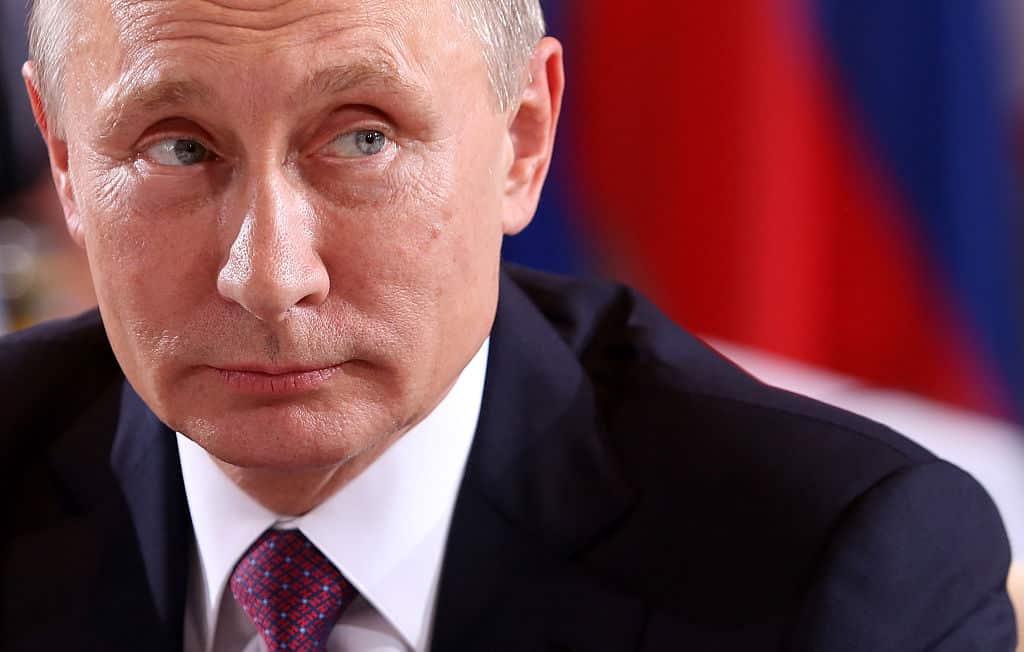 “I’ve just thought of this now,” Putin told a Russian state reporter. “I want to propose to President Biden to continue our discussion, but on the condition that we do it basically live, as it’s called. Without anything pre-recorded, in an open and direct discussion. It seems to me that would be interesting for the people of Russia and for the people of the United States, as well as for many other countries.”

The invitation comes just a day after, in an interview with ABC News, Joe Biden said Russian President Vladimir Putin will “pay a price” for his efforts to undermine the 2020 presidential election.

What’s worse, when interviewer George Stephanopolous asked Biden if he thought Putin was a “killer,” Biden replied “I do.”

Kremlin spokesman Dmitry Peskov told reporters on Thursday that "there hasn't been anything like this in history,” and it’s clear that Biden "definitely does not want to improve relations" with Russia. When asked how it can affect relations, Peskov said "it is absolutely clear how," but refused to elaborate.

“I’ll say only that these remarks by the U.S. president are very bad,” Peskov said. And we’ll be acting precisely based on this premise.”

Putin proposed the discussion be held as early as Friday.

“I don’t want to put this off for long. I want to go to the taiga this weekend to relax a little,” Putin said. “So, we could do it tomorrow or Monday. We are ready at any time convenient for the American side.”

"Biden's weakness is the laughing stock of the world," he said. "I wonder why this never happened when Trump was president?"

The Russian leader went on to comment on Biden’s health.

“I would say to him: ‘Be well.’ I wish him good health. I say that without any irony, without jokes,” Putin said.

To no surprise, in response to reporters’ questions on the proposal, White House press secretary Jen Psaki suggested the discussion was unlikely to happen.

“I'll have to get back to you if that is something we’re entertaining. I would say that the president already had a conversation with President Putin,” she said. “The president, of course, will be in Georgia tomorrow and quite busy.”

Diplomatic tensions have been at an all-time high between the U.S. and Russia following the move to recall its ambassador, which is almost unheard of in recent years. The last time Russia recalled its ambassador for consultations was in 1998 in protest over the bombing of Iraq, ordered by Bill Clinton, ABC News reports.

Relations between the U.S. and Russia appear likely to worsen in the coming weeks.