I’m Happy To Meet You in the Middle, Bruce—Any Idea Where It Is? 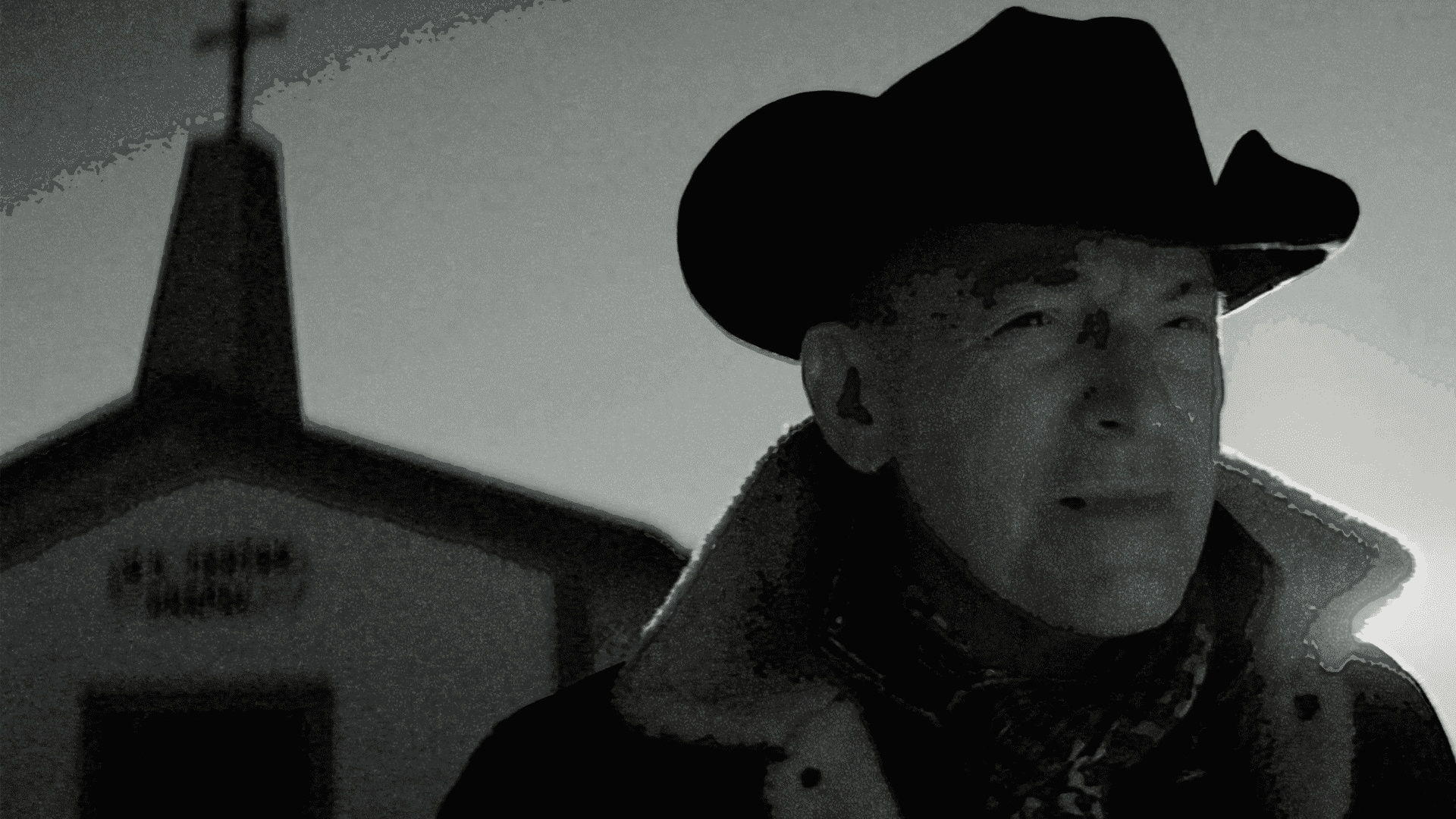 A few months ago, I wrote a piece published here at Human Events entitled “Dear Bruce Springsteen: Here Is My Letter to You.” The intention was to reach out to the Boss and ask him a few questions. He had just announced that if Donald Trump won reelection, he would move to Australia. (He later indicated he might move to Ireland). It was no secret that Sprinsteen has a deep hatred for Donald Trump, a point which Federalist Editor Mollie Hemingway documents very well in her piece from February 8th.

What would Bruce do now that he got his political wish, and had a pair of Democrat(-socialists) installed in the White House?

With the swearing-in of Biden-Harris-Biden to the presidency, Springsteen was able to cancel the movers, and now needs only to pack lightly to travel between the numerous properties that free-market capitalism has permitted him to acquire. The question then became: What would Bruce do now that he got his political wish, and had a pair of Democrat(-socialists) installed in the White House? The answer was provided during the Super Bowl when he showed up in a car ad hawking for Jeep and lecturing America about meeting in the middle.

Hemingway’s piece, which I very much enjoyed, took the route of criticizing Springsteen for talking about Americans meeting in the middle after he and others like him have spent the better part of four years demonizing both President Trump and his supporters. She rightly points out the hypocrisy of calling for the country to come together after a Democrat wins versus the calls to “resist” after President Trump’s 2016 victory.

While Hemingway was right to ask her question and make her assertion, I would like to ask a more fundamental question, one that frankly never gets asked and about which I have spent a decade researching, writing, and speaking. If Americans are supposed to meet in the middle, please tell me the middle of what and where is that middle located?

In early 2015, thanks to Charlie Kirk and Turning Point USA, I was able to publish a short booklet titled How American Broke its Wings. It was part history, part sociology, and part political science. My contention is that there is no “right wing” or “left wing,” not in any meaningful sense, and that the two terms were nothing more than pejoratives used to insult those with whom you disagree. Nobody, for example, refers to themself as a “far-right extremist,” but they will quickly call someone else a “far-left loon.” Moreover, no two people actually agree as to what the two terms mean; there is no single objective definition, just a subjective one in people’s minds.

It would take less than ten minutes to prove to America’s best and brightest that they had no idea what they were talking about when defining right wing and left wing.

To demonstrate this, I would open my lectures, sometimes at academic conferences filled with honor students, using a series of slides, each with the picture of two political figures placed side by side. For instance, Ted Cruz adjacent to Rand Paul. I would then go around the room and ask students: Who is more “right wing,” Cruz or Paul? They would then have to defend their answer. After spending a few moments on that slide, I would move to another featuring two different politicians, and ask the same question.

It would take less than ten minutes to prove to America’s best and brightest that they had no idea what they were talking about when defining right wing and left wing. Often the same person would provide answers for the two different slides, and contradict themselves with their reasoning in the process. This opening exercise was a great way to open the minds of the audience, and compel them to entertain a different paradigm for considering the structure of the American political dynamic.

The fresh framework I offered was that of “team right” and “team left.”

America does not operate on the political continuum that is most often referenced, often without awareness, when people say right wing and left wing. That conventional plane features fascism on the far right and communism on the far left. Pulling apart the absurdity of that notion is beyond the scope here, but suffice to say, the model fails both as a classification tool and as a predictive tool. It is a perfect combination of intellectual laziness and unsubstantiated assertions, one easily disproved through empirical observation. Said differently, the right wing vs. left wing model is junk.

What is empirically observable, however, and works far better as a predictive model is the realization that in virtually every circumstance or issue, America is divided into two political teams. Each team has its “platoons” much like a football team has offense, defense, and special teams. On team right we have platoons like “pro-life,” “free market capitalism,” and “Second Amendment rights.” On team left, they have platoons such as “pro-choice,” “centrally managed economy,” and “gun control.”

My interviews, performed between 2012-14 with a cross-section of people and covering 18 different litmus test issues, led me to conclude that people tend to land on the political team that supports the position that ranks as most important on their own political issue hierarchy.

This means that if my single biggest issue is a woman’s right to choose, I will end up on team left, regardless of what my other closely held beliefs are on other issues. Likewise, if I am all about my basement vault gun collection, I am likely going to end up on team right. Once a person lands on one team or another, they do what people on teams do: they cheer for their teammates. In sports, such cheering takes on the form “rah-rah,” “yay,” or “yeah, baby!” In politics, the catchphrases tend to take on a much darker tone.

The “political teams” model not only explains the current dynamic in American politics, it also serves as a very accurate tool in predicting where someone will land on an issue. In fact, it is why I was able to predict the success of Donald Trump’s presidential candidacy in March of 2015, months before he declared (yes, I have witnesses). Given the totality of Trump’s professional and public image, it was clear that he would be able to break-up the teams, if only for a moment, and cause people to abandon their teammates to support him. That is exactly what happened. It didn’t stick, but it happened.

“Meeting in the middle” is a touchy-feely term better left for a Springsteen title...

So when Bruce Springsteen urges Americans to meet in the middle, what does he mean by middle? Can he even define it? My guess is he can't. He would actually say something like, “we need to be able to come together to solve problems.” That is not the middle; that’s just common sense.

The simple truth is that whether it is Sprinsgsteen, Joe Biden, Mitch McConnell, or anyone else suggesting that we meet in the middle, there is no objective definition to what they mean. People need to understand that. There is no halfway point upon which any two people agree because no two people agree on what the two endpoints are of this so-called political spectrum. You cannot have a middle without two clearly defined ends Do you, the reader know what they are? If you do, ask the person sitting next to you. Do they have the same two in mind?

“Meeting in the middle” is a touchy-feely term better left for a Springsteen title for what would no doubt be a dynamite opening song to a three and half hour E Street Band set. In political terms, however, especially in today’s America, it means absolutely nothing. If Bruce agreed to meet me in the middle, it is quite likely that when each of us arrived the other would be nowhere to be found.

Instead, let me offer the following as a goal for how the very different team members in our nation could come together to address problems. For every government action taken, there is always some attendant loss of freedom. Government cannot pass a law without somehow limiting what some number of people are allowed to do. With that in mind, here is the question that should be asked by every citizen, and by every deliberative body when addressing any matter of policy: Just how much individual liberty am I willing to surrender in order to solve this problem?

Different people will have different answers. If they are all revolving around the above question then possibly they can strike a form of acceptable compromise. This is the most important question you can ask as a free people. Any ensuing compromise might actually just be the true synonym for “meeting in the middle.”