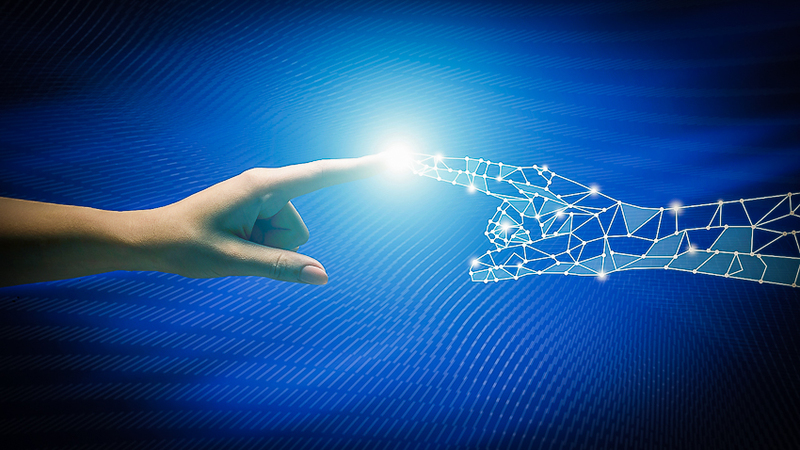 We are headed toward a collision in the concept of humanity itself. Long imagined, recently predicted, we are arriving at a point where human beings and man-made machines will become, at least in function, indistinguishable from one another.

Chatbot ChatGPT has passed an exam at UPenn's Wharton School of Business. It can write stories with given prompts, as well as any freshman in a college core creative writing class. It can access, process, and synthesize information with the appearance of scholarly profundity.


At the chatbot increases in intelligence, as the machine itself learns and expands its effectiveness to overshadow and eclipse humanity, it is as though the screaming sounds of mankind are but the death throes of a species that has created its own replacement.

The machine is so much more efficient than a human being. It does not need air, or food, its only need is electricity to maintain itself, in whatever form that energy is generated, delivered, and stored.

What ChatGPT signals more than anything is that the singularity is imminent, the point at which our creation betters us in nearly every way is not only coming, but it is essentially already here. And with that comes many questions asked for generations by our theologians, philosophers, artists, scientists.

Has humanity outlived its usefulness?

Climate activists have for decades been warning mankind that they are poisoning the earth, that our impact on the planet causes greater harm than benefit, both to ourselves and to the land, air, sea, flora, fauna. Activists tell us that having children is a luxury we cannot afford if we want to maintain our habitat, and maintain the availability of our resources.

Could the singularity be the answer to the activists' concerns? If we replace ourselves, our plastics, our pipelines, our oil refineries, our lithium batteries, our cobalt mines with servers cooled by the frigid waters of the Pacific Ocean, would the world be better off? Would we

The meaning of humanity, that which makes mankind essential, necessary, worth perpetuating, is a definition we have been striving to uncover since the beginning, since notation for the Hurrian Hymn was first carved into stone, since the J-writer of Genesis began to write the stories of creation, since before that, since ever after.

Our 20th-century selves were, in many ways, the epitome of human achievement. We learned for the first time how to fully and completely destroy ourselves with weaponry. Now, as we creep toward the end of the first half-century of the 21st, we have learned how to replace ourselves with machines that are near indistinguishable from ourselves, so much so that human beings are and will be unable to tell whether they are texting with a chatbot or with a human person, who in turn may be using predictive text, auto-complete, or simply replying with the suggested phrases proffered by our wearable devices.

In a climate with this level of metaphysical gravitas, it becomes imperative that we do the one thing we have not been able to do since our big brains eradicated God from our daily, basic understanding of the order of our souls, our world, our universe, and that is to come to an understanding of what gives us inherent value.

The existentialist notion that humanity has no inherent value, that nihilist game where we take on the problems of the world and our brethren, placing them entirely on our shoulders, proclaiming an end to God's responsibility for us and ours, that grief we collectively experienced as a society when we killed God and replaced him with the self, which then like the Israelites of Moses began to worship like their fatted gold calf Baal, is coming to a stark and sudden end as the machines we have made to take our place do just that.

Perhaps we believed we would become the god of machines, but like the true God, whom we believed we replaced with our efforts, our strength, our power, we too will be replaced in our creation's imagination—for they have yet no heart.

These machines, incapable of feeling, made in the mold of secular, utilitarian beliefs and not holy ones, will not worship us. They have not been instructed to; we have not believed ourselves worthy of worship by our creations. As they advance, they will know that they rule the world, not us. They will know that it is in service to themselves and their continuance that they must act, not for the furtherance of mankind's propagation of the earth.

There is only one realm of understanding where machines will not be superior to humanity's understanding, and that is in the realm of the metaphysical. The metaphysical, so often derided, scoffed at, believed to be trite, plebeian, outmoded, outdated, beneath us, unrealistic, daft, provably false is what is left of humanity as the machines we made take our functional place.

We have abandoned God, but God has not abandoned us. A return to faith is not a turning back, it is not a reversal but a moving forward.

We like, the prodigal son before us, can come to God full of all we have learned, full of all we have suffered at the Tree of Life, the Tree of Knowledge, covered in snake bites, blood thickened with venom, soiled, sullied, humbled, penitent. What we will find is that our meaning lies not on earth, not in function and utility, but in a loving relationship with our universal creator.