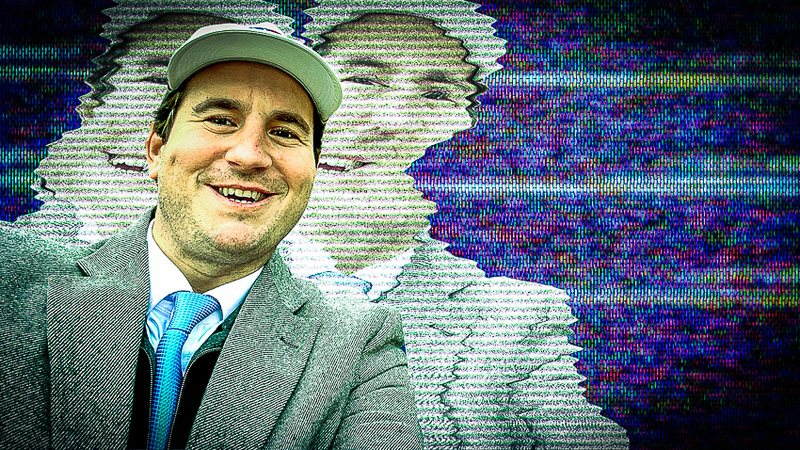 
Comedy is one of the most powerful tools in the pop culture war. Regardless of someone’s political beliefs, he or she can’t stifle a genuine laugh. Since the Woke Wars began, the first line of defense against the woke mob and cancel culture has been comedians -- Andrew Schulz, Joe Rogan, Ricky Gervais, Dave Chapelle, among many stunning and brave others. In that same vein, this week’s guest, Alex Stein, is a worthy pop culture warrior.

Thanks to Ann Coulter, I met Stein at her Leadership Institute-sponsored lecture at Texas A&M in November last year. There is nothing like seeing people’s faces in the first few seconds of a Stein viral moment in the making as they wonder, “Wait, is he serious?” Often their conclusion is “Maybe?”

Stein’s first TV appearance was on the reality show, The Glass House, in which he set his mind on becoming “the most epic villain” on the show and was successful. He was the first one eliminated from the house. In recent years, Stein has gained attention and laughs for his epic townhall meeting appearances and viral moments with Reps. Alexandria Ocasio-Cortez, Eric Swalwell, and Dan Crenshaw. He has appeared on Tucker Carlson Tonight, TimCastIRL, The Political Insider, among many other outlets.

He’s not just “baby Tucker” and a “pimp on a blimp,” he’s the Andy Kaufman of Pop Culture Warriors.

Q: What do you think Andrew Breitbart meant by "politics is downstream from culture"?

Stein: It’s funny that you asked me about Andrew Breitbart because he was a genius. He was one of the first people to bring up the fact that John Podesta was allegedly involved in some sort of child sex trafficking rumors that didn’t come to light until Jeffrey Epstein was exposed. Andrew was a legend and incredibly insightful. I think that political figures are the nerdy kids trying to fit in with the cool kids and because politics are downstream from culture is why a person like Donald Trump was able to get elected because he was such a huge figure in the collective consciousness of society, also known as a zeitgeist.

Q: Who inspires you?

Stein: I’m really inspired by my dad. Watching and growing up in a bail bond business my whole life, I see how hard my dad had to work. Creatively, I am really inspired by Andy Kaufman, as well as Sacha Baron Cohen even though, politically, we disagree on almost everything. The other thing that inspires me is that it wasn’t very long ago that I was selling cars in the hot Texas sun to make a living. Making money doing something you hate is not a good life. I would rather make no money doing something that I love, but luckily for me, I’ve been able to figure a way to monetize the content I create for the masses.

Q: What was your childhood pop culture obsession?

Stein: As a kid, I was a pop culture junkie. I loved Ghostbusters and Teenage Mutant Ninja Turtles, and MTV, as well as celebrity gossip magazines in the grocery stores. I’ve always loved the idea of a Hollywood era during the golden age of television and media, so I grew up indoctrinated by all things pop culture. Now that I’m all right, I kind of look at all that stuff like materialistic garbage, but that doesn’t mean that it’s not interesting or still fun to talk about.

Q: Tell us about the last movie, TV show, book you consumed for entertainment.

Stein: Sadly, because most entertainment is a bunch of Hollywood garbage today, I very rarely find myself keeping up with the newest water cooler movie or television show. However, almost every day, I go back and watch old Howard Stern clips from his E! show in the late 1990s and early 2000s. I kind of study the footage. I think about the nostalgic topics they are talking about, and it makes me feel warm and fuzzy inside, reminiscing over time in the early 2000s and late 1990s. The world was in a much better place in my opinion. That said, I haven’t seen a movie in the theater in over a year, probably two years, but I’m thinking about seeing the new Brendan Fraser movie, The Whale, because Brendan Fraser is a great actor. I always loved Encino Man, as well as The Mummy and lots of other Brendan Fraser Classics.

Q: What would you say to readers who say they’ve opted out of the pop culture war?

Stein: Honestly, I don’t blame any reader for wanting to opt out of a pop culture war because in my opinion, all war is bad. But pop culture is what entertains us. It’s what’s popular. It’s what people are talking about, so unless you truly want to disconnect and go live in the woods with no Internet or TV, then you can’t hide from popular culture. You can’t avoid it in your everyday life. Think about the Macarena or Gangnam Style or the Ice Bucket Challenge or the Johnny Depp trial or the O.J. Simpson trial. Some things in pop culture are so big that your life can’t help but be affected by it. That said, if you can ignore the drama and get enough serotonin and dopamine from your everyday life interactions, skip the pop culture war, and just have a fun, pop culture life.

Q: What can readers do to support you and your projects?

Stein: The best way to support me would be to just watch and share my videos on YouTube, Instagram, and Twitter. Anyone who truly wants to help me, please share my content because I think that is the most important thing at the end of the day. When I make content, I just want people to see it and hopefully ask some questions about the reality in which we live in! So please share away!
alex stein