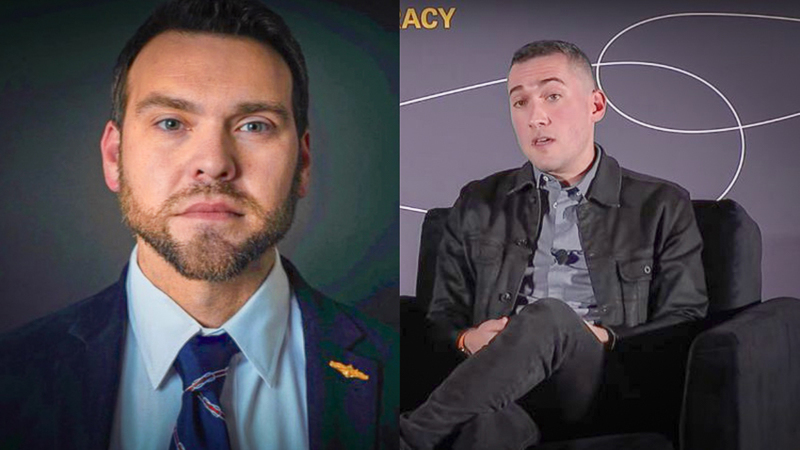 jack poso yoel roth
Yoel Roth, the former head of Trust and Safety at Twitter, was an intelligence asset, according to Human Events Daily host Jack Posobiec, who accused him of also being a "useful idiot," for the left, something that Soviet Union defector and for KGB agent Yuri Bezmenov, a former high-ranking official in the USSR, said was something necessary to destabilize a country.

Bezmenov warned that the extreme leftist serves the purpose of destabilizing countries. "They are instrumental in the process of subversion, only to destabilize a nation. When the job is completed, they are not needed anymore. They know too much."

"The great Yuri Bezmenov, a KGB defector, talks about ideological subversion and the destabilization of a nation. Why did I choose to play that clip today to open the show? Because of an individual who I believe was himself one of these useful idiots that Yuri was warning us about. His name is Yoel Roth," said Posobiec," Posobiec said to start the show after the introductory clip featuring Bezmenov.


"Yoel Roth is the former head of Trust and Safety at Twitter," Posobiec explained. "This guy, a complete nutjob, wrote a dissertation on his own personal use of the Grindr app at UPenn, a wonderful bit of research for the world. And then he goes on to have the ability and power to make his own personal whims and judgments decide what people are allowed to speak in public, the censorship of a sitting President of the United States, the censorship of specific terms, and it's all based on his opinions. Not on any fact or logic, just on whatever Yoel Roth decided."

"When I look at these meetings that Roth was holding... You've got the FBI and the Department of Homeland Security meeting with him week in and week out.

"... I think we know what it means when the FBI is building relationships. It's called asset recruitment. Yoel Roth was being run as an intelligence asset, and we see this more and more with the destabilization of our nation.

Roth has been receiving a lot of attention as of late. The former Twitter head argued in "favor of children being able to access adult Internet services in his PhD thesis," according to new Twitter CEO Elon Musk.

Musk tweeted an excerpt from Roth's thesis, portions of which read, "...it's worth considering how, if at all, the current generation of popular sites of gay networked sociability might fit into an overall queer social landscape that increasingly includes individuals under the age of 18."

"The fact that people under 18 are on these services already indicates that we can't readily dismiss these platforms out of hand as loci for queer youth culture," Roth said. "Rather than merely trying to absolve themselves of legal responsibility or, worse, trying to drive out teenagers entirely, service providers should instead focus on crafting safety strategies that can accommodate a wide variety of use cases."

Roth also previously tweeted a link to an article titled "Student-teacher sex: When is it OK?"