Jack Posobiec and Tyler Bowyer: 'It's Never Too Late to Start a Family'– The Proper Response to the Hidden Dobbs Voter 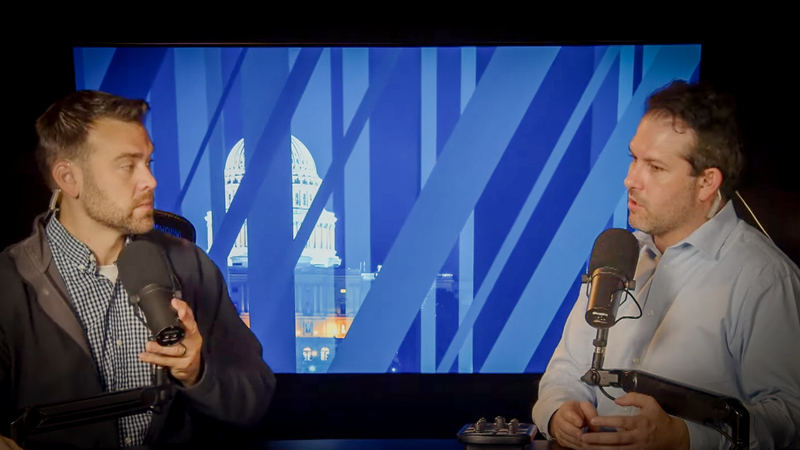 On the most recent episode of Human Events Daily, Host Jack Posobiec was joined by Turning Point Action Chief Operating Officer Tyler Bowyer. The pair discussed the "hidden Dobbs voters" that many are crediting with preventing the expected "Red Wave" during the 2022 Midterm elections.

Exit polls show that unmarried women heavily favored Democrats, and many analysts are suggesting that enthusiasm over "reprductive rights" may have driven them to the polls in droves. Bowyer suggests that the Right's proper response to the message from this demographic is to encourage more people to have families, lamenting that many adults are choosing not to start families because they feel they have missed the opportunity to do so.

“Every single person has a family member, has a friend, who is in that category," said Bowyer. "We have to be supportive and say: You know what? You’re never too old to start a family."

Posobiec agreed, calling it a “huge issue” that goes “beyond politics," and noting that Bowyer's sentiment is “how you answer” the “hidden Dobbs voter.”

“You don’t answer that by screaming and yelling and getting nasty. You answer that by saying: family, children, husbands and wives, couples getting together, raising kids," said Posobiec.

"You will have conversations, I promise you. If you haven’t had one yet, it’s going to happen now, like all of a sudden this week or next week, where you have a friend who just says says “Yeah…I’ve just kind of given up on that idea. And guys, I’m telling you right now, people who do that become angry.”

“That’s the avatar of this,” the pair agreed.

“This is the gasoline that ignites this, right?" Bowyer added. "Which is like, what is the energy that keeps going that makes people so angry and just makes people want to push for abortion constantly through the remainder of their life? It’s this.”

“It’s entropy,” said Posobiec. “It’s them knowing that if I can’t have this, nobody can have this....And it’s also sort of a justification of their own decisions in the past, moving forward to say well ‘I came out perfectly fine and there’s nothing wrong with me.’ Even though deep down, they know it’s not. And I love what you’re saying though because…you’re offering people another way. You’re never too old to start a family. There’s another way.”

“That is the lost goldmine that exists in America, that we have to reignite," Said Bowyer. "And that we can be at the heart of. And it’s very simple stuff like that that changes the movement.”