ROGER STONE: I Attended My First Trump Rally Since 2016 – And It’s Clear We Will ‘Make America Great Again’ Again! 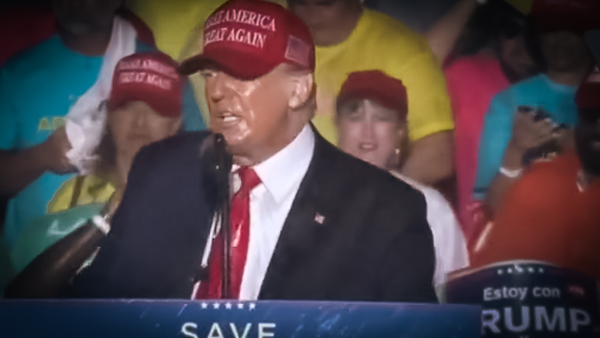 rally
The moment I arrived at President Donald J. Trump’s rally in Miami, I felt an energy I haven’t felt since 2016. Walking along the massive sea of red hats waiting for the gates to the outdoor rally site to open, I got an Elvis-like welcome from thousands of patriots braving the blistering heat to hear President Trump speak.


At the rally, Trump gave effusive support for Sen. Marco Rubio, along with a slate of Republican candidates in the state of Florida. While Governor Ron DeSantis was not in attendance, Trump did endorse him in his re-election bid, despite referring to him as ‘Ron DeSanctimonious’ just a day earlier due to his repeated failure to rule out a Trump challenge for President in 2024.

The last Trump rally I attended was in 2016. As anybody reading this knows, Trump had a level of support unheard of in politics at that time. He was treated more like a rockstar than a politician, despite everybody in establishment politics dismissing him as nothing more than a joke.

And despite five years of additional lies, two impeachment hoaxes, a stolen election, and a corrupt kangaroo court spending the past year claiming Trump is a criminal, his support has only grown since then.

This rally, in deep blue Miami, was unlike anything I’ve seen in politics. The crowd was overwhelmingly Hispanic, which is unsurprising consider the demographics of Miami, and Trump’s massive support from Cuban Americans.

Trump went for over an hour, with the crowd clinging on his every word. But in the last fifteen minutes, his speech shifted from being less a political rally, and more a spiritual experience.

President Trump, with background music setting the scene, began speaking about how our country is in decline. And just a few minutes into this portion of the speech, as twilight began to set in, dark clouds that had been moving in began to produce a massive rainstorm. While those storms likely would have sent any other politician, and their supporters, fleeing to their cars, Trump continued with more fervor than he did at the start of his speech.

Anybody who had the honor to be in the crowd will certainly tell you, along with President Trump himself, that this was perhaps his greatest rally yet.

That entire portion of his speech is worth watching.

I was also humbled to get a shoutout from President Trump, who pointed out me and my wife Nydia from the stage.

Being friends with Trump for over 30 years, I instinctively knew that he was not going to announce at the Ohio rally the day after the Miami rally, despite predictions from Rep. Matt Gaetz and others.

But I certainly do believe that he will run in 2024, and that he will win. I felt the same energy I felt in 2016 on Sunday. And if there is one thing I’ve learned in my longtime friendship with the President: You never bet against Trump.