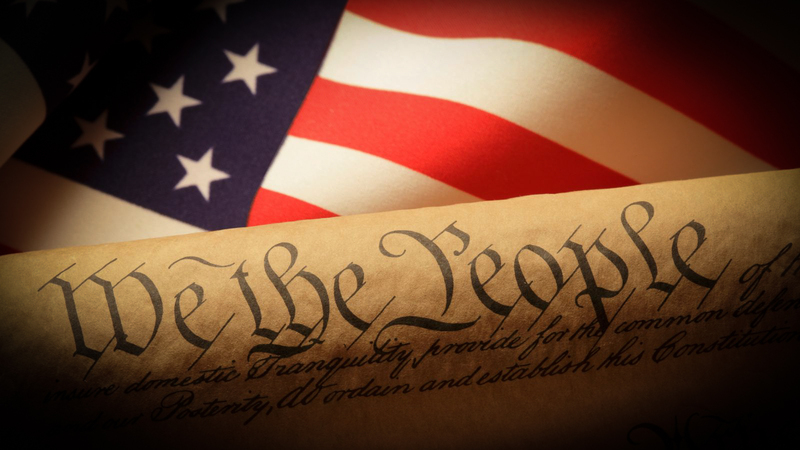 constitution by Celine Ryan
In 2005, Nobel Laureate James Buchanan proposed a “Fiscal Responsibility Amendment” to the U.S. Constitution. The amendment would require that Congress “should restrict estimated spending to the limits imposed by estimated tax revenues.” This requirement for an annually balanced federal budget could be waived upon approval by a supermajority vote in the House and Senate. The exceptions would allow deficit financing for extraordinary expenditures, e.g., major wars and natural disasters.

Buchanan argued that “fiscal irresponsibility stares us in the face and calls out for correction.” The need for a Fiscal Responsibility Amendment is greater today than it was two decades ago. For the past half century, the federal government has incurred deficits and accumulated debt at an unsustainable rate. The statutory fiscal rules enacted to constrain federal spending and debt have been abandoned and the budget process is broken.

We have learned a great deal about fiscal discipline over the past two decades, and this has resulted in a “Second Generation” of fiscal rules. Second Generation fiscal rules differ from that proposed by Buchanan because they do not require an annually balanced budget. Some new fiscal rules require a “cyclically balanced” budget, with deficits in periods of recession offset by surplus revenue in periods of expansion over the business cycle. Other fiscal rules require “structural balance” over the long term. These fiscal rules usually cap the growth in expenditures linked to the growth in tax revenue, where revenue estimates are adjusted for long term changes, such as economic growth, structural change in the economy, demographic change, inflation, and other measures of aggregate economic activity. Some Second Generation fiscal rules provide for both a cyclically balanced budget and structural balance in the long term. Fiscal Responsibility Amendments incorporating the new fiscal rules have been proposed by legislators and private organizations.

Alternative designs for a Fiscal Responsibility Amendment have been proposed by private organizations as well. In my book Restoring Sustainable Macroeconomic Policies in the U.S., John Merrifield and I propose a Fiscal Responsibility Amendment based on the Swiss debt brake. The Swiss debt brake was enacted as a constitutional amendment through citizen initiative, with support from 85 percent of the Swiss electorate. The Swiss debt brake is a cyclically balanced budget rule. It also caps the growth in federal expenditures to the long run growth in potential output. If deficits are incurred over the business cycle, they must be repaid with surplus revenue over a six-year period. Swiss style fiscal rules have been enacted in a number of European countries and have been adopted by the European Union. Merrifield and I use dynamic simulation analysis to show that with Swiss style fiscal rules in place the United States could balance the budget and stabilize debt over the next two decades, just as the Swiss have.

There are tradeoffs in the design of a Fiscal Responsibility Amendment. When fiscal rules rely on estimates and forecasts of aggregate economic activity, they are subject to uncertainty and political bias. But Second Generation fiscal rules have clear advantages over annually balanced budget rules such as that proposed by Buchanan. The new fiscal rules provide more flexibility in fiscal policy, allowing for automatic stabilizers in revenue and spending over the business cycle, while constraining discretionary fiscal policy. This flexibility has proven to be crucial in allowing legislators to respond to economic shocks while constraining discretionary fiscal policy in the long term.

Article V of the U.S. Constitution provides that citizens, through their state legislators, as well as Congress can propose amendments to the U.S. Constitution. In the current political environment, it will be difficult for Congress to muster the supermajority vote to pass a Fiscal Responsibility Amendment. However, significant progress has been made in Congress to allow citizens to propose a Fiscal Responsibility Amendment through an Article V Convention. Arrington and other cosponsors have introduced HCR 101 calling for an Article V Convention of the States to propose amendments. That legislation mandates that the nation’s Archivist store and count the many Fiscal Responsibility Amendments that have been submitted over the years, and once the requisite number of applications has been received, to notify Congress that it must call the convention. Recent research of the Congressional Record has discovered that the requisite number of state applications was achieved in 1979, yet Congress failed to act.

Critics argue that a Convention of States to propose amendments could “runaway.” This is false and just serves to sanction the unsustainable status quo. Our nation’s founders knew that they didn’t get everything right for their generation or for future ones. They anticipated that Congress could fail to act in connection with critical national issues and incorporated in Article V the right of the states to also propose amendments. We can no longer count on Congress to put our nation’s finances in order. An Article V Convention to propose a Fiscal Responsibility Amendment to the Constitution is needed to provide the necessary correction.

Critics also claim that a Fiscal Responsibility Amendment would cause instability and a fiscal crisis. The fact is that Second Generation fiscal rules have allowed European countries, including Switzerland, Germany, and Sweden, to restore fiscal stability and sustainable debt. Americans must understand that the United States is incurring unsustainable deficits, and that a Fiscal Responsibility Amendment, whether proposed by Congress or by an Article V Convention of the states, may be our only hope for avoiding a debt crisis.

Barry W. Poulson (media@heartland.org) is Emeritus Professor of Economics at the University of Colorado.