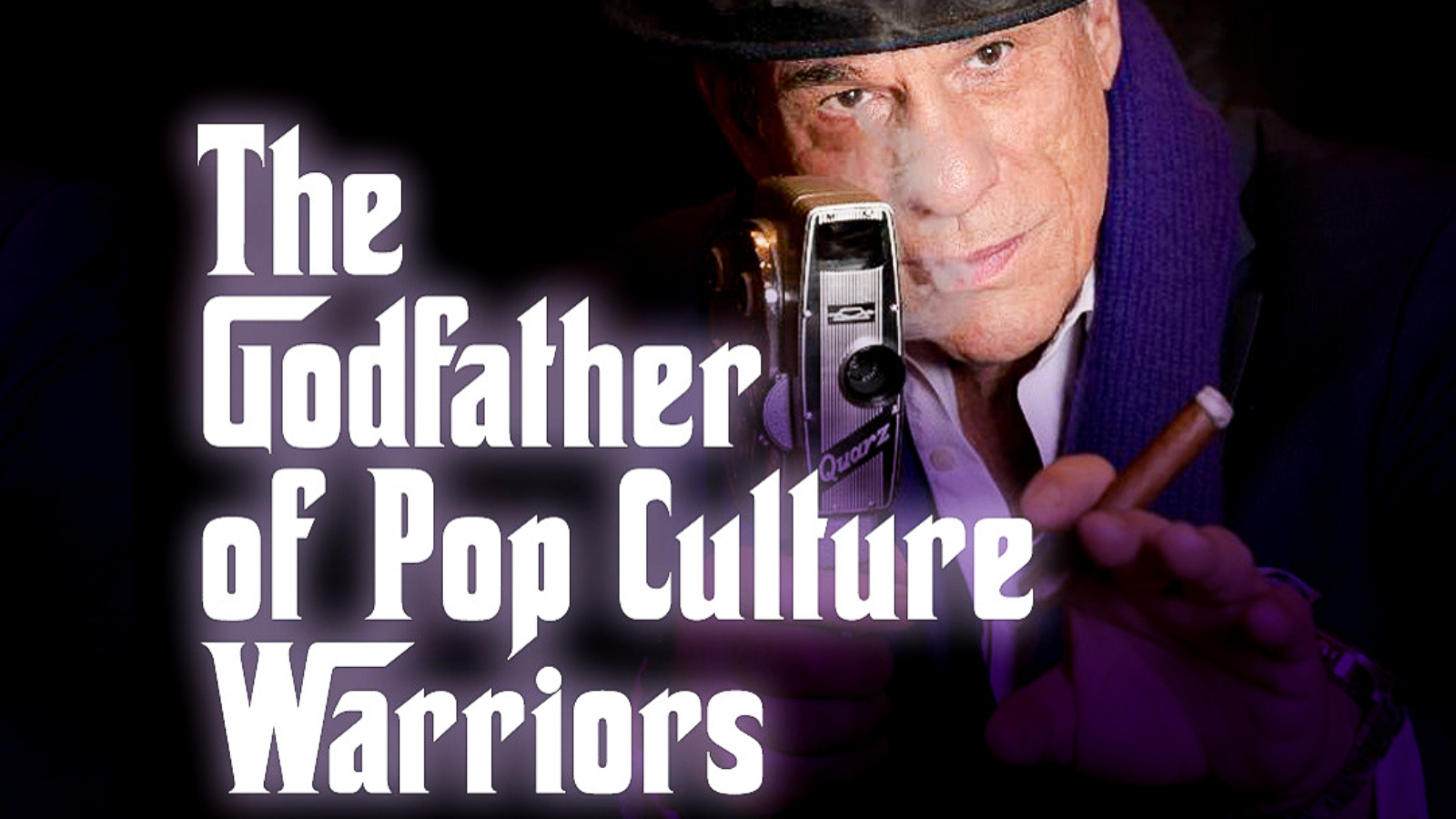 When I had the idea to highlight Pop Culture Warriors in Human Events in late 2021, there was no doubt who I would ask to interview first. Unfortunately for me, he has been very busy and you’ll soon find out why.

Actor, singer, and director Robert Davi is the Godfather of Pop Culture Warriors.

Every four years a handful of actors peek out from behind the Hollywood sign to endorse the Republican presidential nominee. Then they retreat into the wilderness of LA. Robert Davi is the rare exception. He is the Godfather of Pop Culture Warriors because he has been front and center for many years beyond the political endorsement as a prolific writer and activist. He is often ahead of the politicos who do it for a living.

His latest project, the feature film My Son Hunter, is also ahead of the curve in how it tells a story of debauchery and corruption among the powerful.

Davi has an iconic career in TV and movies. No doubt you’ve seen him as one of the Fratelli brothers in the cult hit, “The Goonies,” as an FBI agent in “The Profiler,” and my favorite Bond villain in “Licence to Kill,” among many, many other movies and shows.

Davi may play the villain in many movies, but he’s my pop culture hero.

What do you think Andrew Breitbart meant by “politics is downstream from culture”?

As we can see the left has a strong hold over influence in messaging, in media, in entertainment, in education. Marx and Lenin knew this they from the beginning. Capture culture and you capture the soul of a nation. The Left understands this, the right has always veered away from culture in certain aspects. Even today the right doesn't support enough voices that can appeal not just to their own echo chamber but those able to reach out and communicate to the middle. The Left honors and supports creatives, the Right falls asleep for the most part. They must WAKE UP and I believe it is happening. The discussions I had with Andrew were always his impassioned pleas - Politics is downstream from culture. We see today the youth has been indoctrinated. Ronald Reagan warned the nation in his final speech in 1988. I wrote about it on Breitbart the week Trump won, saying the most important thing was to heed Reagan’s warning to the American people. We have the influx of third world immigrants, and we have an educational system that has lobotomized our youth.

My knowledge of God and a force beyond nature that I have always felt within. Looking into the eyes of my children and seeing past generations. Seeing all people and our common humanity and foibles. In my work, there are many who have inspired me in acting, music, and politics those who have aspired and achieved. Of course, Sinatra.

My first concert happened in 1977. I did my first film with Frank Sinatra. In the middle of filming, he gave a concert at Forest Hills Tennis stadium on July 16, 1977, a Saturday night. I was picked up in a limo that Mr. Sinatra arranged.

Dr Zhivago and The Fountainhead. both films have a huge message for today and I wanted to revisit them. If you haven't seen them, please do!

Please galvanize and realize that you cannot be discouraged. One of the most important things we can do is the last thing Ronald Reagan said in 1988 in his farewell to the American people:

“Finally, there is a great tradition of warnings in Presidential farewells, and I’ve got one that’s been on my mind for some time.

But oddly enough it starts with one of the things I’m proudest of in the past eight years; the resurgence of national pride that I called “the new patriotism.” This national feeling is good, but it won’t count for much, and it won’t last unless it’s grounded in thoughtfulness and knowledge.

An informed patriotism is what we want. And are we doing a good enough job teaching our children what America is and what she represents in the long history of the world?

Those of us who are over 35 or so years of age grew up in a different America. We were taught, very directly, what it means to be an American, and we absorbed almost in the air a love of country and an appreciation of its institutions. If you didn’t get these things from your family you got them from the neighborhood, from the father down the street who fought in Korea or the family who lost someone at Anzio. Or you could get a sense of patriotism from school. And if all else failed, you could get a sense of patriotism from the popular culture. The movies celebrated democratic values and implicitly reinforced the idea that America was special. TV was like that, too, through the mid-Sixties.”

AN INFORMED PATRIOTISM! My dear fellow Americans, this is a NATIONAL SECURITY ISSUE! Not many people bring this up, and this was Ronald Reagan’s most important warning!

Education and Culture in America has been besieged by an American Amnesia. Our youth has been indoctrinated and deliberately confused. Our massive problem with immigration has given us the largest number of unassimilated immigrants in the history of our nation. Instead of teaching American History, what is now taught is the Bill Ayers-inspired communist Marxist progressive multi-cultural battle cry that America is a nation that should be gutted and have its heart ripped out and replaced by a socialist moral relativism that has nothing to do with National Pride but instead worships at the feet of the Globalists. Today’s films, television and music further split us apart under the guise of leading us toward an enlightened civilization, while in fact it is all about an agenda that erases God and Country from our discourse and replaces them with a teardown of the American experience, erases institutions and replaces them with a pre-Judeo-Christian pantheism.

Take the current rioters: while some are subversive anarchists, bought and paid for by George Soros, there are others who are absolutely sincere in their protest. But those sincere souls I believe are protesting because of a failure, or should I say deliberate attempt, by left-wing educators to not fairly teach but to propagandize and preach to students. I wrote about this danger several years ago. The question is: knowing schools across America are failing, knowing that textbooks are being rewritten to purposely lobotomize our history, is anyone surprised that we have such a divisive nation? An uninformed, indoctrinated youth and immigrant population is how the Progressive Communist left and the GOP elites gerrymander elections.

This is the crisis Ronald Reagan understood was the danger facing America.  We the People are feeling it but unable to articulate, we have a responsibility and an unprecedented opportunity to ensure that we implement in our schools a mandate in American History and Civics that protects not only an understanding of the Constitution, but the very survival of an America our Founders set forth. I call for a “New American Patriotism,” So please do not opt out of the Culture war, Embrace it .

On an immediate level to go to MySonHunter.com and preorder the film. It will be available for streaming and download from September 7th on. I wish to thank Breitbart for releasing the film and the unreported story society for producing it, with a screenplay Brian Godawa wrote and we then worked on when I was asked to be director. And thanks to my cast Laurence Fox, Gina Carano, John James, Emma Gojkovic and all other cast members. Also, we shot the film in Serbia, so I want to thank the Serbian crew from the line producers who were fantastic and gave me the tools to make the film I had envisioned to the set designer to the all the camera crew who worked so beautifully efficient to my cinematographer, Vlad Ilic, and the people of Serbia who understand how precious Freedom is.