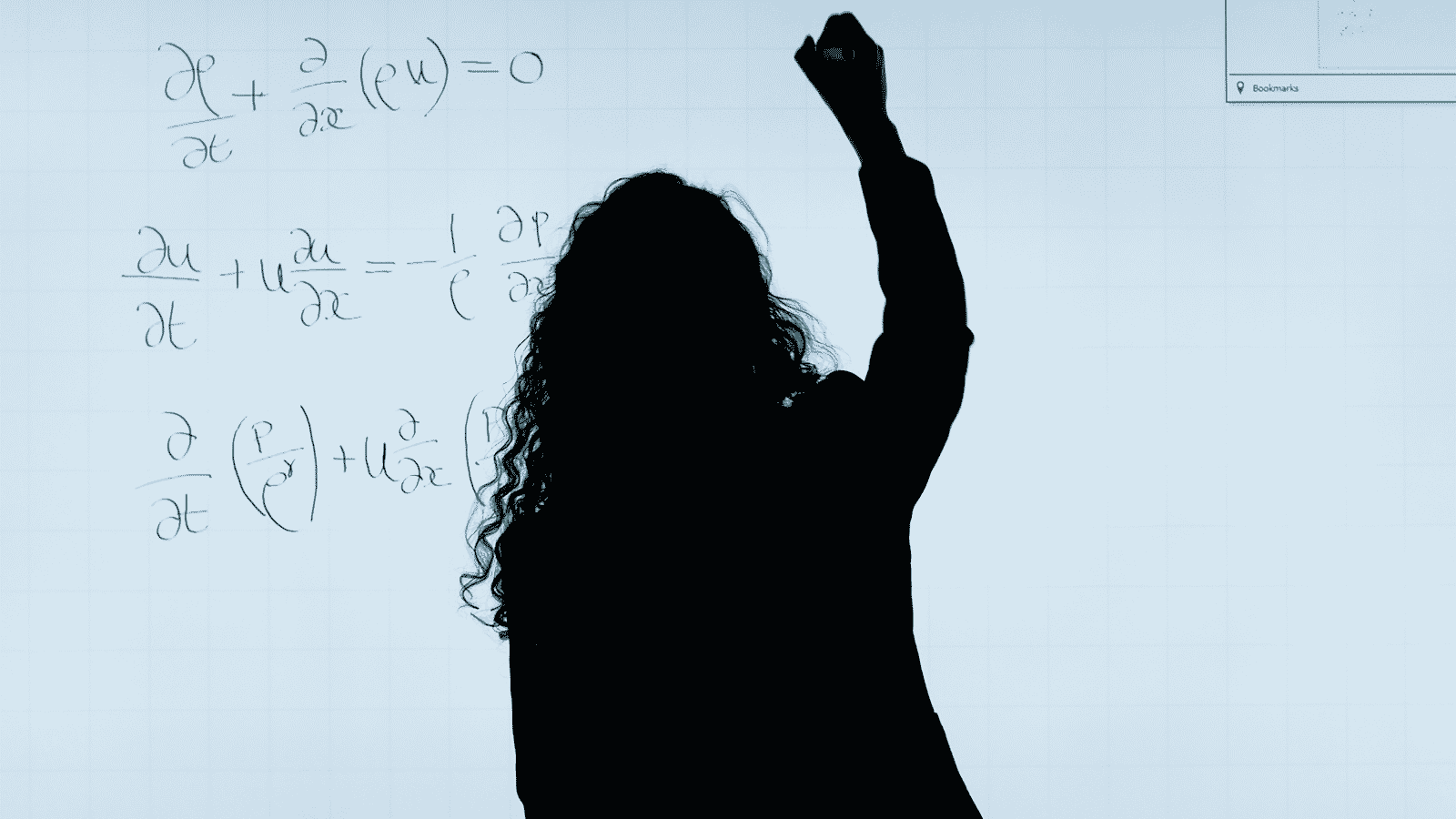 I am an adjunct professor at a public university with past experience teaching college freshmen from underprivileged backgrounds.

My students who had the fewest opportunities and resources entering college were the constant standouts. They tried harder, contributed more, and cared the most about self-improvement. Those students embodied the point of a higher education.

But as a teacher, I am disgusted that our nation’s public education system has failed so many college-bound high school students. High school students enter college unprepared for the experience and then on college campuses, they are coddled by a system that more resembles a sleepaway camp than an institution of learning.

I argue that the problem underlying the diverse set of private and public educational institutions in this country is a self-centered approach to education.

Teachers’ self-centered approach privileges their preferred social narratives and identities over students’ needs. Teachers who instruct based on their own identities and preferences safeguard this practice by inserting ‘my truths’ and ‘lived experiences’ in the curriculum, which make publicly criticizing those ideas cruder and less socially acceptable.

Both phrases contain afternotes of Orwellian “doublespeak.” What experience is not lived and does a person’s truth differ from a person’s opinion?

This problem transcends secondary schools and higher education. As a result, the problem is pervasive and has spilled over into broader political debates.

But worse, the problem disserves the students most determined to pursue academic excellence and in need of those skill sets the most.

College does affect primary and secondary education. The heated school board meetings last year prove that American parents have had enough of activist educators’ selfishness.

I believe that the fallout from the school board controversies reveals the harm done to students by this approach, as well as how self-centered activism in higher education impacts ordinary Americans and their children.

The school choice movement’s recent successes show that this country is fed up with the current education system.

Arizona is about to expand school choice for all eligible students in the state. On June 24, the state legislature sent HB 2853 to Governor Doug Doucy’s desk. The bill removes restrictions on school choice eligibility and makes funding available for in-state K-12 students starting with the 2022-2023 academic year.

By the end of this past academic year, most states had withdrawn membership or some level of involvement from the National School Board Association (NSBA), whose president had described parents’ involvement at school board meetings as “domestic terrorism” in a September 29, 2021, letter to President Biden.

On Oct. 22, the NSBA issued a statement of apology. “[T]here was no justification for some of the language included in the letter,” the statement read.

The parents who did show up to board meetings in 2021 were not terrorists. They were angry at the adults corrupting their children with radical progressive policies on false Critical Race Theory narratives, transgender bathroom access, pornographic reading material, and drag shows.

And that is nothing to say of draconian COVID-19 restrictions pushed by teachers' unions that risked children’s mental health and learning potential.

In practice, these school policies demonstrated to parents they were no longer in charge of their children’s safety or well-being, because those with the correct progressive politics apparently knew better.

The parents’ outrage was justified.

That same year in Loudon County, Virginia, not far from the office of Campus Reform, where I serve as Editor in Chief, the school board allegedly covered up a transgender student sexually assaulting a female classmate in the girl’s bathroom.

The incident last year made national headlines partly because the school district relocated the offending teenager, which enabled him to allegedly assault a second girl in the same calendar year.

Those actions made it clear to parents that the school board cared more about proving its progressive politics correct than the safety of its female students.

The sense that those in charge of education care more about being right than being responsible underlies parents’ outrage against those educators who refuse to put students first.

I have a Ph.D. and now teach mid-career professionals in a doctoral program, but I’ve also tutored middle and high school students. In the last few years, especially, I have seen interest in students’ intellectual development erode and self-centered activism take root in classrooms.

What does self-centered activism look like in higher education?

Last month, I wrote an editorial for Campus Reform on Fat Studies, the academic field that uses intersectional, queer, and Marxist politics to argue that being obese is to be oppressed by fascist health practices and rhetoric.

For the sake of brevity, my editorial contained only a handful of examples of published academic work in Fat Studies. But in my research, I was hard put to find one article or project not conducted by an obese scholar who channeled whatever resentment he or she had about his or her own body in the research objective.

These scholars feel oppressed because they cannot eat what they want without consequences. That is not oppression; it’s science.

Fat Studies is not just an example of this practice in academia.

Such self-centered research drives much of academia today. I have seen it firsthand, but the institutionalized success of academic jargon makes it difficult to expose to mainstream audiences. Higher education cloaks its fault lines in terminology too inaccessible to be critiqued by a critical mass outside of the system.

That inaccessibility is how activist administrators and professors keep their power.

The most accessible example of this trend may be Nikole Hannah-Jones’ "1619 Project," which was debunked by historians in 2020. But that doesn’t stop college instructors from teaching its revisionist narratives in 2022.

Hannah-Jones herself said the work “is not about history” the year of its debut and The New York Times’ subsequent post-publication edits.

If the 1619 Project is not history, or even thoroughly vetted completely prior to publication, then it lacks academic value. But without academic value, why are college instructors teaching the text?

The narratives confirm a predisposed political bias that is convenient for an institution that does not feel the need to explain why social justice training is part of the curriculum.

Political selfishness kills curiosity. As a result, there is no intellectual curiosity left in higher education. Academics are not interested in getting outside of themselves any more than they are interested in the possibility that they might be wrong.

The left’s radicalization over the last decade is well documented, as is the leftist domination of college campuses.

During that time, as the fight for marriage equality transformed into forced preferred pronoun usage, the same universities that were incubating self-centered leftism were also training graduate students to become K-12 teachers.

Education colleges connect progressive radicalism on college campuses to American society at large. Public schools are the conduit between academic ideas and ordinary life; and they are now staffed by those trained in Critical Race Theory and transgender ideology, to say nothing of other leftist ideas.

Many on the left argue that Critical Race Theory is not taught in K-12 schools. Thanks to several state bans, there are examples of it not being in the classroom. However, teachers trained in and influenced by the framework are in the classroom championing its falsehoods.

A professor of teacher education at Michigan State University recently confirmed to both Campus Reform and a local news station that Critical Race Theory does influence K-12 teachers.

Education colleges are the backdoor through which progressives’ political agenda pollutes the nation’s education system.

The Twitter account LibsofTikTok aggregates primary and secondary school teachers’ video posts. In many TikTok videos, teachers explain the time they take to teach students how pronouns and sexuality work; in many cases, these are the teacher’s own pronouns and gender identity.

In a country in which only 34% of Americans can find Ukraine on a map, teachers spending time on their personal lives is an immoral waste of time.

The school day and year are finite in duration. Therefore, for every new topic introduced, there is one that must be removed to make room.

Every student deserves the opportunity to reach his or her potential. For them, is nothing in math, science, history, literature, or even physical education less important than their teacher’s private life.

Relatedly, teachers needing affirmation from their students to do their job says more about them than it does impressionable children and teenagers. There is something fundamentally wrong about an adult that needs such approval from those under 18.

I suspect these queer teachers who did not have an ideal high school experience are now in school trying to find approval retroactively from their peers by making their students accept their life choices.

But as critical as I am of those authority figures in education that prioritize themselves over students, it is not enough to criticize.

As an educator, I am responsible for the intellectual development of others.

For that reason, I am passionate about making students independent critical thinkers. Classrooms discussions should be rigorous in which everyone feels enabled to disagree respectfully while bringing forth new perspectives based on evidence, logic, and reality.

I do not share my personal politics in the classroom, and it makes no difference to me how my students identify politically or sexually. What is important is that they understand why no so-called lived experience is a substitute for rigorous research and analysis.

But most importantly, my teaching methodology is based on curiosity. Pedagogies such as conference-style learning facilitate debate in humanities classrooms. Any student that voices an opinion better be able to understand and articulate the counterargument.

The sad state of public education leaves too many students at all levels ill-equipped to process their opinions and explain what they think, but also how they think.

As a teacher, I am not satisfied until every student in my class can articulate his or her opinion, how they arrived at that conclusion, the counterargument to that assertion, and then the rebuttal to that challenge.

It’s not enough to feel something or be a certain identity. And that is where so many progressive and leftist educators fail students.

These educators only want to celebrate students as perfected individuals – unless they are heterosexual White men.

No individual is perfect or perfectible. We can only strive to do better by acquiring knowledge and understanding the complexity of both individuals and the world.

That process requires skill sets that teachers can help students cultivate and acquire. But students will never master them if their days are subjected to the preferred cultural politics of their self-centered instructors.