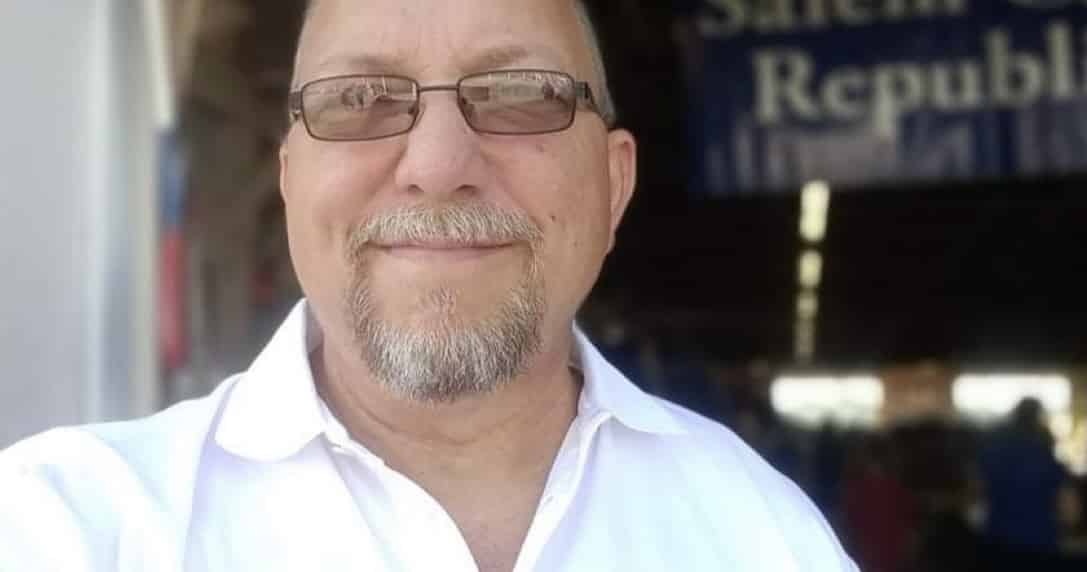 It is easy to look at the results of any one election cycle, or any one particular election, and be tempted todraw too much from it in the way of inferences regarding new trends or changes in the electorate.  As a rule, we are easily fooled by things that have just happened and tend to take them more seriously than we should.  People who follow politics can quickly get overly worked up and excited.

There are exceptions to that rule, and I believe one can be found in the election of truck driver Edward Durr to the New Jersey State Senate from that state’s 3rdDistrict.  Durr, who has never held a political office, on Tuesday defeated (pending the receipt of any last-minute discovered bags of ballots) the Senate President for the past 12 years and longest serving state legislator in New Jersey history, Democrat Steve Sweeney.

It was initially reported that Durr’s campaign onlyspent $153 on his effort, with that money that was split between Dunkin’ Donuts coffee and fliers. It turns out that the spend was closer to $2,300, a paltry amount when measured against the efficacy of the spend. He had raised approximately $10,000. After his victory, he was quoted as saying:

I joked with people, and I said ‘I’m going to shock the world, I’m going to beat this man’…I was saying it, but really kind of joking. Because what chance did a person like me really stand against this man? He’s literally the second-most powerful person in the state of New Jersey

Durr shared that he was a “numbers guy” and had gone through a simple calculation prior to entering the race.  In the last election, Sweeney had won office with only around 32,000 votes. There are approximately 158,000 registered voters in New Jersey District 3.  Despite bringing tears of laughter to his daughter’s eyes when he told her he was going to run, he trusted the math and took the shot.

There are a number of lessons to be learned from this most unlikely of victories, the first of which is that victories like these may not be so unlikely anymore in today’s America.  If Republicans want to start winning again, here is what they “need to heed”:

Money still matters but not like it used to matter:  According to Politico, the New Jersey Education Association spent $5.4 million in 2017 to try to unseat Sweeney and still lost.  That’s a far cry from $153.  Campaigns in the past have had to raise extraordinary amounts of money, much of which went to pay the bloated expense of staff and consultants, along with a significant portion going to expensive media buys.  That traditional model is being upended by the internet and the “free” ways to reach voters through digital word-of-mouth.

We got a glimpse of the decreasing marginal utility of campaign dollars in the 2020 Presidential election when Michael Bloomberg spent $100 million in the free State of Florida, Texas, and Ohio on behalf of Joe Biden.  Despite all of the media air cover Bloomberg provided, Biden still lost those states to President Trump.  While Durr’s election isn’t literally comparable to a presidential election, the principle that can be drawn does translate.  As the saying goes, “money isn’t everything.”

Donald Trump’s “jump” from citizen to President broke a mold:  In 2016 we moved a businessman, turned TV host, straight out of NBC’s Rainbow Room and into the Oval Office.  Without anyone ever saying it out loud, it had always just been taken for granted that in order to become President of the most powerful nation on Earth, you had to first hold some form of lower elected office. Senator? Governor?Representative? Drain Commissioner?  Something? While Donald Trump broke many molds between 2015-2020, none were more shattered than the myth of prior office.

If someone can transition directly from business and entertainment into the Presidency, then certainly someone can move from truck driver to state senator.  The term “paradigm shift” is overused, but in this case it is appropriate.  Donald Trump changed the previously accepted paradigm for qualifications needed to run for office.

The “Party” is helpful but not necessary:  Durr did not win because of the incredible campaign launched on his behalf by the New Jersey Republican Party.  The party essentially ignored his campaign because they knew he had no chance to win.

Durr’s victory should be encouraging to anyone who wants to run for office and finds themselves operating outside of the normal party machinery.  He just scored a Rocky Balboa caliber upset and pulled it off by training in the equivalent of a political meat packing plant.  Patriots all around the country who want to run for office should know that the dream can come true even if the party ignores them.  That said, voters have to be willing to stand up and still vote for them if the party turns against them, as they often do when “outsiders” enter the process.

Networking matters, especially the more “local” the election:  Here is a political fact that can be frustrating to embrace if you lose perspective:  The smaller the territory, the less exciting it might feel, but the easier it is to take.  The corollary to that is:  Take enough small pieces of territory and pretty soon you have a large political land mass.

Edward Durr covered ground in his district and made himself known.  That certainly would have been more difficult, maybe impossible to do if he were trying to cover the whole state of New jersey, but he was only covering District 3.   Now, imagine we had an Edward Durr in each of the 40 New Jersey State Senate Districts networking and covering ground.  All of a sudden, a small piece of political real estate turns into a sprawling conservative resort community.  “Aim small, miss small.”  It works in target shooting and it can work in politics.

What Edward Durr just did was to unseat a privileged member of the ruling class who knew that there was no way he was going to lose.  This sort of arrogance is common among politicians, and you might worry that Durr’s victory will put them on notice and cause them to take challenges from truck drivers more seriously in the future.  It won’t.  It is the curse of arrogance that it cannot be taught, it just doubles-down.

We conservatives salute you, Edward Durr.  What you did in running was an act born of a love for your state and your fellow citizens.  Your candidacy embraces the best of what our Founding Fathers hoped we could be.  You are the concerned citizen turned public servant for the purpose of fighting for liberty.  I can tell right away that you are not a typical politician.  I can tell because you possess the qualities that most of them do not.  Very, very well done.