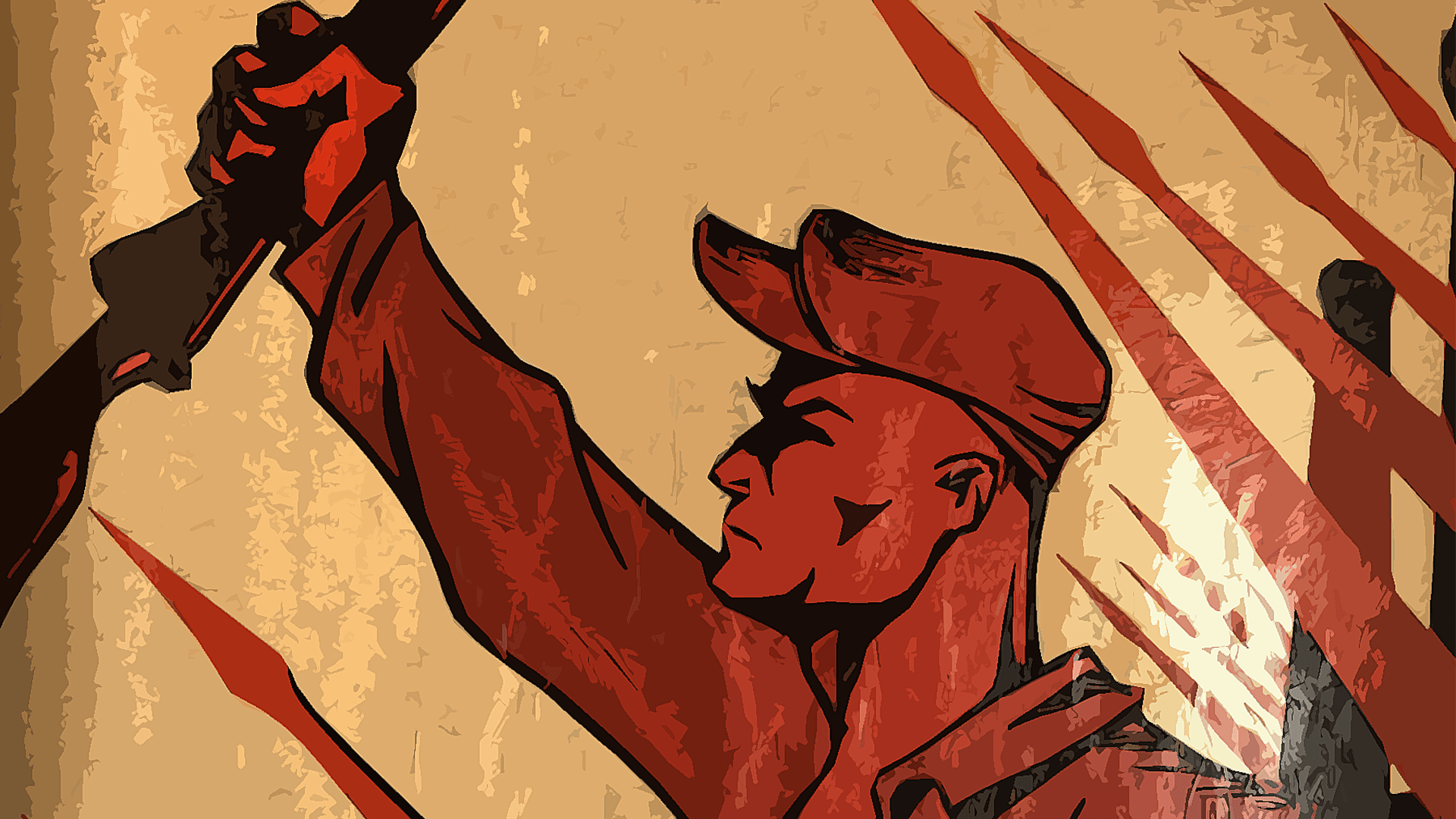 This ongoing Special Collection features current and historical analysis investigating how communist ideology is making a resurgence in American culture, why this is cause for concern, and what the populist conservative movement can do about it. Read the contributions below, or see the call for submissions to add your voice to the conversation.

Ron DeSantis, Whittaker Chambers, and the Continuing Crisis.
In the great conflict between communism and Western democratic civilization, only a return to our faith and founding principles can save us.
By Francis P. Sempa

“DeSantis’s announcement that Florida students must be taught about the evils of communism reminded me that sixty years ago, around this time in mid-Summer (on July 9th, 1961, to be exact), Whittaker Chambers died of heart failure at the age of 60 ... Chambers understood man’s fallen nature, not only because of his deep religious faith, but also because he saw first-hand the evil committed in the name of the secular faith of communism. Communism posits that men and women are capable of overcoming human nature and bringing forth the perfect society on earth. It shares this belief with modern liberal secularists, who see science, education, and collectivist government leading us to the promised land. A government that is large and powerful enough to supply all of our wants and needs, however, is powerful enough to take away all of our freedom in the name of creating that great society.”

Communism in the Classroom.
American students, from grade school through graduate school, are being kept ignorant about the violent legacy of international communism.
By Robert T. Wood

“In the six decades since Fidel Castro took power on January 1st, 1959, the regime has sought to export its form of communism to other countries in the region and beyond. Venezuela is frequently cited, having been under the control of Castro allies since 1999. The current government of Nicolas Maduro, and before him Hugo Chavez, has been guided by advisors from Castro’s regime. Castro’s right-hand man, Ernesto “Che” Guevara, sought to bring a revolution to Bolivia before he was killed there in 1967. The 1970s saw Castro’s Cuba expanding its global 'revolutionary' outreach to countries in Africa, supporting regimes in Angola and Ethiopia. Much of this history remains obscure to even college students with a concentration on Latin America. Comparatively, the human rights violations of anti-communist dictatorships—like that of 1976-83 Argentina—receive far more attention.”

Make No Mistake. You Are Living Under the Perfect Censorship.
We who have lived in communist countries recognize the signs: American freedom of speech and thought are hanging on by a thread.
By Armando Simón

“Present-day censorship is a manifestation of totalitarianism. Only someone who is very obtuse will fail to recognize that we are in the midst of a totalitarian movement ... I come from Cuba, and I have Russian and Ukrainian friends; what is happening in the United States has a disturbing familiarity. We are experiencing déjà vu. We who have lived in communist countries—Vietnamese, Poles, Ukrainians, Russians, Cubans, Chinese, Romanians, Czechoslovakians—recognize all the signs. We have seen it before. We are frantically sounding the alarm to an unresponsive citizenry—the barbarians are inside the gates—but we are dismissed as alarmists, as engaging in “hyperbole.” We are modern-day Cassandras, who are disturbing the tranquility of the readers.”

“Looking at all the headlines, it would seem that the United States federal government was taking the Chinese cyber threat seriously. Under closer scrutiny, however, these pronouncements are simply relying on a naming and shaming tactic. Without any hope for extradition of these cyber attackers, or financial repercussions like retaliatory sanctions incorporated in our response, these developments substantively amount to nothing but theater. For its part, China just flatly denied the accusations that were leveled back in March when it was first speculated that they were behind the attack, and, to no surprise, they are denying these recent ones as well.

Herein lies the confusing nature of the Biden administration’s stance towards China in cyberspace. No other nation on Earth poses a greater threat to America going forward than China, yet the retaliation they face due to blatant state-sponsored cyber-attacks is mute and ineffective.”

The Duchess Is a Victim and Football Is Gay.
Understanding Identity Marxism’s ‘long march’ through America’s institutions.
By Charlie Eastman

“Marcuse and the post-1960s radical left believed identity politics (and its tactical doctrine Critical Race Theory) was the chariot on which they would ride to a Marxist utopia in America. Critical Race Theory (CRT) became the philosophical mechanism that identity Marxists would employ to destroy America’s shared culture—its ‘national cohesion’ ... Instead of dividing the people into economic classes, as the Bolsheviks had done in Russia and Mao’s Communist Party did in China, the New Left divided people into groups based on race, sexual preference, sexual orientation, gender, nationality, disability status, and more. Whites were substituted for the bourgeoisie (the rich) as the new oppressor class; all other groups were said to be oppressed.”

Human Events Special Collections feature editorial contributions that focus on a central theme, topic, or occasion. Some Collections are closed to future contributions; others are ongoing or open. To submit to "RESURGENT COMMUNISM," see our call for submissions.