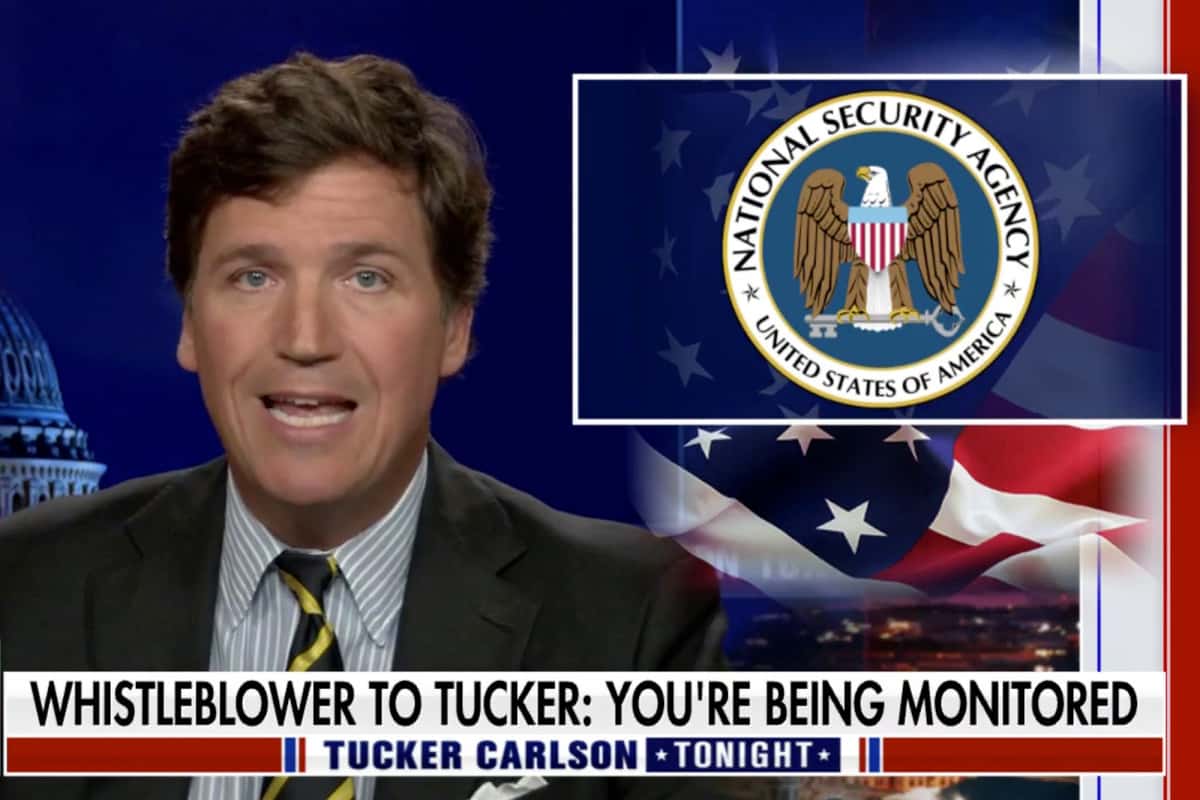 During his Monday night Fox News show, Tucker Carlson said that the National Security Administration has been spying on him in efforts to get his show kicked off the air.

Carlson said that a whistleblower inside the government warned that the NSA is surveilling electronic communications and plans to leak the material. However, as Carlson noted, the NSA is legally prohibited from spying on American citizens.

“The whistleblower, who is in a position to know, repeated back to us information about a story that we are working on,” which must have been obtained via “texts and emails,” Carlson said.

“There’s no other possible source for that information, period,” he added. “The NSA captured that information without our knowledge and did it for political reasons. The Biden administration is spying on us. We have confirmed that.”

“This morning we filed FOIA requests, Freedom of Information Act requests, asking for all information that the NSA and other agencies have gathered about this show,” Carlson said. “We did it mostly as a formality. We’ve also contacted the press office of both the NSA and the FBI. We don’t expect to hear much back, that’s the way that usually goes. Only Congress can force transparency on the intelligence agencies and they should do that immediately.”