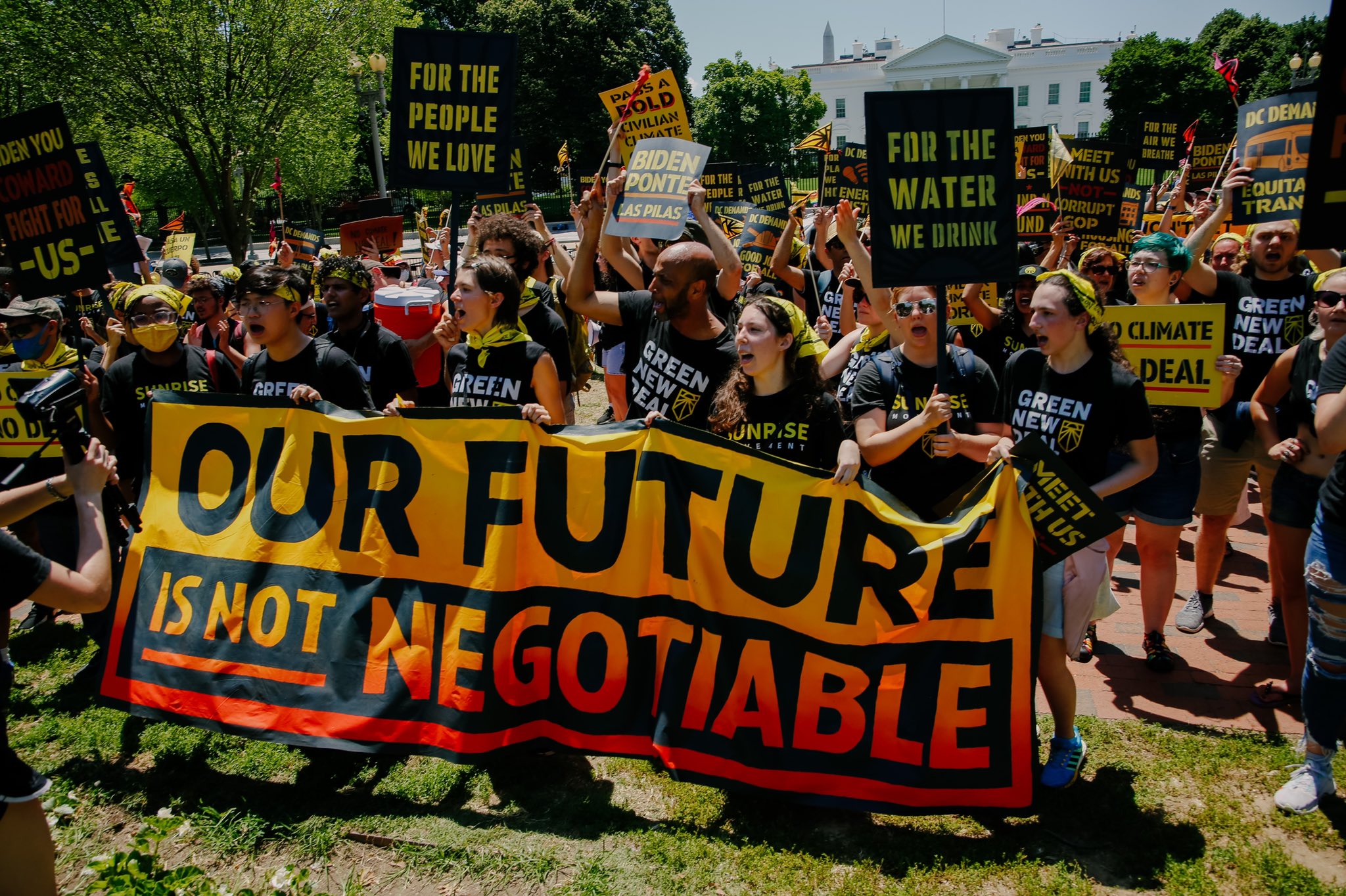 In what could easily have escalated into an attempt at insurrection, team-left activists from the Sunrise Movement marched to the White House demanding Biden put climate change at the top of his priorities.

According to reports, protesters blocked all ten entrances to the White House, demanding Biden succumb to their Green New Deal agenda and include a fully funded Civilian Climate Corps in his infrastructure bill.

As reported by Breitbart, Rep. Jamaal Bowman was just one of several lawmakers who joined activists, demanding the Biden administration “go big and bold and visionary for our country and for our future and for our planet.”

“What we are here to tell them is that you can’t break this promise to us anymore,” Ocasio-Cortez said. “They’re setting up a world that they won’t have to live in. Okay, that’s why this matters. That’s why we fight.”

“We have seen dangerous heat events obliterating the northwest in record numbers, and we see that it’s coming up again over the next few days in places where they don’t even have AC,” Bush said at the event. “People are suffering. People are dying because of our problem that society created. Society created the problem, and so society has to fix it.”