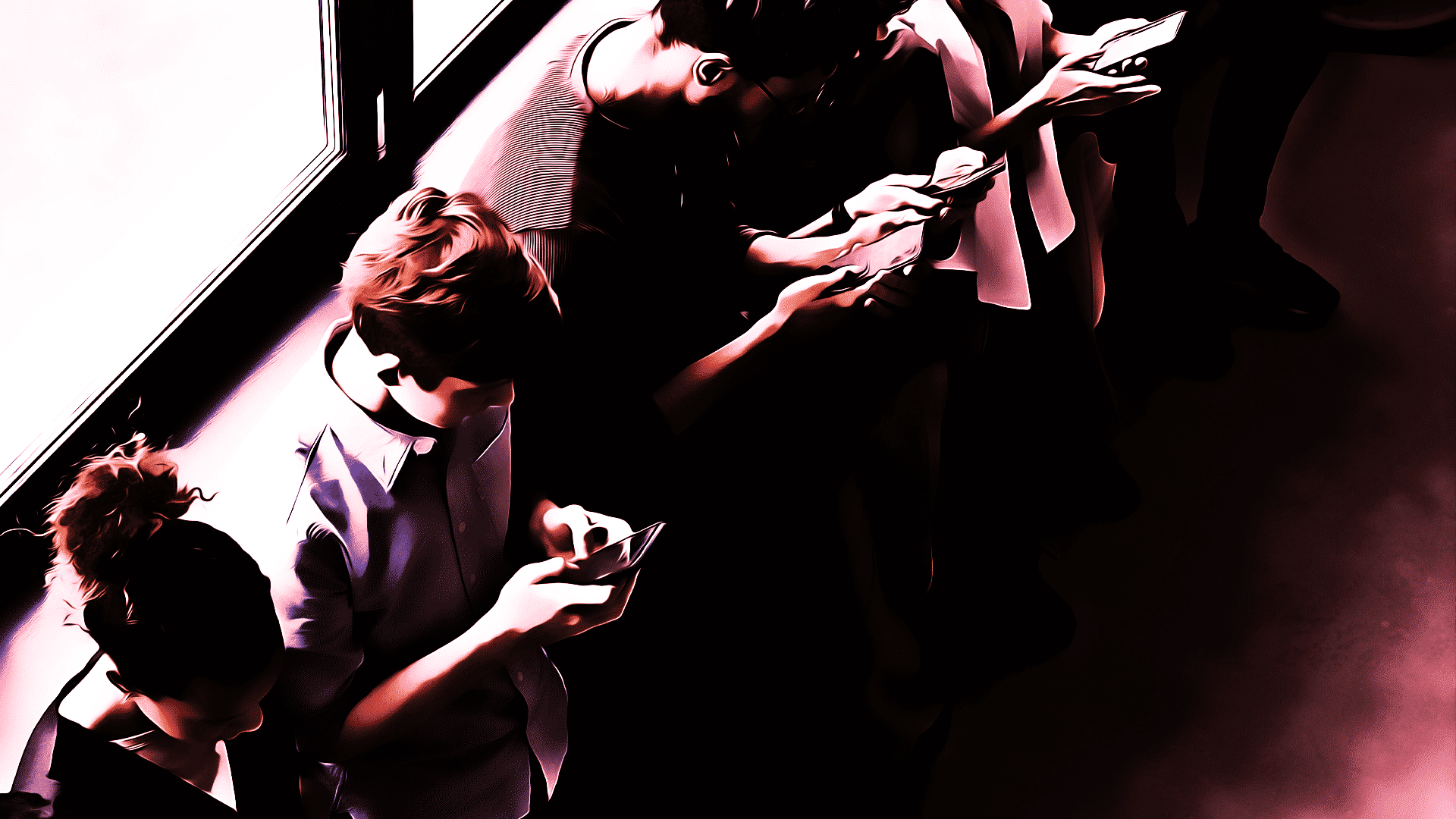 My wife and I recently honeymooned at a beautiful “undisclosed” tropical location. As part of our traditional marriage vows, we made one additional pledge to each other: during our week-plus getaway, we would set aside our digital pacifiers known as “smartphones.” This was not an easy thing for either of us since, like so many other people, we make our livings in the world of information and communication.

I am pleased to report that we were successful in our effort to record a magical week of “Erika and Charlie-Unplugged.” I am not so happy to share what we observed during our tech-abstinence.

Stepping away from your smartphone allows you to realize just how much idle time we as people have each day. We spend a good deal of time waiting for something: a person to show up, an order to arrive, a call to come in. I will typically spend that sort of idle time looking down at my “smooth screen” and reading news, replying to an email, viewing something on social media, or engaging in any one of the other countless activities available to me in the palm of my hand. On my honeymoon, when I had idle time and no smartphone over which to bow my head, I spent time thinking, and I spent time watching.

What I saw, what we saw, were people around us of all ages, shapes, sizes, and colors who were physically at the exact same place as us, but mentally they were somewhere else and with someone else. Instead of tipping their heads up to watch a beautiful sunset at the ocean’s shore, their heads were down, eyes fixated on a screen, both thumbs moving, and telling the world that wasn’t with them what they were doing. They were virtually present everywhere and seemingly not physically present at all.

There is a sort of myth, especially shared among conservatives, that technology simply is a tool that accelerates trends or developments already underway, perhaps even inevitable. The belief is that technology itself has no real inherent characteristics and that the environment and other factors shape its impact and use. While I understand the argument, and while it does apply to other types of technology, I have come to believe that smartphones are likely an exception to the ‘technology is a tool’ argument. I think that smartphones have become an active agent in reconfiguring both who and how we are as people.

There are two different issues that present with regard to our use of these digital pacifiers. The first relates to the much-discussed idea of addiction; the second relates to the less discussed, but perhaps more important, loss of our humanity.

Those who are addicted to smartphone usage, however, live in a world in which giving up the smartphone is typically not a viable option.

On the issue of addiction, there has been research that smartphones are not only addicting, but they may have the same sort of impact on your brain as do more “conventional” forms of addiction. A study published in the Journal of Addictive Behaviors back in 2020 concluded that smartphone addiction altered both brain structure and function, similar to the changes seen in the brains of drug and alcohol subjects. This is not terribly surprising given what we have learned about neural pathing and neural plasticity. There is, however, something special about the smartphone variant of addiction.

For those suffering from addiction to alcohol, heroin, cocaine, gambling, or any other sort of substance or behavior that requires total abstinence, the addict who seeks to recover has a clear, albeit difficult, task. They must completely give up their drug of choice. This turns the addiction recovery process into a sort of binary choice, yes or no. Those who are addicted to smartphone usage, however, live in a world in which giving up the smartphone is typically not a viable option. These folks have to learn how to manage an addiction while continuing to partake of it.

In that sense, smartphone addiction is similar to what is found in people who are addicted to food and find themselves constantly overeating. The members of Overeaters Anonymous are hardly able to give up sustenance. They have to learn ways to still continue to eat without eating too much. This is the situation in which the addicted smartphone user who wishes to get better finds themselves. To give up a smartphone entirely is to risk being ostracized from the real world, not to mention losing access to timely and immediate information whenever needed.

While the addiction problem is serious, it is likely not as damaging as is the impact that smartphones have had upon our humanity. Studies have been done showing the desensitizing effect of social media, which is most commonly accessed through smartphones. We now communicate with others often through “posts” instead of through direct engagement. Posts allow us to string together any set of thoughts, often without much thought behind them, and then share them with the universe with a simple single tap. We can say just about anything to just about anyone without facing any sort of immediate consequence or dealing with human confrontation.

These days, we are coarser and more callous in our interactions with others, and we are also more distant with those who are in our immediate company.

This creates a sort of digital road rage scenario where people feel as though they are almost invincible. Anyone who has ever experienced road rage on the highway, where someone controlling one-and-a-half tons of metal with their hands in the ten-and-two position suddenly demonstrates aggressive behavior, has to wonder if that same person would be so bold if they were standing toe to toe with you. Typically, the answer would be no. Windshields and speed make us feel untouchable. So, too, do Smart screens and bandwidth.

These days, we are coarser and more callous in our interactions with others, and we are also more distant with those who are in our immediate company. During our honeymoon, my wife and I sat at dinner one night and watched a couple at another table, our contemporaries in age, spending their entire dinner on their smartphones communicating with other people who were not in their direct presence!

We know that in communication, some significant portion of what comes across can be found in more than just the rods that are used. While the original research that said only seven percent of communication was the words used has been somewhat discredited, we must acknowledge that whether it is 93%, or 50%, or somewhere in between, a great deal of import is delivered by our intonation and body language. When we use our smartphones to communicate with each other, we typically lose one, if not both, of these components. While we try to add inflection through the tortured use of exclamation marks and the insertion of colons with either front or back-facing parentheses behind them to denote smiles or frowns, the simple truth is that we cannot communicate thoroughly and completely.

Clear communication is a vital part of what sustains us as people and allows us to come tighter and form bonds. It is part of our nature. When we diminish or trivialize it, we risk losing our humanity.

The sunsets I shared with my wife during our honeymoon are not captured digitally. My very best friends back home did not get to enjoy them with us. I have no lasting record of them, save for that which is etched within my mind. What I do have are vivid memories of a wonderful and fully human experience, shared up close and personal with my very best friend, another human being with whom I was fully engaged and fully present. I experienced both her and the rest of the world in three dimensions—instead of just the two found on my smooth screen.

That third dimension we miss when we look down at our phones is depth. I concluded during my honeymoon that our relationships, our country, our world, are in desperate need of depth.

screen addiction, smartphones
189252
N/A by N/A is licensed under N/A