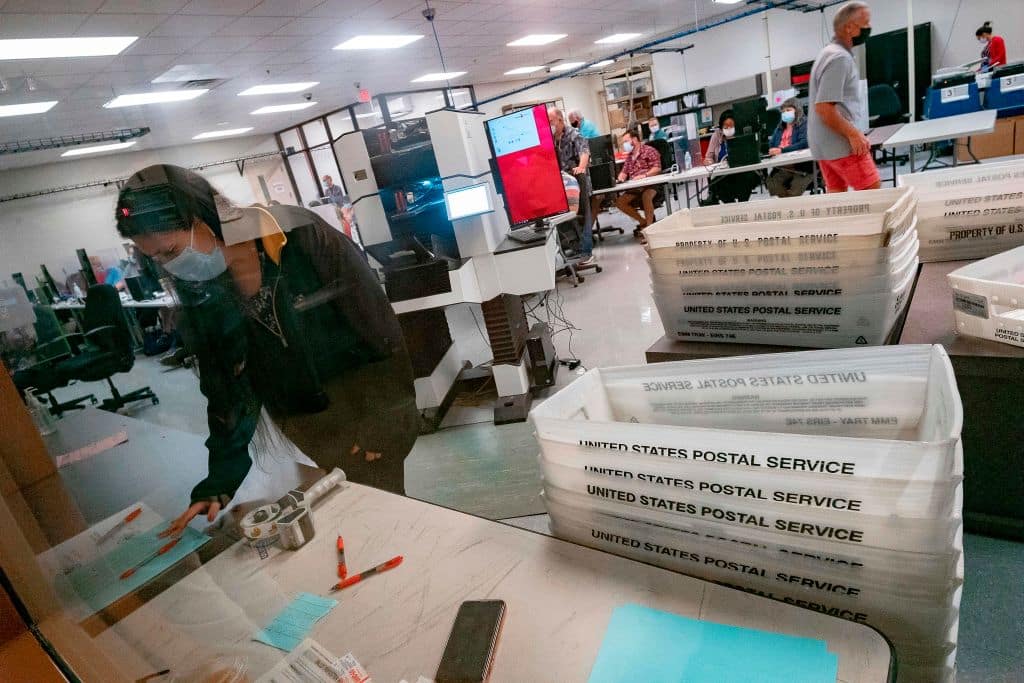 A judge has rejected an attempt to keep secret the procedures used to recount the 2.1 million ballots cast in Maricopa County, Arizona.

Cyber Ninjas, the Florida-based firm hired by the Arizona Senate to oversee the hand recount, wanted to keep the details of its work hidden from the public.

But, unfortunately for them, Maricopa County Superior Court Judge Daniel Martin said details should be heard in open court.

The Arizona Democratic Party and Maricopa County Supervisor Steve Gallardo filed a lawsuit last week to stop the recount, claiming it violated a plethora of election laws and didn’t include enough protections for voters, the Arizona Central reports.

Martin’s decision Wednesday identified that the legal battle would go on for several more days. Indeed, the Senate has the Veterans Memorial Coliseum, where workers sort through ballots, leased until May 14.

“The record presented by plaintiffs, including a number of sworn declarations, contain instances of concerning conduct and expert opinion as to whether the audit complies with law and best practices but no substantive evidence of any breaches or threatened breaches of voter privacy,” Martin said.

The Arizona First Amendment Coalition argued that the public had an interest in ensuring the integrity of their votes.

"Cyber Ninjas was ordered to produce its policies and procedures to ensure the safety and integrity of the physical ballots and the election equipment at the Memorial Coliseum. That’s it," Dan Barr, a lawyer for the coalition, argued Wednesday.