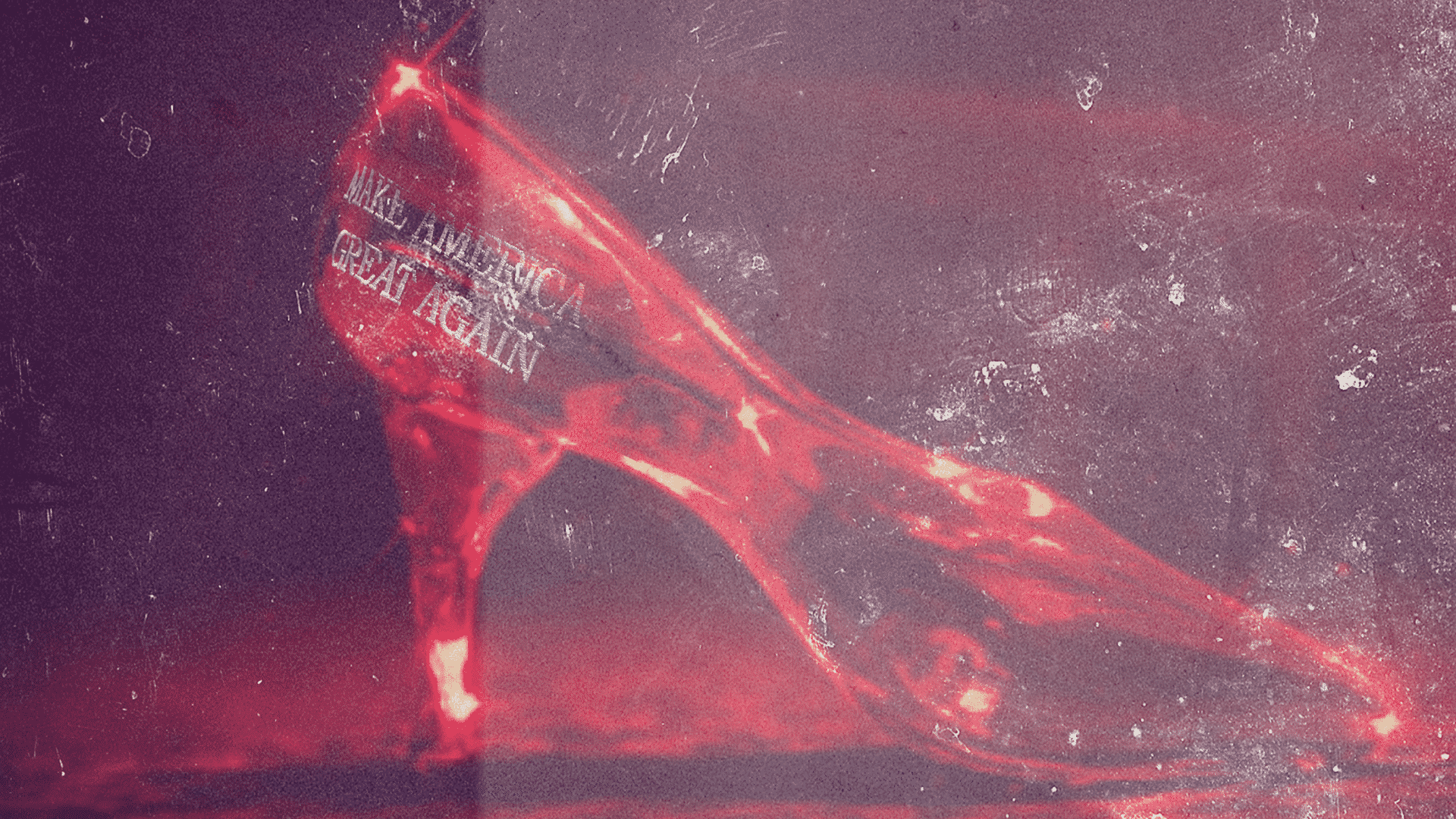 Lee Behringer’s recent piece in Human Events paints a bleak outlook for post-Trump America. In “The Clock Has Almost Struck Midnight,” he writes, “Democrats now have an unobstructed view of what permanent federal power would look like.” It’s true; the Democratic Party never ceases to wield its power at every turn, as already evidenced by the immediate issuance of executive orders from the Biden/Harris Administration. And there’s no denying that with the backing of corporate media and Big Tech, plus rapidly shifting demographics and an ever-growing voter base, perpetual Democratic rule seems likely.

Even so, it’s worth remembering that, for Cinderella, who Behringer alludes to, the clock actually did strike midnight: her magical gown reduced back to tatters (we’ll get to her stepsisters in a minute), all hope lost. Only after Prince Charming’s tireless effort did she find her Happily Ever After. Things are undeniably bleak right now, maybe more so than ever. But just as Cinderella, who took charge to prove she was the iconic slipper’s rightful owner, so too can America regain the magic she once had.

The world-shocking election of Donald Trump in 2016 proved what many among both political and media elites had feared: their grip on power was in danger. During the Republican primaries, Trump, a complete outsider, had managed to overcome the influence of two former presidents and the most powerful political dynasty from his own declared Party (arguably with one single line). In November 2016, through sheer force of will, he overcame the influence of a third former president and the most powerful political family among the Democrats, too: the Clintons.

However, 2016's populist shift wasn't just felt on the right. One need only remember how much support Bernie Sanders had among Democratic voters—and how fiercely the establishment left responded to their outsider candidate. Many later felt that Sanders’ campaign failed due to collusion between the media and Party operatives. Jack Murphy's Democrat to Deplorable (2018) chronicles the political trajectory of many lifelong blue voters who became, if not Trump supporters outright, far wearier of Clinton’s corporatist backers. Former Sanders voters, cognisant of how globalism had intensified under President Bill Clinton, the effects of which were felt most strongly in the Rust Belt, also gravitated towards Trump’s views on infrastructure and against foreign nation-building—something verboten to the establishment class of Congressional leadership.

Four years later, America is now facing the backlash from that very elite power which popular conservatism threatens. This year, the Democrats forced into power a relic of the 1970s (in obvious decline), alongside a prosecutor who kept innocent people in jail and received fewer primary delegates than the woman responsible for eliminating her campaign. Meanwhile, Big Tech is dropping banhammers with impunity while being rewarded with major advisory positions on Biden’s transition team. The incoming head of the Agriculture Department, Tom Vilsack (dubbed ‘Mr. Monsanto’), will no doubt continue his Obama-era program of favoring big industry over independent farmers and rural Americans. The Civil Rights Division of the Justice Department will be led by Kristen Clarke, who turns out to be far less ‘civil’ and ‘right’ than one would expect.

Establishment Democrats are not alone. In 2018, the Establishment Republicans forced a warmonger’s daughter, Liz Cheney, into its “number 3 ranking position.” She repaid that favor by voting to impeach former President Trump a second time last week—despite loud protest from not only her base but other Congressional members who fear the outspoken Cheney marks a return to the failed policies of the Bush era. Despite Trump and Sanders’ domination of not just political culture, but popular culture as well, both parties have gone to extremes to try and repossess command over their voters.

Much of Behringer’s argument stems from the concept of demographic change and illegal immigration, the obvious results of which is most clearly visible in California. Behringer writes, "Despite high poverty, insane taxes, bad schools, record levels of homelessness, rolling blackouts, and increasing wildfires, there isn’t a soul seriously plotting the big GOP comeback in California because there aren’t enough Republican voters there to contemplate such a reverie.” The effects of these demographic changes will only exacerbate once the 40 million-plus illegal immigrants currently presumed to be in-country are effectively granted citizenship.

Why else are Democratic causes so effortlessly cast aside when convenient?

Behringer may be right. Establishment Republicans have failed, not only to win favor among new Americans, but to understand why they are failing at it. Who can forget how Senate Majority Leader McConnell spent the week leading up to the Georgia runoff elections griping about “socialism for rich people” and ‘robbing our grandkids’ to block a $1,500 increase in China Virus relief checks for American citizens. (At the same time, he somehow had no issue sending nearly a trillion dollars to foreign countries. That trillion dollars, by the way, equals roughly $3,000 for every current American citizen.)

Meanwhile, GOP establishment favorite, Nikki Haley, grabbed headlines recently with her new PAC, Stand for America. The few years Haley spent serving the Trump administration were most memorable for her frequent repetition of outdated, tone-deaf talking points—like the hazards of governmental regulation of Big Tech and the importance of maintaining a military presence across the globe. “Haley is widely considered a contender for the 2024 Republican presidential nomination, potentially pitting her against a Trump comeback bid. Her new group, Stand for America PAC, comes as the president’s political brand sags under the weight of a second impeachment and the Capitol violence preceding it,” reports Axios.

While GOP leaders stick to outdated, tone-deaf talking points, leaders on the opposite side of the aisle seem readily willing to give out free college, free citizenship, and free, well, everything (except love, considering the increasing restrictions on consent). It's not because these are core beliefs held by Democrats, or even that their Party cares about the people these policies are meant to help. Why else are Democratic causes so effortlessly cast aside when convenient? After all, these same politicians who spent five years saying ‘walls are racist’ got one up within 36 hours to protect themselves from future protests. And how else can we explain why Democratic leadership will kneel for George Floyd in June, but refuse to meet with BLM and black leadership in December? As Behringer points out, these are blatant and shameless attempts to win over minority voters.

Therein lies the flaw in the Democrats' scheme: they’re trying to pitch a tent that’s too wide. They claim to speak for and represent wealthy coastal elites, while simultaneously welcoming ‘poor, struggling immigrants’ into what they call a ‘racist, patriarchal country.’ Sure, Democrats can legalize 40 million illegal immigrants, who, based on demographics, are largely Spanish-speaking, but after being corrected at every turn by over-educated white liberals because they refuse to call themselves “Latinx,” or adopt non-gendered language at the risk of having their language dismissed as transphobic (or hate speech), how long will it be before they, too, look for someone to stop the madness?

It wouldn’t be hard to imagine a backlash against the Party which, in a transparent effort to force a demographic shift in their favor, invalidated years (and sometimes decades) of waiting and hard work on the part of legal immigrants by simply gifting the same to those who broke the law. Even among existing Latino voters, Republican messaging that condemned "illegal immigration from places overrun with drugs and criminal gangs" and called for "fully funding the police, so our communities are not threatened by people who refuse to follow our laws" already has widespread sympathy.

There is a growing rift in the Democratic Party, one between elite leadership and the working-class Americans they claim to represent. It’s a rift that's already been made explicit on the right through the popular conservative movement. Online, frustrated voters—from both parties—are tired of being ostracized by their respective representatives, are calling for a formal split: working-class liberals want to split off from Democrats forming an official Progressive Party, while the populist side of the GOP splits to form a Patriot Party. Some are even going as far as to call for secession.

Now, however, is not the time for such antics, despite the humor these proposals might provoke. Instead, it’s time that populist voters in both parties realize that what they have in common is far greater than their leaders might hope. Populism, in both its leftist and conservative forms, seeks a return to national sovereignty and an end to interventionist wars; the safeguarding of American workers’ wages and work opportunities; ending student loan debt by punishing the universities for fraud; and ensuring the exploitation of our workforce doesn’t happen again by overhauling primary education to focus on skills, trades, and real-world economics.

While much of what Behringer predicts will likely be correct, there is still a path forward for the Republicans to return to power. On the Democratic ticket, any mention of implementing these policies will be met with swift condemnation from their corporate oligarchs, eager to virtue-signal their ever-increasing wokeness to customers and competition alike. American populists will find a safe home, however, with the Republican Party. How do we know? Because in 2016, populists on the right did what populists on the left could not—they overthrew party elites and initiated a grassroots movement that won the presidency.

It won’t be easy, and it certainly won’t happen overnight, but America’s glass slipper is still out there. Everything depends on voters being willing to (politically) fight in the 2022 primaries for upstart candidates that back them. Not foreign countries, not the corporations, not Big Tech seeking to ban them, and certainly not the ruling class which continues to fail them.