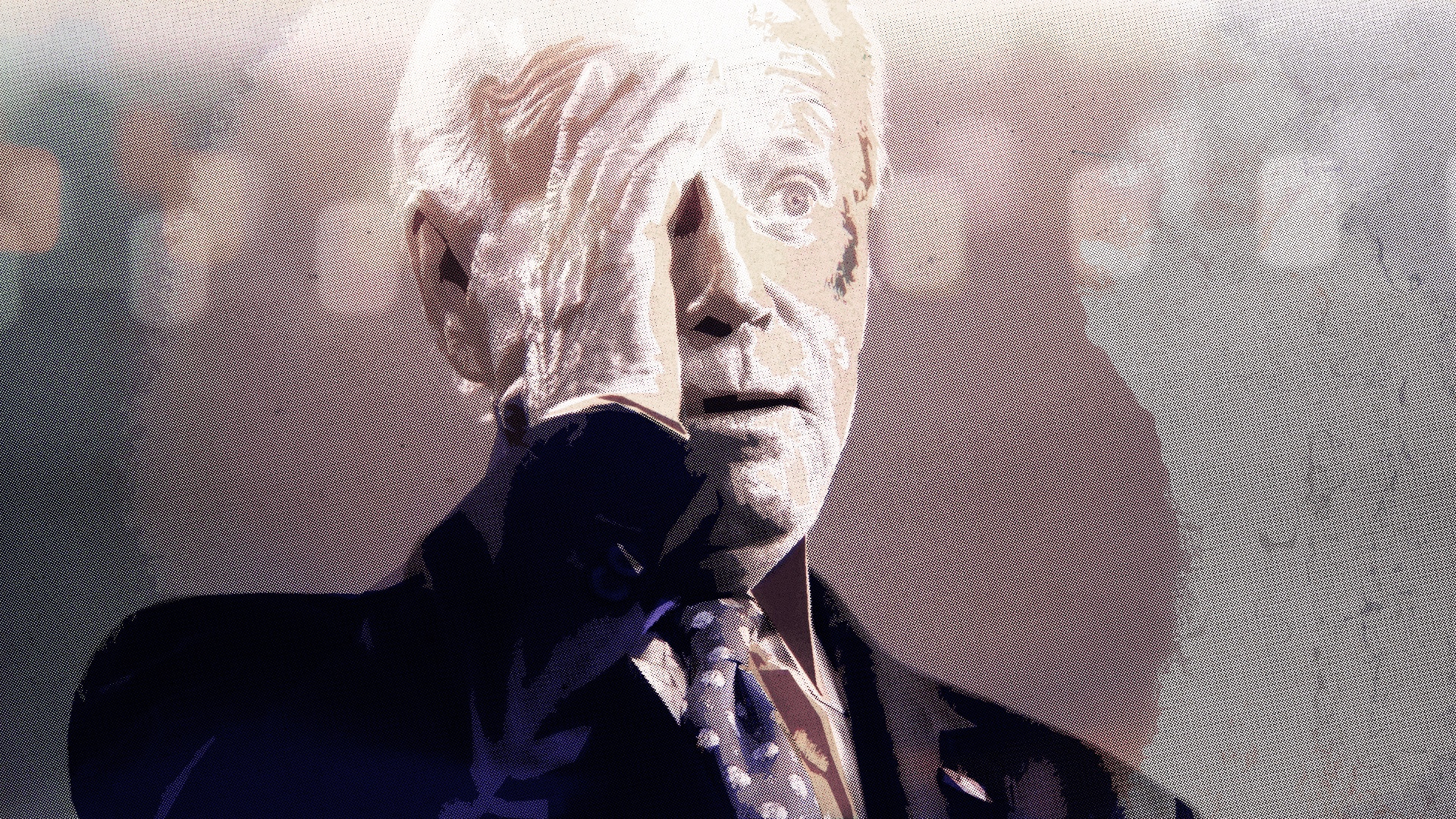 “The patient is a 78 year and 11-month-old male, who presents with moderate to severe cognitive-linguistic deficits typically associated with a progressive neurological disease.”

As America’s day of decision draws near, the only person who believes Joe Biden’s cognitive-linguistic skills are within normal limits seems to be Joe Biden. Even Democrat media partisans like Andrea Mitchell, politicians like Julian Castro and Corey Booker, and physicians like Ronny Jackson and Harvard Med School graduate Jill Stein have expressed concern about his cognitive status.

“No, I haven't taken a test. Why the hell would I take a test? Come on, man. That's like saying you, before you got on this program, you take a test where you're taking cocaine or not. What do you think? Huh? Are you a junkie?”

For the crew at Saturday Night Live, Biden’s cognitive decline was a source of great comedy material; the show scored a twofer on May 10th when Colin Jost juxtaposed Tara Reade’s accusation of Biden’s sexual assault with his obvious memory problems.

During the skit, Tara Reade, the woman who has accused Joe Biden of sexual assault, calls on him to drop out of the race. Replied Biden: “Wait. I’m still in the race?” Host Colin Jost continues: “Now, I don’t know whether the allegations against Joe Biden are true—but I’m not sure Joe Biden does either.”

The effect of all this unwanted attention on Biden’s cognitive health was reflected in a June 17th Zogby poll, which found that 55% of likely voters believe Biden is suffering from the early stages of dementia; 45% believe otherwise. With numbers like these, not even the mainstream media could remain silent.

During a June 30th press conference in the friendly confines of Wilmington, Delaware, Fox News’ Doug McKelway asked Biden if he had undergone cognitive testing. Mr. Biden’s answer—“I’ve been tested, and I’m constantly tested.”—should have opened the door for a host of follow up questions, such as when, where, and by whom the testing took place, but these critical questions went unasked. Then, on August 4th, CBS News’ Errol Barnett also queried Biden about the test. When Biden’s auditory cortex finally decoded the question, it triggered an angry and irrational reaction: the former Vice-President contradicted his previous statement and bristled at the suggestion that such testing was even necessary: “No, I haven't taken a test. Why the hell would I take a test? Come on, man. That's like saying you, before you got on this program, you take a test where you're taking cocaine or not. What do you think? Huh? Are you a junkie?”

Unfortunately, to the public’s knowledge, Mr. Biden’s cognitive-linguistic skills have never undergone formal testing, but every time he appears in public or on camera, he undergoes a kind of informal testing. These real-time observations can serve as the basis for a tentative differential diagnosis: a technique for differentiating between several possible diagnoses through the process of elimination.

The first sequela, or symptom, suggesting a lingering aftereffect of a disease, condition, or injury, is Biden’s tendency to lash out irrationally and hurl expletives at his adversaries when pressured.

On December 5th, 2019, during a New Hampton Iowa town hall event, Biden exploded when a retired farmer pressed him about Hunter Biden’s high paying position with the Ukrainian gas company, Burisma. Instead of reasoning with the voter, the Vice President launched a petulant and personal attack on the man’s character: “You’re a damn liar, man. That’s not true. No one has ever said that. No one has said my son has done anything wrong, and I did not on any occasion, and nobody has ever said it.”

Regrettably, this was not an isolated incident. It was a harbinger of things to come.

On March 10th, Biden unleashed his sulphuric temper on Jerry Wayne, an autoworker at the Chrysler-Fiat plant in Detroit, who accused him of trying to take away his 2nd amendment rights. “You’re full of shit,” Biden declared, and insisted that he only intended to confiscate Wayne’s “mythical AR 14, and its 100 round magazine.” When Wayne suggested that, as an elected official, Biden worked for him, Joe demanded that Wayne “…stop being such a horse’s ass,” wagged his finger in Wayne’s face, and warned, “You’re pushing up on me,” before offering to settle things outside.

This take-no-prisoners-approach is counterproductive to political success, which indicates that Biden may be suffering from a frontal lobe deficit known as Executive Function Disorder, a sequela marked by one’s inability to inhibit inappropriate speech and actions. If correct, this would also explain (but not excuse) Biden’s disturbing pattern of inappropriately touching women and little girls and invading their personal space. Executive Dysfunction does not, however, explain Biden’s frequent speech and language errors. (EFD is a frontal lobe problem that only plays a tangential role in speech or language production—temporal lobe issues.)

Biden may be suffering from a frontal lobe deficit known as Executive Function Disorder, a sequela marked by one’s inability to inhibit inappropriate speech and actions.

On the morning following her August 20th speech at the Democrat National Convention, Jill Biden sat for an interview with Savannah Guthrie on NBC’s Today Show. During that interview, Mrs. Biden was asked about an ad that questioned Joe’s Cognitive-Linguistic skills. Her response was heavy on assertion and light on evidence: “It’s ridiculous. Joe is on the phone every single minute of the day talking to governors, Nancy Pelosi, he’s on Zoom, he’s doing fundraisers, doing briefings. He doesn’t stop from 9 in the morning until 11 at night.”

On the surface, what appears to be just another of Mr. Biden’s many paragrammatic errors is, in fact, a deep level system failure during the linguistic process known as Transformational Grammar.

In order for Biden to confuse “I am Joe Biden” with “I’m Jill Biden’s husband, Joe Biden” his brain would have to make a number of substantial linguistic process errors—4, in fact.[/caption]

During that same interview, Mrs. Biden ignored the fact that Joe’s description of her as, “…the kind of first lady, lady, lady, lady, this Jill Biden will be,” exposed another of her husband’s cognitive-linguistic issues—a speech deficit known as perseveration. Since Mr. Biden rarely recognizes or self-repairs his verbal errors, it is fair to say that his metacognition (the awareness or lack thereof of self-awareness and analysis of one's cognitive processes) is poor.

Since Mr. Biden rarely recognizes or self-repairs his verbal errors, it is fair to say that his metacognition (the awareness or lack thereof of self-awareness and analysis of one's cognitive processes) is poor.

Although Biden produces most of his mistakes during spontaneous or extemporaneous speech, he also has difficulty retrieving and outputting permanently stored data that do not require any grammatical transformation. Consider his halting and mangled attempt to quote Thomas Jefferson’s famous words: “We hold these truths to be self-evident. All men, and women, are created, by the, you know, you know—the thing.”

This fractured verbiage is either stored as is, in Biden’s memory, or the phrase “and women” interrupted his data stream, causing him to rely on circumlocution as a rescue strategy. When that failed, he ended the attempt with yet another fragment—“the thing.” Now imagine the outcome if Biden attempted to quote the first line of Lincoln’s Gettysburg Address, instead of reading it from a teleprompter.

These episodes notwithstanding, Chris Wallace dismissed any lingering concerns about Joe’s mental capacity in his post-performance analysis of Biden’s Democrat National Convention acceptance speech: “Remember, Donald Trump has been talking for months about Joe Biden as mentally shot, a captive of the left, and yes, Biden was reading from the teleprompter and a prepared speech, but I thought that he blew a hole, a big hole, in that characterization.”

In reality, the only thing that had a big hole blown in it was Chris Wallace’s credibility. Wallace was not alone. CNN contributor Wolf Blitzer opined that, “It may have been the best speech that Joe Biden ever delivered, while Jennifer Granholm insisted that, “He, I am just like, if I could jump out of the chair, I mean this is the best night for Joe Biden ever.”

PROSPECTS FOR A BIDEN PRESIDENCY ARE GLOOMY, AT BEST

All things being equal, reading aloud is a much less demanding cognitive task than producing spontaneous speech, as illustrated by the description of “Speech Act Theory” in Parker and Riley’s book, Linguistics for Non-Linguists. (Note: prepare to be confused, impressed, or both; remember that this book was written with non-linguists in mind).

Leaving the discussion of phonemes, morphemes, syntax, pragmatics, suprasegmentals, and a deeper dive into the mysterious world of Transformational Grammar for another day (no need to thank me), it is clear that during spontaneous or extemporaneous speech production, the speaker must create and produce everything per se.

The man deserves our deepest sympathy—which should be given without reservation—but he doesn’t deserve our vote.

By contrast, the act of reading aloud primarily consists of interpreting a set of existing symbols (the text) and outputting them as speech. Since Biden reads mostly from a teleprompter, this process can be controlled by increasing font size, limiting the number of sentences in the vision field, and adjusting the teleprompter’s scrolling speed. Despite these advantages, Biden often presents with a flat affect, and appears disoriented and lost, even in the comfortable surroundings of his own basement. In a tightly controlled environment, Biden’s reading skill seems well preserved, but his reading comprehension and retention are suspect.

Although Biden’s cognitive-linguistic deficits sequelae are well known, an explanatory diagnosis has yet to be determined. Nevertheless, their diffuse nature and multilobe involvement are typical of a progressive neurological disease, like Alzheimer’s or Frontotemporal Dementia, as opposed to a stroke where a focal deficit is confined to one area of the brain.

Sadly, Mr. Biden’s prognosis is gloomy at best, and will worsen over time, but who among us cannot say that, medically speaking, there but for the grace of God go I. The man deserves our deepest sympathy—which should be given without reservation—but he doesn’t deserve our vote.