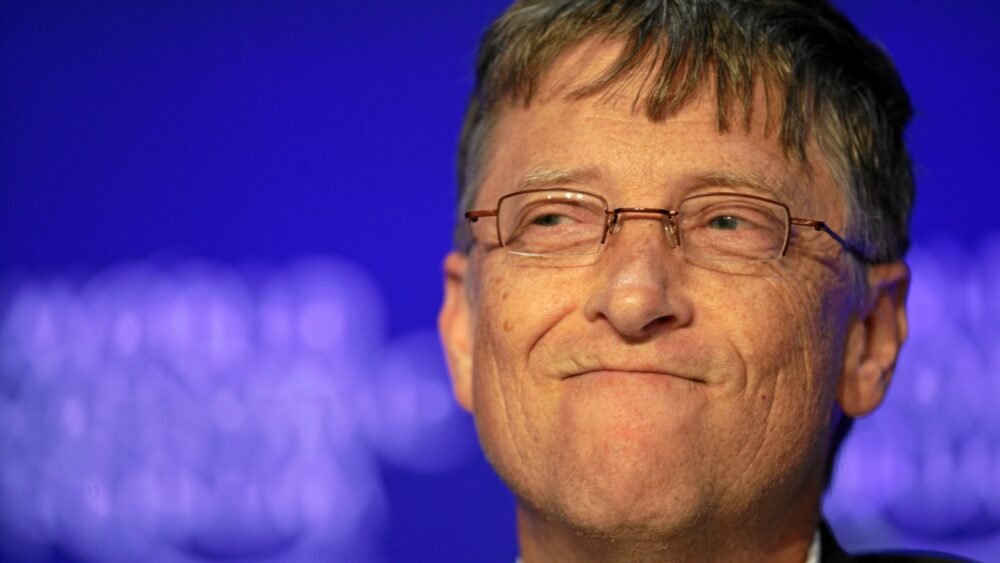 Microsoft Founder Bill Gates has just become the top farmland owner in the US after  purchasing plot after plot of land across the country. According to a recent report from The Land Report, Gates' quiet acquisitions over have him currently sitting on 242,000 acres of American farmland, (and almost 27,000 acres of other land.)

Gates is currently the third richest man in the world, with a net worth of $132 Billion. He is one of the most recognizable faces of the World Economic Forum, a network of multinational major corporations who see themselves as the rightful leaders of the modern world.

After Gates' farmland purchases made headlines last week, questions surrounding his motive behind controlling such a large portion of America's agriculture swirled around social media.

But Gates and his billionaire friends have been very direct about the direction they plan to take the US -- and global -- food industry. And Gates' slow, overwhelming acquisition of the country's agricultural resources is likely to help them achieve just that.

Gates is an active partner in the World Economic Forum's plan for a "Great Reset," of the global economy. The plan seeks to leverage the destruction created by the COVID-19 pandemic as an opportunity to create the new world order that the forum has envisioned for years. In the words of WEF founder Klaus Schwab and "COVID-19: The Great Reset" co-author Thierry Malleret, "COVID-19 is likely to sound the death knell of neoliberalism" and to "usher in a period of massive wealth redistribution."

Gates has been an active voice within WEF for years, often penning contributions to the forums published agenda. One of the visions includes a "significant revamp" of the agriculture industry, which in addition to supposedly climate conscious practices, includes a push for the plant-based diet as default.

The Forum's "Future of Food" section of its website not only pushes policies that would push farmers to change to "climate smart" processes, but also features articles on topics such as the "bio-revolution" of "lab-grown" and "plant-based" meat substitutes.

The forum even goes so far as to insist that a global shift away from meat consumption will actually benefit ranchers, and that to support the industry "consumers should increase their intake of alternative proteins such as whole grains, nuts and seeds, and fruits and vegetables while carefully choosing where they get their meat."

A November WEF event served as a convention for Forum members, government leaders, and other "stakeholders," in an effort to organize to "feed more than 10 billion people within our planetary boundaries by 2050, while ending hunger and tackling unhealthy diets."

"We will have to fundamentally change the food system," the Forum told participants, "requiring coordinated and large-scale action by all stakeholders across multiple axes."

The forum plans to achieve its goal by implementing what it calls "climate smart agriculture" on a global scale, but says that it is "unfair and unrealistic to think that producers alone" can "scale up" this type of WEF approved agriculture.

As such, it requires "major investment involving the entire supply chain" and "must be a coordinated process involving multiple stakeholders, from governments to private sector actors to other parties across supply chains." -- Like WEF sweetheart Bill Gates.

"Governments must first ensure that an adequate institutional framework on land use is in place to implement CSA practices so as to avoid competing priorities," the Forum explains. "Increased collaboration among stakeholders will help coordinate harmonious policies across climate change, land use, agricultural, water and other relevant sectors that otherwise may not align."

President-Elect Joe Biden, along with other world leaders, has already signaled his allegiance to the Great Reset plan as a whole.

This works out swimmingly for WEF, which envisions "government ministries of agriculture" working together with "private sector financiers" to compel farmers with "sustainability-linked loans."