The New Purpose of Public Education. 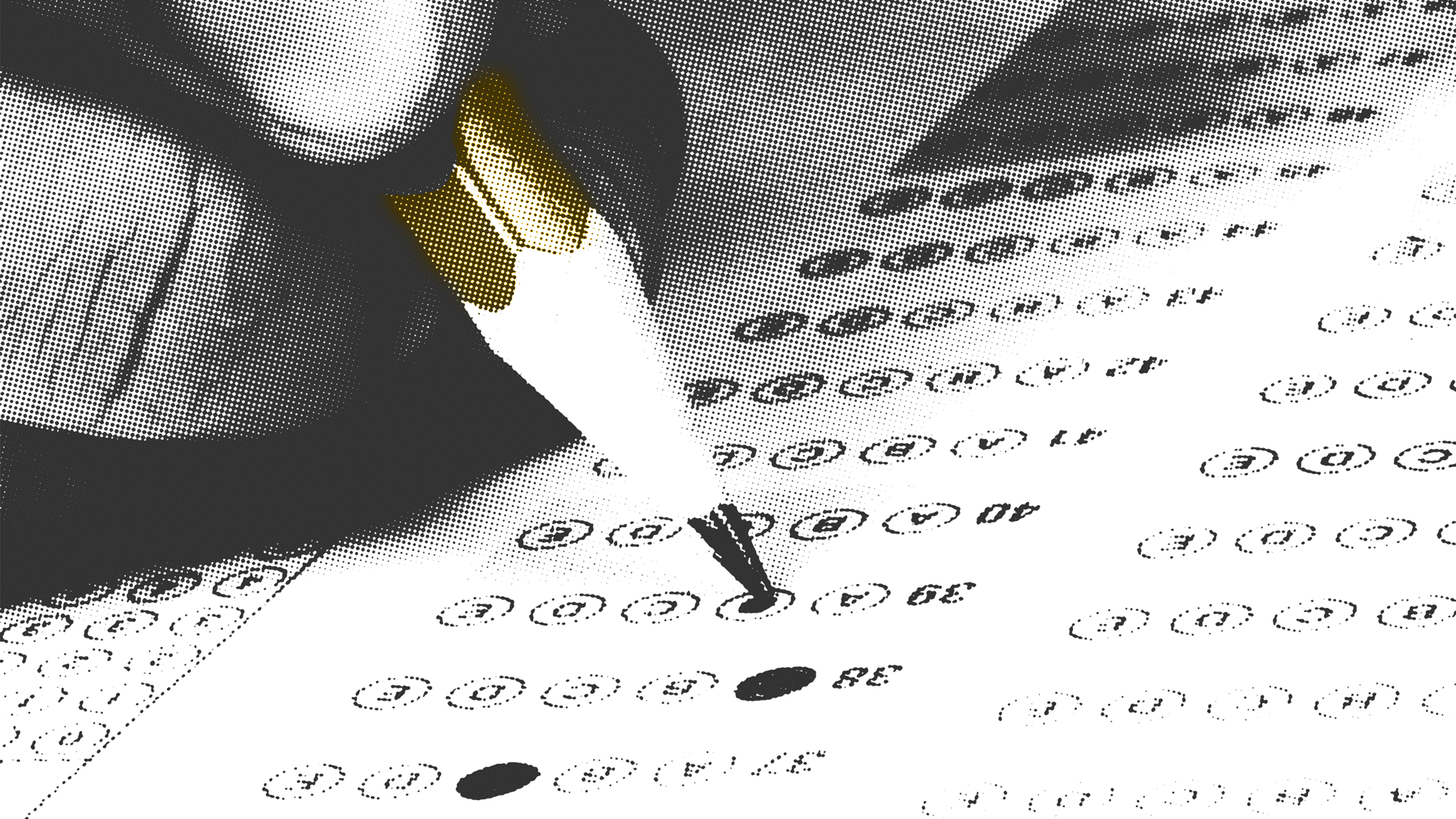 It seems fairly obvious that the primary purpose of an education system is to educate. Indeed, in a well-functioning republic, the education of future citizens is essential. As Thomas Jefferson remarked, when considering how the principles of the Constitution might be protected, “by far the most important bill in our whole code is that for the diffusion of knowledge among the people. No other sure foundation can be devised for the preservation of freedom and happiness." Today, when faith in the institutions tasked with preserving that freedom seems to be waning, Jefferson’s words seem more prescient than ever.

San Diego’s new grading system reflects a characteristic premise of left-wing thought that all racial disparities in educational performance can be explained by the presence of racism within the education system itself.

In recent years, the purpose of public education appears to have been forgotten. Public schools “educate” less and less, and instead increasingly serve as tools to further particular left-wing causes. Last month, the San Diego Unified School District (SDUSD) announced a radical overhaul of its grading system in an effort to combat perceived “racism” in its grading practices. Citing data that showed large disparities in academic performance between ethnic groups, with black and Hispanic students receiving significantly more failing grades than their white and Asian counterparts, SDUSD board members approved changes aimed at “balancing” intra-ethnic academic performance. “If we’re actually going to be an anti-racist school district,” SDUSD Vice President Richard Barrera remarked, “we have to confront practices like this that have gone on for years and years.”

The new grading system implements a variation of the in-vogue “standards-based” grading philosophy, which evaluates students on the basis of a “mastery of standards” as opposed to a calculated yearly average. Under the new system, teachers will grade students based on a holistic assessment of their academic performance, rather than on an assignment-by-assignment basis, with students given ample opportunity to revise or redo work.

The argument is best summarized by Phi Delta Kappan writer and “grading for equity” proponent Joe Feldman: quantitative, impersonal grading tools such as standardized testing and yearly averages are examples of “institutional biases” that unfairly discriminate against minority students, leading to their failing of classes and lower high school graduation rates.

SDUSD’s efforts are not without precedent in California. Earlier this year, the University of California Board of Regents voted unanimously to no longer require college-entrance exams such as the SAT or ACT for admissions purposes, arguing that such standardized requirements “contribute to the inequities of our system.” Disparities in test scores between racial groups were explicitly cited as a reason for the decision. SDUSD’s policy also came on the eve of a vote on California’s controversial Proposition 16, which, if passed, would have permitted government and public institutions, such as universities and public schools, to discriminate on the basis of race, sex, ethnicity, and so on, in a larger effort to re-institute affirmative action programs.

San Diego’s new grading system reflects a characteristic premise of left-wing thought that all racial disparities in educational performance can be explained by the presence of racism within the education system itself. Therefore, these disparities must be addressed through “anti-racist” policies—a term that has become increasingly synonymous with a rejection of quantitative grading in favor of a more “equitable” grading standard  This view is summarized by social justice scholar Asao Inoue, who argues that any grading rubric that judges performance “according to a single standard—which is invariably a white, middle-class standard—is reinforcing racism.”

The logic is fairly straightforward: there can be no racial disparities in academic performance if there is no quantitative standard by which academic performance can be measured. But it’s difficult to identify exactly which grading practices can be considered racist. For its part, SDUSD cites penalties for late assignments or disruptive classroom behavior, as these penalties disproportionately affect minority students. Yet these penalties themselves are obviously not racist; if racism is indeed the reason for minority students receiving disproportionately more penalties, the racism would lie with the teacher, not with the policy.  Nor is there any racism in the practice of averaging assignment scores over the course of a school year, in order to calculate the final grade. Therefore, seeing as SDUSD isn’t claiming its teachers intentionally discriminate against minority students out of some strange racial hatred, the grading system does not appear to be discriminatory.

If the previous system did not discriminate, it’s unclear exactly why SDUSD believes that minority students will perform better under the new grading system. There is a more cynical explanation. SDUSD seems to be banking on the fact that, without a strict quantitative standard to assess academic performance, teachers will be less inclined to fail students, particularly minority students, as the full burden of that decision will rest on the teachers’ shoulders. Their discretion, rather than an impersonal metric, will be held accountable, and all accusations of “racism” or “discrimination” in grading practices will be levied solely at the teacher. Thus, perhaps out of fear of being accused as racist, the teacher is more likely to pass minority students. This seems more like an intimidation tactic than it does a good-faith attempt to address discriminatory grading practices.

These tactics reflect a changing attitude in how the school system is perceived.  Public schools today are increasingly seen as vehicles through which societal change can be enacted. They are mere diploma factories, designed to address perceived instances of systemic racism and inequality.  Their pedagogical role is subordinated to this cause.  The rubber stamp of education, rather than education itself, is what is prioritized.

THE DECLINE IN QUALITY OF EDUCATION

The San Diego Union-Tribune did its best to attempt to find pedagogical justification for the new grading system, arguing that “[traditional] grading is often arbitrary and differs widely from one teacher to another.” Fair enough, it’s not unreasonable to demand standardized expectations. Yet the solution, by abandoning quantitative measures of aptitude altogether, doesn’t achieve this standardization. Instead, it will make grading more arbitrary, referring the measuring of academic performance solely to the arbitrary whim of the teacher.

This doesn’t just lower the bar; it challenges the notion of the bar altogether. The proverbial “bar” exists only insofar as the teacher decides it exists.

This doesn’t just lower the bar; it challenges the notion of the bar altogether. The proverbial “bar” exists only insofar as the teacher decides it exists. And, with pressure from SDUSD to give passing grades to more minority students, it’s likely that actual academic performance will become much less consequential to whether or not a student passes a class.  Achieving equity will instead be prioritized, with the grade a student receives calculated with this goal in mind. It’s difficult to see how this change will standardize students’ expectations of their teachers, much less improve academic performance.

But it’s not really the goal of the policy to improve the actual performance of under-performing minority students.  In fact, the new grading system seems completely indifferent to the quality of education students receive, instead endeavoring to simply make it easier for students to acquire the requisite credentials now essential for entering the workforce. After all, though the policy seeks to remedy the racial disparity in academic performance, it does not necessarily need to improve standards of education to achieve this; in fact there are convincing arguments it would do the opposite. Lowering education standards, so that more students pass, is clearly incentivized.  However, whether or not the education minority students receive is actually improved, is irrelevant to proponents of the new grading system.  All that really matters is the racial distribution of diplomas.

There are obvious meritocratic arguments as to why this is a bad idea, even an immoral idea.  It seems self-evident that such a policy will necessarily lead to a cruel equality, in which credentials become increasingly devalued, and there is little incentive for academic achievement.  Grade inflation will naturally result, and educational standards will continue to fall, with hardworking students bearing the brunt of the suffering. High-achieving minority students who otherwise would have been able to leverage their academic performance will be particularly disadvantaged, as their exceptional marks will no longer be seen as exceptional.

REIMAGINING THE ROLE OF PUBLIC EDUCATION

What is most concerning with all of this is the direction in which the role of public education appears to be trending.  All pedagogical pretenses have been dropped; for students, the public school system is now no more than a hoop through which they must jump, a four-year coming-of-age ritual, not an institution designed to instruct and educate American citizens.  It is a “thing one must do,” a formative experience stripped of its didactic meaning.  This is a harsh re-imagining of the purpose of educational institutions.

High school diplomas may proliferate, but they will cease to signify anything of meaning.

Moreover, the goal of education is increasingly seen as ancillary to the goal of social engineering.  SDUSD’s policy reflects an increasingly prolific view that the public education system’s role is to serve as a tool of social justice, acting as an institution through which societal change can be effected. The intent is to assimilate the public school system into the larger cause; as the Mills School of Education states, “successful educational leaders… are actively engaging in political issues involving race, class, gender identity, sexuality, and ability. An educator’s job does not end at teaching students what’s right and wrong.” This view is further demonstrated in changes to the actual curriculum, where concepts such as “white privilege,” once reserved for the college campus, are now taught in K-12 classrooms, as well as the mounting push for transgender education in elementary schools.

The move to balance the racial distribution of high school diplomas, through abandoning objective metrics of educational performance, can be understood as an attempt to engineer society in accordance with this theory of social justice. Inevitably, these efforts to effect societal change through the public education system will come at the expense of the students themselves. Abandoning objective educational standards while failing to incentivize academic achievement can only diminish the overall quality of education—for students of all races.  High school diplomas may proliferate, but they will cease to signify anything of meaning.

As similar policies as those endorsed by the San Diego Unified School District begin to be instituted nationwide, we can expect the purpose of public education to transform.  Schools may well become mere hollowed-out tools of ideology, only “educating” to justify their existence.