The War on Both Sides of the Atlantic. 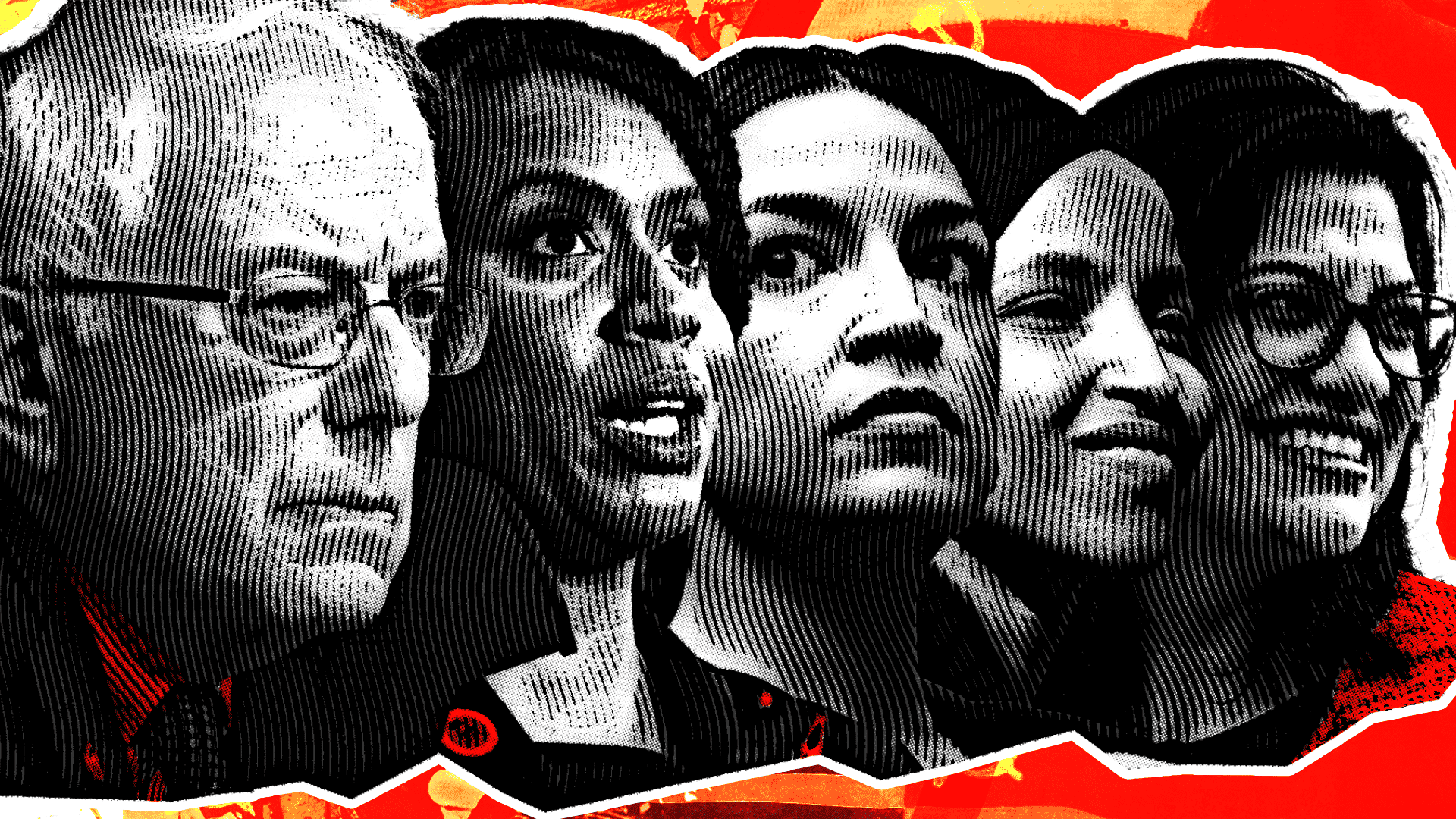 We face a war today in Western societies, one being waged on both sides of the Atlantic. The conflict has been taking place for years, behind the scenes and out of sight, but is now being fought out in the open, on our streets, and in the halls of our cultural institutions.

The West is up against a new configuration: a hybrid of modern ‘democratic-socialism’ and the historic hard left. It’s a coalition built on old radical practices, such as taking direct street action, spreading disinformation, and undermining the institutions of the state whilst ignoring civilized debate and the democratic process. But the West has faced such a conflict before, and it was through the strength of our traditions, our culture, and the virtue of the people that we were able to show that a nation is more unified than any one party or ideology.

We can and must win this fight once more—and Europe, for its part, can learn a few lessons about taking on this new leftist threat from the United States.

A WAR OF CULTURE AND VALUES

Many in Europe and America are aware that there can be no strong families or truly free civil society without strong nations. They are also aware that a nation’s strength lies in the customs, culture, and the heroic virtues of its people, virtues forged through history. That is why socialism failed to firmly establish itself in the world’s democratic nations before the Second World War.

Many in Europe and America are aware that there can be no strong families or truly free civil society without strong nations.

In Spain, the left lost the Civil War, and General Franco’s rule that followed kept the socialists from power for decades. On Europe’s eastern flank, the Soviet Union failed to export the Bolshevik revolution to the West when newly independent Poland unexpectedly defeated the Soviet army in the Polish-Bolshevik War of 1919-21, which halted the Soviet advance and the spread of its ideology into Europe.

After the Second World War, however, everything changed. That was when the left realized that the strength of free nations was rooted in nationalism, entrepreneurial spirit, and individualism—in short, their culture.

Culture and values, therefore, were the main obstacle to the left’s desire to remake the world, and the only way to overcome the cultural and institutional resistance to socialist politics was to play the long game and capture the cultural institutions. Gradually, the universities, newspapers of record, and the mainstream media became dominated by leftist ideologies.

It took a few decades, but the effort was successful. Well organized human rights groups, women’s rights and pro-choice groups, and environmental organizations (just to name a few) now operate supranationally, and with a sense of loyalty to their cause that trumps their commitment to any particular national community, religion, or tradition. In fact, globalization and the European Union itself are proof that the efforts to implement socialist politics through the “long march through institutions” paid off. The left has taken over these institutions to legitimize the radical positions that were once considered too extreme and unacceptable to the mainstream: support for mass immigration policies (regardless of cultural compatibility), critical race theory, or support for gender transition for minors.

Now, the new coalition of the left is embracing its old radical legacy (and methods) as well as its capacity to manipulate public opinion using the voices of its advocates in the world of art, the media, and the universities to advance its political agenda. These influential voices validate the left’s agenda, and project the moral superiority of its socialist philosophy over the political parties of both the American and the European centre-right.

These new radical alliances on the left are emerging throughout the West. In the United Kingdom, Jeremy Corbyn’s hard-left takeover of the Labour Party was a harbinger of things to come; fortunately, the voters rejected him, twice. In America, we have been watching Democrats drift to the left under the influence of radicals such as Bernie Sanders and Alexandria Ocasio-Cortez. In my native Spain, we are being governed by a coalition of the socialist and communist party that embraced as allies the dictators of Venezuela and Cuba.

The Spanish national elections of 2019 brought to power an unlikely coalition of the self-professed communists, socialists, and separatists, the three forces that concern themselves the least with the bonds of loyalty that hold the nation together. Instead, the leftists emphasize class grievances, and the separatists question the legitimacy of the Spanish state itself. For the first time since the post-Franco 1978 compromise, the constitutional order itself seems to be hanging in the balance.

These leftist politicians, the West over, have endorsed the use of protests and direct street action, but refuse to condemn them when they predictably turn violent. (The list of clashes between ‘progressives’ and the police in recent months is endless.) While they hide behind the right to voice anger for a host of grievances, the reality is, they will accept nothing short of a total institutional and cultural change.

TAKING INSPIRATION FROM PRESIDENT TRUMP, EUROPE MUST KEEP THE LEFT IN CHECK

There is an urgency to confront the radical left head-on, with courage and well-reasoned argument. You can effectively beat them at their own game—by demonstrating that you are on the side of the people.

The cultural fault lines that are exposed in America today are potential ones opening up in Europe tomorrow.

That is what the U.S. President Donald Trump has been doing.

Over the last four years, and with the law on his side, Donald Trump has proven that it is possible to halt the ‘regressive left.’ He has shown that he is on the side of the working American citizen, introducing the biggest tax cuts and program of deregulation in American history. Before the pandemic, he had achieved the lowest unemployment figures in 49 years, growth in oil production, and a 60% increase in coal exports.

He is the first American president in recent history to go through a term without engaging the U.S. in a new war, while still investing in the military, taking a hard-line approach to Iran, as well as brokering a peace between Israel and its Arab neighbors that no one thought possible. The Trump Administration has renegotiated international trade agreements in America’s favor, protected American cultural heritage, and defended the life and the dignity of the human person.

The cultural fault lines that are exposed in America today are potential ones opening up in Europe tomorrow. As such, Europeans must be ready with our own debates on the future of the Old Continent, and we must prepare our own similar agenda that puts our people first.

To renew Europe, we, too, must protect our cultural heritage, strengthen our institutions, reduce taxes and regulations, and restore liberty to our people.

This article is part of a Human Events Opinion Special Collection: “Human Events Election Day Roundup.” You can read the other pieces in the collection here.