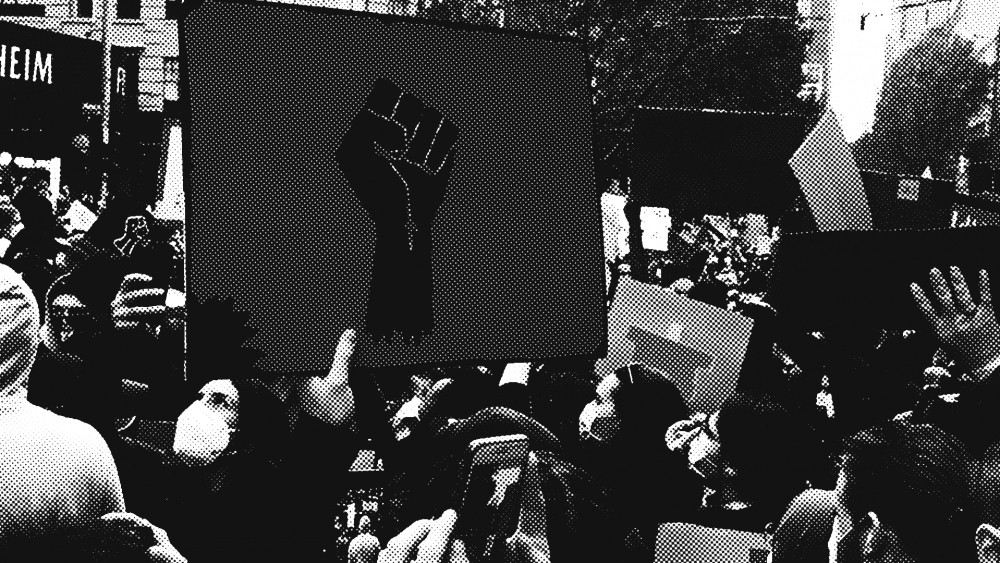 Anarchy is erupting all over the United States. Just ask the good folks in Seattle, who have watched a piece of their city taken over by an Antifa-laced mob. This is a degree of lawlessness that would have been unimaginable just a few years ago—let alone applauded.

They want a fundamental reordering of American society—and the chaos in Seattle is part of that plan.

Democratic Mayor Jenny Durkan, however, is apparently enjoying this mayhem, describing it as “more like a block party” than the flagrant lawlessness that it is. That’s the difference between the far-left craziness that has obliterated common sense in cities across America in 2020 and the communist-inspired youthful excesses of the 1960s. The adults are on the side of the kids this time around, with leaders at the municipal, state, and federal level all condoning their behavior. (Durkan recently blamed “much of the violence and destruction, both here in Seattle and across the country, has been instigated and perpetuated by white men.”).

The aims and objectives of the Black Panthers and other radical groups formed the ‘60s, however, are very much like Black Lives Matter (BLM) today. They want a fundamental reordering of American society—and the chaos in Seattle is part of that plan.

It is also the natural extension of what started as perpetual protests, became rioting and looting, and what has become a full-frontal attack on American democracy. It is a revolution from the streets that is very much a success—thus far—for Antifa and BLM. (More so for BLM because while Antifa remains both vague and largely in disrepute, BLM is well-organized and gaining popularity and credibility daily). Focus on that weaving, unruly mob of anarchists, and you will see the clear, indelible image of Black Lives Matter.

The “autonomous zone” is the real-life representation of the BLM policy to abolish or defund the police. It may not be a long-term success, but why go to the effort of snatching city blocks away when you can get the cities to lay down and surrender. It is also just the beginning. BLM has a long list of ideological demands that includes items ranging from reparations for all black people and to legalized prostitution. And if you can’t say not to defunding the police without being branded a racist, why would you object when we’re further down the road to tyranny?

You see the support for BLM everywhere—from your Amazon account to Facebook groups. NeverTrumper Sen. Mitt Romney (R-UT) said he supports BLM and marched with protesters to signify his allegiance. House Speaker Nancy Pelosi led a group of Democrats in a bizarre kneeling ceremony to BLM.

Like it or not, an organization that has preached hatred and division and race-baiting is now very close to controlling the political agenda in America. They are not only above your criticism; you can lose your job for doing so. How did a group with members that celebrated a sniper killing five Dallas police officers in July 2016 as “payback time, pigs,” suddenly become emblematic of not only civil rights in America but truth itself?

POLITICAL OPPORTUNISM AND WHAT STANDS IN THE WAY OF RACIAL HEALING

Let’s be clear about one thing. Black Lives Matter, which has come to dominate the “peaceful” protests that continue to unfold over the death of George Floyd, is not interested in racial equality. It has never been.

“Democrats, please leave the party. If you want law and order you can’t get it from Democrats.”

Instead, it is dedicated to attaining political power by pretending to be fighting for black Americans (although it has no interest in seeing those black Americans working at jobs, raising their families, and being productive citizens of American society). Most black Americans, who do think of their jobs, their family, and their country could find little use for BLM. They work too hard to be found rioting in the streets and are too law-abiding to be looting the corner store.

But you won’t hear their reasonable voices on most media outlets because that’s not the narrative of the hour. (Though there are some conservative outlets where you can hear their alternate perspective. Civil rights attorney and LA radio host Leo Terrell told Fox News’ Sean Hannity: “Democrats, please leave the party. If you want law and order you can’t get it from Democrats.”).

Do you know someone who is interested in seeing black Americans gainfully employed? President Donald Trump. Before the coronavirus swept through the United States, and the subsequent lockdown spawned an economic malaise not seen since the Great Depression, black unemployment had hit historic lows. A Gallup Poll released in January even revealed that “satisfaction” with race relations in America had jumped to 16% since Trump’s inauguration.

Despite being caricatured as a white supremacist, President Trump has arguably done more for black Americans than former President Barack Obama ever accomplished. The national media has repeatedly tried to depict Trump as a malicious racist, constantly lying about his comments related to the Charlottesville riots—but that hasn’t stopped him from getting the job done.

But again: that’s not interesting to the race-baiting media.

And what about all these stories about defenseless black men being shot by vicious, racist white police officers? But it is interesting to analyze the Washington Post’s compilation of police shootings in America, because, when you crunch the numbers and distill the facts, the data does not indicate that cops are indiscriminately killing black assailants—with or without racist intent. In 2019, Fox News host Tucker Carlson noted that only 10 unarmed black people were shot and killed by police—nine were men and one was a woman. Obviously not a massacre; obviously not a reason for a revolution.

We cannot lynch those accused in the killing to appease the bloodlust of the mob; neither should we pretend that the action of a few should taint the records of all police officers—just because the demonstrators choose to believe so.

That Black Lives Matter should argue that the death of George Floyd after his arrest by Minneapolis police somehow represents a trend, somehow illustrates “systemic racism,” somehow indicates a growing racial crisis is an abject, contrived, and politically-motivated power grab.

But radicals always tend to exploit issues for political gain, and do so just when those issues are being responsibly managed through democratic means. For instance, you hear a lot about the supposed persistence of “systemic racism” these days, but that’s precisely what the Civil Rights Act and Voting Rights Act eliminated. The former outlawed segregation, and the latter ensured that local laws and red tape could not be used to prevent black people from voting.

And it’s not just the looting and rioting and a city occupation that has been minimized by the mainstream media. The protests have long outworn their welcome, especially when action, beyond the arrest of those involved, has been taken to address the injustice of Floyd’s death. We cannot lynch those accused in the killing to appease the bloodlust of the mob; neither should we pretend that the action of a few should taint the records of all police officers—just because the demonstrators choose to believe so.

We are already seeing just how politics via BLM is translating into the totalitarian state. Any criticism of the protests, of BLM, of their whole perverse political package now constitutes grounds for immediate dismissal from work: the June 15 edition of “Tucker Carlson Tonight” cites two examples of officials being fired for their criticism of BLM. There’s also the court supervisor who was sacked for daring to remove BLM signage.

As long as organizations like BLM or anything like it continues to monopolize American politics, a racial divide will persist in America. Freedom is contingent upon the rights of individuals to be treated equally under the law—not on a competition for rights from collective groups—that’s tribalism, not democracy.

As much as BLM hates the concept, we must return to a political standard of “All Lives Matter.” Because, unless you’re prepared to kneel in subservience, your life doesn’t really matter at all.