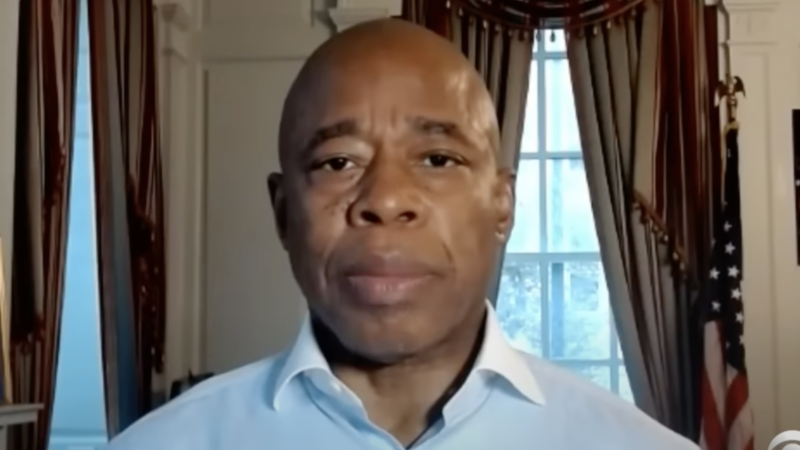 Adams added that he has requested emergency assistance from the state of New York, a resource that is typically called upon only in "dire emergencies."

"We are at our breaking point," Adams said in a statement. "Based off our projections, we anticipate being unable to continue sheltering arriving asylum seekers on our own and have submitted an emergency mutual aid request to the state of New York beginning this weekend."

"This type of request, reserved only for dire emergencies, asks the state for support to shelter arriving asylum seekers as the city faces an immediate need for additional capacity. Our initial request is for shelter to accommodate 500 asylum seekers, but, as New York City continues to see numbers balloon, this estimate will increase as well."

Adams' comments come after the Big Apple received a reported 3,100 asylum seekers in the past week, with 835 arriving on Thursday.

"Three months ago, I spoke directly to New Yorkers about the crisis of asylum seekers that has driven our shelter system to record levels and strained our city. On that day, I said we would surpass the highest number of people in recorded history in our city’s shelter system and that every day after we would set a new record," Adams continued.

"We are now seeing more people arrive than we have ever seen — averaging over 400 people each day this last week, with 835 asylum seekers arriving on one single day alone, the largest single-day arrival we’ve seen to date. All this is pushing New York City to the brink."

As of Spring last year, Mayor Adams reported that the city has received around 40,000 migrants, setting up 74 emergency shelters and four humanitarian relief centers, although that number will have increased significantly as the Biden administration continues to allow millions of people across the border unchecked.

According to Politico, the cost of sheltering these migrants is approaching $2 billion, with Adams deeming the lack of federal intervention "inhumane" and "irresponsible."

"The absence of sorely needed federal immigration reform should not mean that this humanitarian crisis falls only on the shoulders of cities," Adams added. "We need support and aid from our federal and state partners and look forward to working together to meet this crisis head-on."

On Saturday, it was reported that Adams would travel to El Paso, Texas to examine the border crisis firsthand and help bring attention to the situation.
Eric Adams