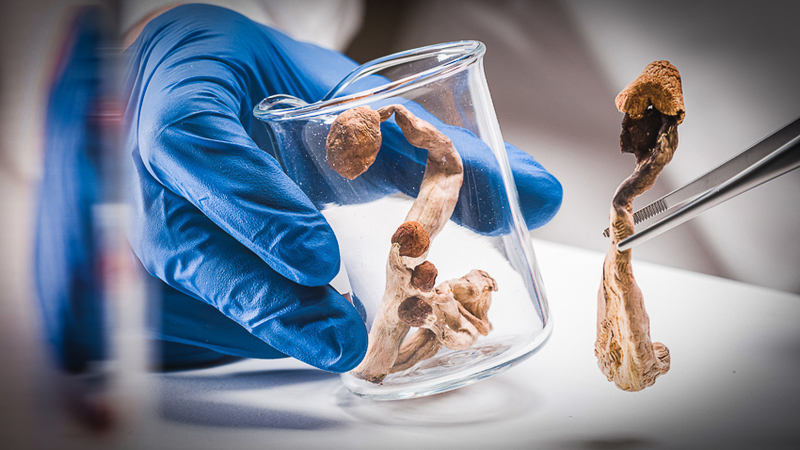 A report from the Associated Press features images of the “first crop” of students learning how to supervise individuals during their state-sanctioned psychedelic experiences.

Portland firm InnerTrek is working with the state to train 100 of these “facilitators.”

“Some classes in the six-month, $7,900 course are online, but others are in-person, held near Portland in a building resembling a mountain lodge with Tibetan prayer flags flapping in the breeze nearby,” AP Reports.

Oregon Ballot Measure 109, was approved by voters in November 2020 by an 11% margin. The measure “created a program for administering psilocybin products, such as psilocybin-producing mushrooms and fungi, to individuals aged 21 years or older.”

The Oregon Health Authority was charged with developing the program and given 2 years to do so, under the guidance of an Oregon Psilocybin Advisory Board.

Husband and wife duo Tom and Sheri Eckert were lead organizers of the legalization effort in Oregon and filed the prevailing measure after founding the Oregon Psilocybin Society. Sheri died in December 2020, just after it was passed.

Tom resigned as the chairman of the Oregon Psilocybin Advisory Board in March, reportedly after the the board had been asked to disclose any conflicts of interest surrounding its advisory role to the Oregon Health Authority.

Tom is still involved in the effort, however–  now as the director of InnerTrek’s facilitator training program. He says that his efforts are part of a much-needed “revolution in mental health care.”

“The current way we are working with mental health simply isn’t cutting it, and we see that in the outcomes,” Eckert said. “We have something of a mental health crisis here in Oregon and beyond.”