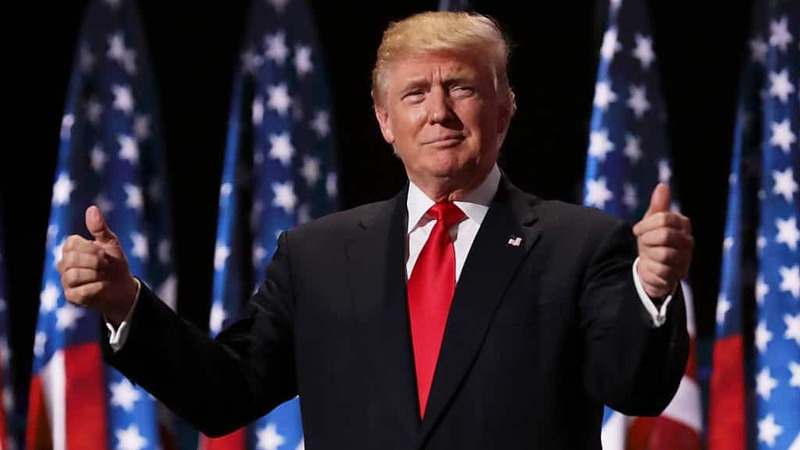 More than once during my time being entrusted with elected office, the Leftist media would often launch attacks upon my person or position. While accepting these rightly constitutionally protected Philippics as coming with the territory, I also had the comfort of knowing that such attacks by the Leftist media burnished my credentials with my fellow Republicans in the district and elsewhere. They were well versed in Leftist media bias; consequently, when one of these outlets facilitated and/or launched an assault upon me, my GOP base was certain I must be doing something right (in every sense of the word). As former Congressman and now CEO of Truth Social (TMTG) Devin Nunes has summarized the GOP grassroots’ view: “You catch the most flack when you’re directly over the target.”

In the instance of former President Donald Trump, some may be tempted to conclude that his enemies are the bane of his existence, perpetually smearing and investigating him with all manner of pretexts and lies, all means fair and foul.
Perhaps the most comprehensive, patent, and proven of these lies is “Russia-gate,” wherein Mr. Trump was accused of “colluding with Vladmir Putin” to steal the 2016 election. This Leftist pandemic of election denying led to their weaponizing the police and surveillance powers of the federal government to subvert a duly elected president. Over the next four years and beyond, a host of Leftist “resistance” and Republican “Never Trump” activists all lined up to virtue signal – usually in a televised appearance – by issuing all kinds of calumnies and accusations against Mr. Trump.

But to presume these enemies are a drag on Mr. Trump’s political future is to forget his political past.

During the 2016 GOP presidential primary, Mr. Trump’s attacks on his fellow candidates resulted in their supporters decrying him. Yet their protests about Mr. Trump provided his bona fides to a large swath of Republican voters. In sum, if the establishment candidates and their supporters loathed and assailed Mr. Trump, then he was the “real deal” – a nominee to defeat both the establishment GOP (in the primary) and Democrat (in the general) wings of the “Uniparty” infesting “the swamp.”

With the abetting of the corporate media who were happy to regurgitate the Uniparty’s attacks upon him to promote the candidate they believed least capable of defeating Hillary Clinton, Mr. Trump’s credentials and credibility were cemented among the GOP’s grassroots. He won the primary; and, with the continued, incessant, unwitting aid of his enemies in both wings of the Uniparty, Mr. Trump was elected president, garnering votes of frustrated independents and blue-collar Democrats who desperately wanted the swamp drained.

Mr. Trump’s supporters have stood with him throughout many incidents that would have utterly ruined a typical political figure. Much of this is because he articulated their angst and animus regarding the Uniparty and its detrimental impact upon the country. They have admired his courage in facing up to the political establishment, which has gone to great lengths to discredit and destroy him. And, make no mistake, his supporters loathe Mr. Trump’s enemies. Viewing them as minions of the “the swamp’s globalist Uniparty,” Mr. Trump’s supporters believe these miscreants are also their enemies. And the last thing these “Ever Trumpers” want to see is the “Never Trumpers” win, for it means that Mr. Trump – and they – lost.

[RELATED: ROGER STONE: I Attended My First Trump Rally Since 2016 – And It’s Clear We Will ‘Make America Great Again’ Again!]

In talking to some “Ever Trumpers,” they concede that not all of the critiques of Mr. Trump are unwarranted. Further, many express their belief Mr. Trump has alienated too many independents to win a general election. But the one thing they will not do is abandon him.

It is not merely an emotional attachment; it is a principled one. Despite his enemies, Mr. Trump never sold his supporters out to save himself. His diehard supporters will not sell him out to save the electoral prospects of the Republican establishment, which they still view as wholly inept and corrupt and infested by soulless stooges of globalism. In the minds of his loyalists, to do so and allow the Uniparty’s “Never Trumpers” to win would be to not only seal Mr. Trump’s fate, but that of the republic and, ergo, themselves, as well.

For those Republicans pondering a prospective 2024 campaign for the GOP presidential nomination, it is a difficult needle to thread: how to oppose Mr. Trump without being seen as a “Never Trump” Trojan horse?

The need to do so is real: the Left will once again be united and bring every resource at its disposal to tilt the electoral playing field to retain the presidency and Senate majority; recapture the House; and protect and expand its power in state governments. Another election where the GOP is divided, disorganized, and woefully underfunded will be an unmitigated disaster our free republic can ill afford.

So, unless these prospective GOP presidential candidates can answer that question, and/or until Mr. Trump throws in his hand, his enemies will continue to be the ace up his sleeve as the 2024 campaign picks up steam.