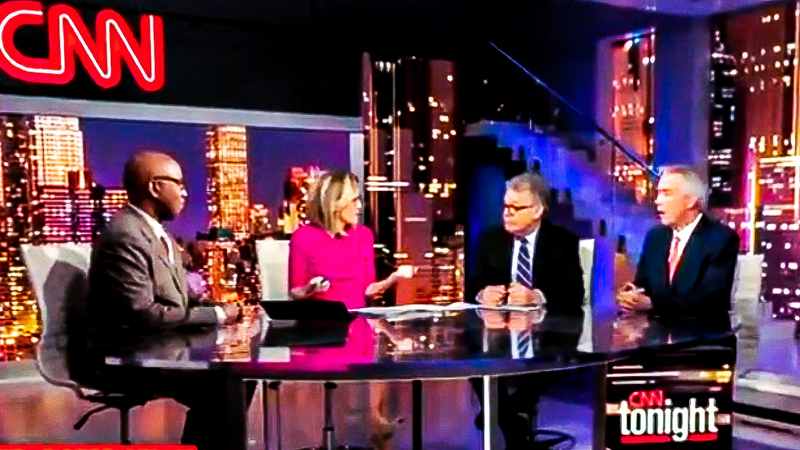 CNN
This article was originally published at The Post Millennial, a part of the Human Events Media Group.
*****
Anderson Lee Aldrich, the non-binary-identifying individual charged with five counts of murder and five hate crimes for the Colorado gay club shooting, was misgendered and accused of using an LGBTQ+ identity to cause confusion by CNN anchors.

In documents obtained by The New York Times, Aldrich's public defenders listed the alleged shooter as "Mx. Anderson Aldrich," instead of "Mr." or "Ms."

During a CNN panel about the shooting, host Alisyn Camerota's and guest Errol Louis' reactions to discovering Aldrich's non-binary identity went viral as she repeatedly used male pronouns and questioned the validity of the claims.

"Attorneys for the accused shooter Anderson Lee Aldrich say in new court filings tonight that the suspect now identifies as-non binary," Camerota said dryly. She then acknowledged what Aldrich's lawyers requested their client be referred to as.

"In a footnote to a motion asserting legal privileges, the public defenders say quote, 'Anderson Aldrich is non-binary, they use they/them pronouns, and for the purposes of all formal filings will be addressed as Mx. Aldrich.' So in other words, not Mr. or Miss," she continued.

The host then welcomed CNN political commentator Errol Louis, former Sen. Al Franken, and Joe Walsh to the panel, asking them for their thoughts on the LGBTQ+ status of the alleged shooter of a gay nightclub.

"I don't know what to say about that. I mean, that's not anything that we had heard from his background, you know, people have been looking into his background," Camerota said, appearing to be confused.

"And I don't know if anybody here – are you guys lawyers? I mean, you know… I don't know what to say about that. I mean, that's what he's now saying," she added, with a seemingly sarcastic tone.

Louis agreed that the development seemed unbelievable, calling it a grab for "sympathy."

"It sounds like they're trying to prepare a defense against the hate crimes charge. That's the least of his problems, legally speaking. But it looks like they're trying to build some kind of sympathy or at least confusion on the question of whether or not this was purely motivated by hate," the host of the Inside City Hall podcast said.

Transgender YouTuber and political commentator, Blaire White, provided her take on the issue.

"If you feel anger about the identity of a mass shooter because you can't use it to attack your political opponents, your soul has been compromised," she wrote on Twitter, condemning those who attempted to make up reasons on why Aldrich identifies as non-binary.