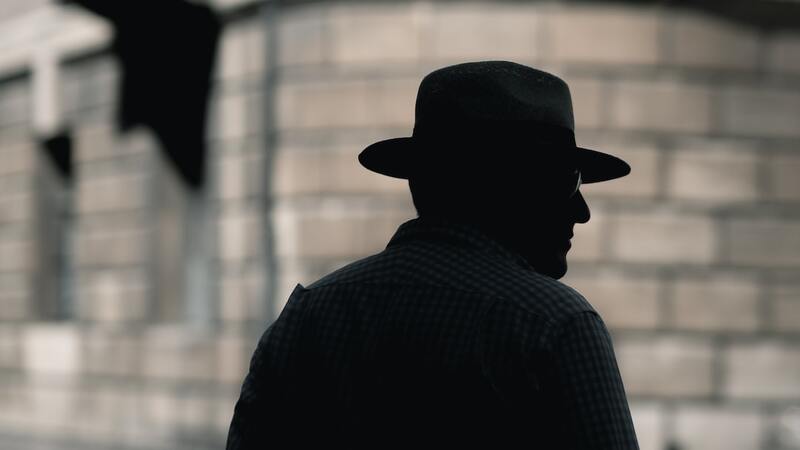 silhouette photo of a man with hat standing near concrete building at daytime by Craig Whitehead is licensed under unsplash.com
A troubling new report from the New York Times has revealed the extent to which China and Iran are spying on dissidents who have since settled in the US.

The trend has become increasingly common, so much so that the FBI has been warning professional investigators to keep a lookout for potential red flags that may alert them to one of these schemes.

Michael McKeever, a 71-year-old private investigator who had been working for decades in New York, fell victim to one of these schemes.

What seemed like a perfectly routine job surveilling a debtor who owed money in Dubai turned out to be an elaborate plot to kidnap Iranian journalist Masih Alinejad, who had been living in New York after openly criticizing her former country's human rights abuses, discrimination against women, and imprisonment and torture of political opponents.

McKeever was assigned to watch the house and photograph the people coming and going. He was told by his clients to "kindly be discreet as they are on the lookout," totally unaware of the fact that the people on the lookout were the FBI, and they were already watching him and his target.

The FBI approached the PI to warn him that his clients were "bad people and are up to no good."

Upon learning of the Iranian government's role, McKeever fully cooperated with the agency. Ultimately the kidnapping plot was foiled and four Iranian intelligence operatives were charged.

McKeever was not charged and to this day continues to operate his firm in New York.

Other private investigators haven't been so successful in avoiding legal trouble however.

55-year-old Michael McMahon had sucessfully built a second career for himself after retiring from the New York City Police Department. Then, in 2016, he was contacted by a woman who needed help locating someone who had allegedly stolen money from a Chinese contruction company.

He says it seemed like a standard enough job.

Four years later, a dozen FBI agents and police officers appeared at his door to arrest him. He has since been charged with acting as an illegal agent for the Chinese government, stalking, and two conspiracy counts.

Prosecutors say he was part of an effort to coerce a Chinese citizen living in New Jersey, but McMahon fervently denies the charges. The case is still ongoing.

It's not uncommon to hear stories about citizens living under authoritarian regimes who are forced to flee and settle in another country after speaking out against their former governments. There have also been several high-profile cases of authoritarian governments going after dissidents. One such example is Saudi Arabia's involvement in the killing of Jamal Khashoggi, a prominent critic of the kingdom who was reportedly lured to the consulate in Turkey and brutally murdered in 2018.

The ongoing protests in Iran following the death of 22-year-old Mahsa Amini in police custody have garnered widespread criticism, which will likely result in an increased desire for the Iranian government to continue its crackdown on dissidents abroad.

Likewise, China's expanding global infulence and increasingly rocky relationship with the west have the potential to make these schemes more common. Less than two months ago, it was revealed that China had set up "police service centers" across the US, Canada, and Europe, where it is said that Chinese "police" had "persuaded" 230,000 claimed fugitives to return to China "voluntarily."

China has defended the practice of setting up what are essentially police stations in other countries, saying that the majority of the work done there is akin to what would take place at an embassy.

silhouette photo of a man with hat standing near concrete building at daytime by Craig Whitehead is licensed under unsplash.com