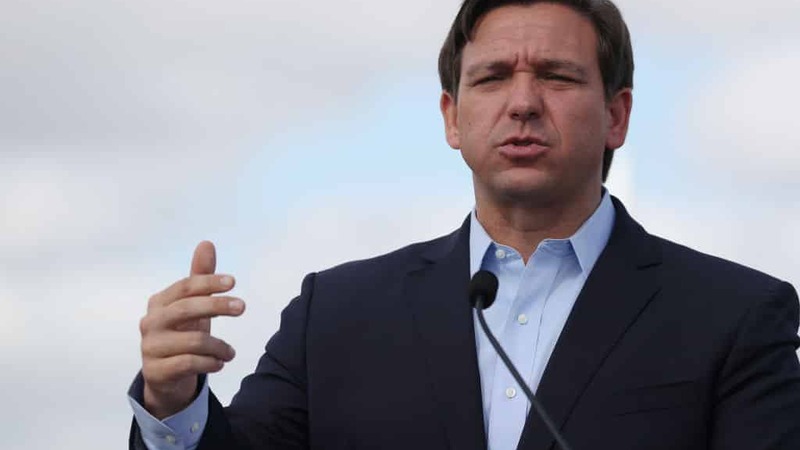 Gov. DeSantis Establishes Victims of Communism Day by Human Events
This article was originally published at The Post Millennial, a part of the Human Events Media Group.
*****

On Thursday, a federal judge in Florida granted an injunction on Governor Ron DeSantis' "Stop WOKE Act" which halted the implementation of the law within public universities in the state.

According to local news, Chief US District Judge Mark Walker granted the motion filed by University of South Florida Professor Adriana Novoa and student Sam Rechek. Novoa said in a statement, "It is a happy day not only for Sam and me, but for the institutions of this country. I hope that the courts will defend the existence of a public education that cannot be manipulated by politicians to push any ideology, now and in the future."

The law, HB 7 or "Individual Freedom," which went into effect at the beginning of July, prevents employers from requiring training that claims that members of one race are inherently racist and should feel guilt for the actions of their ancestors and that a person can be privileged or oppressed based on their skin color or gender, on top of other topics.

When the legislative proposal was announced, the statement read "Wrongs to Our Kids and Employees (W.O.K.E.) Act" is designed to "give businesses, employees, children and families tools to fight back against woke indoctrination" and critical race theory, a form of racial essentialism that defines individuals by their racial and ethnic identity groups and then assigns them a place within structures and hierarchies of power.

Student Rechek and Professor Novoa claimed the law was equal to censorship from the government and were represented by the organization FIRE (Foundation for Individual Rights and Expression.)

Another federal judge in August ruled a portion of HB 7 violated the first amendment, specifically the section that prevented employers from forcing workplace trainings that claim members of one race are inherently racist and should feel guilt for the actions of their ancestors, and that a person can be privileged or oppressed based on their skin color or gender, on top of other topics.

Judge Walker wrote, "One thing is crystal clear—both robust intellectual inquiry and democracy require light to thrive. Our professors are critical to a healthy democracy, and the State of Florida’s decision to choose which viewpoints are worthy of illumination and which must remain in the shadows has implications for us all."

Walker then quoted the Washington Post's slogan, saying "If our 'priests of democracy' are not allowed to shed light on challenging ideas, then democracy will die in darkness."

DeSantis' office said they will appeal and wrote, "The Stop W.O.K.E. Act protects the open exchange of ideas by prohibiting teachers or employers who hold agency over others from forcing discriminatory concepts on students as part of classroom instruction or on employees as a condition of maintaining employment. An ‘open-minded and critical’ environment necessitates that one is free from discrimination. We intend to appeal."