GAYS AGAINST GROOMERS: Predators are Hiding Behind 'Gender Identity' Protections 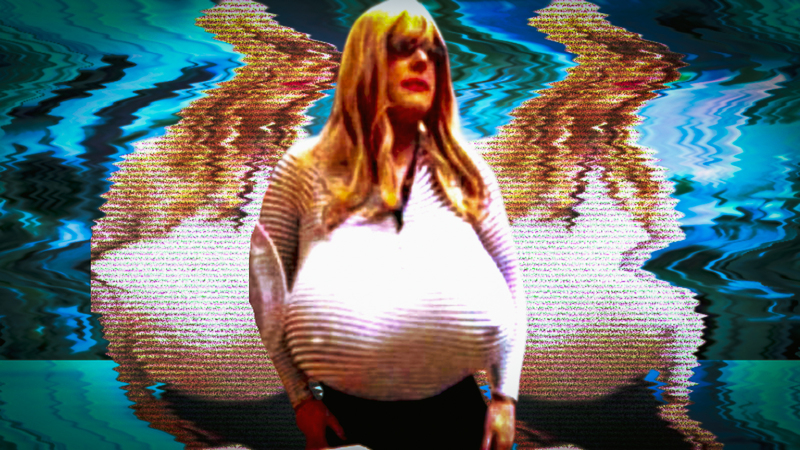 On Sept. 16, feminist website Reduxx broke the story of a male Ontario high school shop teacher wearing massive prosthetic breasts at school. What should have been a clear-cut case of predatory behavior has instead revealed that human rights laws are being used to protect groomers.

And yes, what is happening here is grooming, make no mistake. Minors are being exposed to an extremely sexualized and pornified caricature of a woman and having their sexual boundaries not only flagrantly disregarded but actively pushed. They have been trapped as participants in an adult’s sexual foreplay.

Photos and videos of the offending teacher, whose prosthetic bust is complete with protruding and highly visible nipples, were leaked online by students at Oakville Trafalgar High School. After the story went viral, outrage followed. People all over social media were shocked that the man was involving minors in his sexual fetish and getting away with it.

Some commentators tried to focus on the issues of professionalism and the fact that this was a violation of the Halton District School Board dress code. But it is important not to get mired down in the minutiae of school district policy: the problem is much larger and more far-reaching, stemming from human rights protections for “gender identity” and “gender expression.”

In an e-mail to parents, Oakville Trafalgar High School appealed to exactly these protections while defending the teacher:

Curtis Ennis, the Director of Education for the Halton District School Board, expressed these same sentiments when speaking to Rebel News, telling the reporter that:

Rumors have since started circulating that the teacher is an elaborate troll trying to game the system, get fired, and sue for discrimination. Whatever the case may turn out to be, the main story is that the school and the school board actively defended a teacher wearing fetish gear to class on the basis of human rights protections for gender identity and expression.

And, though this story occurred in Canada, jurisdictions in America and around the world with similar protections could easily see the same type of situation play out.

Gender non-conforming people, whether they identify as transgender or not, should be protected and can be protected on the basis of sex. For example, men and women, no matter how they identify, should not be denied housing, education, or employment for wearing clothes more typical of the opposite sex.

There isn’t a need to bring “gender identity” and “gender expression”—both nebulous terms that are never solidly defined in this type of legislation—into the conversation at all. As we have seen in practice, it seems that all these protections are good for is protecting predators.

If, as a society, we decide that we want to keep these protections on the books, then we need to stop pretending they apply to teachers wearing fetish gear to school and involving all of the staff and students in their sexual kink.

The behavior of this teacher and the reaction of the school and school board have been so outrageous that it is tempting to see this as a rare outlying case that can’t possibly happen again—but that would be a mistake. Groomers will take advantage of these laws and attitudes and, whether he is a troll or not, the Ontario teacher has shown that our public institutions are unwilling to push back against this type of predatory behavior, even for the sake of children.