China Calls Trudeau 'Condescending' After His Interaction With Xi at G20 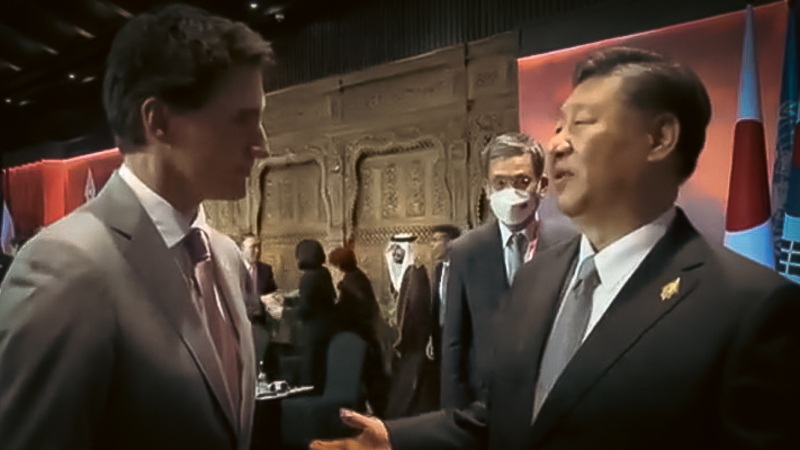 trudeau china
This article was originally published at The Post Millennial, a part of the Human Events Media Group.
*****
Justin Trudeau has been accused by China of acting in a "condescending manner" following his confrontational exchange with Chinese President Xi Jinping on Wednesday.

At a daily briefing in Beijing reported by the Associated Press, Chinese Foreign Ministry spokesperson Mao Ning declared that "Canada should take concrete actions to create conditions for the improvement of China-Canada relations."

Her comments came following the spontaneous talk between the two world leaders that saw Trudeau get scolded by President Xi at the closing session of the G20 summit.

Xi was displeased to find out that details of a conversation that had taken place the previous day with Trudeau had been leaked to the media regarding concerns about alleged Chinese interference in Canadian elections.

"Everything we discuss has been leaked to the paper, that's not appropriate," Xi told Trudeau through a translator. "That's not the way the conversation was conducted."

Trudeau responded by telling Xi that "in Canada, we believe in a free and open and frank dialogue and that is what we will continue to have."

At a news conference later on that day, Trudeau said that "not every conversation is always going to be easy, but it’s extremely important that we continue to stand up for the things that are important for Canadians."

Mao denied any Chinese involvement or interference in Canada's internal affairs, and placed the blame on Trudeau for the deterioration of a conversation that was "quite normal and should not be interpreted as President Xi criticizing or blaming anyone."

"As you can see from the video, I think it is quite normal for the two heads of state to have a brief conversation during the G-20 summit," she added. "The two sides were just stating their respective positions."

Canada's and China's relationship has been fraught with complications since the arrest of Huawei CFO Meng Wanzhou in Vancouver in 2018. This was immediately followed by the detainment and imprisonment of two Canadians.
trudeau china