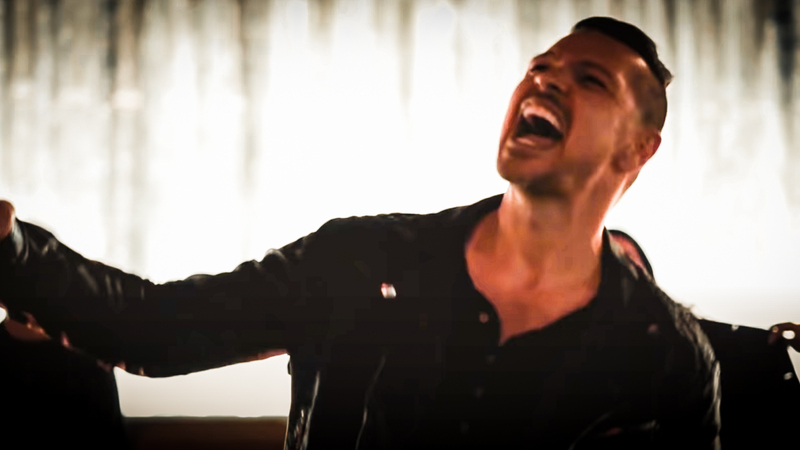 Pop Culture Warriors with Lisa De Pasquale is an interview column dedicated to the significant work of freedom lovers who chose the path of more resistance. Not only are these pop culture warriors fighting the predominant groupthink in entertainment, but also the predominant groupthink on the right side of politics that entertainment doesn’t matter or that the pop culture war is lost. The purpose of this column is to highlight their projects and contributions to expand freedom in new, exciting, and counterculture ways.
*****
Singer and songwriter Rick DeJesus found himself in a life-altering experience in Tijuana, Mexico in 2006. While on tour, he and his bandmates were robbed by local authorities of all their money and belongings. They found refuge in a nearby bar called Adelitas. Inspired by the help they received from locals that night, they started their new band, Adelitas Way, to pay tribute to the experience.

Several weeks ago I read a fantastic piece by singer and songwriter Rick DeJesus, Lead Vocalist of Adelitas Way, posted here on Human Events on the need for male role models and the controversy of Maroon 5’s Adam Levine cheating on his wife. DeJesus wrote:
Men like Levine exemplify the kind of behavior that tears families apart and promotes degeneracy. But even when we do have examples of good men in popular media–like Jason Aldean, who recently stood by his wife when she spoke out against transgenderism, and Jordan Peterson–there remain many who insist on smearing these men as “toxic” and “dangerous.” Olivia Wilde even went so far as to model an “incel king” villain after Peterson, whose cardinal sin apparently is helping disaffected young men find meaning in their lives....

I am proud to stand among men like Aldean and Peterson, who recognize that our popular culture isn’t doing enough to stand up for truth and uphold good role models for the younger generation–but especially for young men. To be masculine in the traditional sense of the word means to be strong in the face of adversity, support and protect our families, reach out to and give a voice to those in need, and recognize that our ability to succeed in this lifetime comes from submission to a higher power. It is not all about us, as much as our narcissistic, individualistic culture would like us to believe.”
Watch any commercial or sitcom with a bumbling, beta dad and you can see the need for strong, positive male role models should be at the top of the to-do list for pop culture warriors.

God and Jesus inspire me to be a better person, to be more loving and compassionate not only to others but to myself. We can get caught up in the things we have done wrong and get down on ourselves until we feel pretty low. God gives us a fresh start and makes it clear that we are loved.

What was your childhood pop culture obsession?

I had quite a few chain wallets and JNCO jeans. I remember that the boy band era on MTV's "Total Request Live" was causing a frenzy with all the girls I knew. I definitely tried wearing some crazy outfits to impress them. I remember I even handmade some crazy clothes to have the pop flare. NSYNC and The Backstreet Boys--they had some crazy clothing style, but the things we do when we have a crush!

My mom and dad took me to Aerosmith. I loved the energy in the arena, it was electric.

What vinyl, cassette, or CD is still on repeat in your house after all these years?

I live in a house with all girls so I’m always hearing Dua Lipa blasting everywhere I go. My daughters have discovered NSYNC recently, and they have no shame in hitting the repeat button on the hits.

What would you tell readers who say they’ve opted out of the pop culture war?

Today's pop culture war is very different. It’s not fashion based, or even musical-style based. It’s really divisive. Pop culture today pushes division more than I have seen in my life so far. I think we should focus on our culture sticking together. For those who have opted out, maybe opt back in, and let’s change the narrative

What can readers do to support you and your music?

We love our fans. They have made our dreams come true so I just want to thank everyone who made this all possible! Listen to our music and if you enjoy it, tell people about it. Word of mouth is so powerful!
rick dejesus