Who Are the World Economic Forum's 'Young Global Leaders?' The Names May Surprise You. 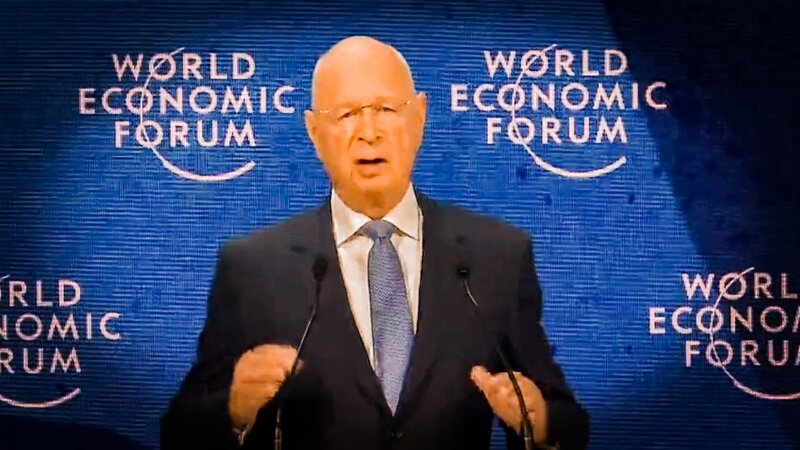 World Economic Forum Says It Is ‘Time to Look Beyond’ Private Vehicle Ownership by Ari Hoffman
When all seven leaders of the G7 nations parroted the same “Build Back Better” slogan during the heart of the Covid-19 lockdowns, it became clear that it was long past time to pay close attention to the one relevant common denominator between them: the World Economic Forum.

The same thing goes for business leaders – all three CEOs of the three American pharmaceutical companies that developed a Covid-19 vaccine are frequent Davos attendees. But even beyond Covid-19, the same can be said about the next “current thing” – the Russia-Ukraine war – in which the leaders of both countries have had a relationship with the WEF.

Regardless of the issue of the day, the most prominent individuals involved – across different sectors of society and across the political spectrum – almost always have current or past ties to the WEF.

There are a number of ways in which politicians, corporate executives, journalists, academics and even celebrities are linked to the WEF. At minimum, one may attend WEF’s bourgie conference in Davos, where the ultra-elite gather annually to discuss how they will finally usher in the long-awaited utopia by taking away our property rights and feeding us bugs. But attending Davos, as sinister as that may be on its face, is still the most elementary form of involvement with the WEF that one can have – there are other more participatory roles.

But both of those roles pale in comparison to graduates of WEF’s “Young Global Leaders” (YGL) program, which is not some fancy public conference like Davos, but rather a private, instructional multi-year seminar. While some merely attend Davos and others “contribute” to its agenda, YGL graduates are actually trained in the WEF worldview (and usually earlier in their careers, hence the name of the program).

Some of the most powerful people alive have participated this program. World leaders such as Vladimir Putin, Justin Trudeau, Emmanuel Macron and Angela Merkel, and business leaders like Bill Gates, Jeff Bezos, Mark Zuckerberg, Larry Page and Sergey Brin are all listed as YGL alumni.

How is it that the founders of Microsoft, Amazon, Facebook, and Google all attended this one elitist training seminar? And, as mentioned, it’s astonishing how many of these YGLs are listed as having participated in the program well before the climax of their influence. For example, Putin graduated before he became president of Russia, Page and Brin before Google became a publicly traded company, and Gates and Merkel were in the program’s inaugural year back in 1993.

Since its founding in 1993 (then it was called “Global Leaders for Tomorrow”) until today, there has been a new class every year, totaling in over 1,400 YGLs. And the most recent wave of graduates is already having an impact on politics globally.

WEF doesn’t discriminate based on party – it recruits politicians from both sides. This is especially true in the United States. Dan Crenshaw, Gavin Newsom, Adam Kinzinger, Pete Buttigieg, Nikki Haley, Tulsi Gabbard, Texas Congressman Colin Allred, and Phoenix Mayor Kate Gallego have all been named as YGLs. If you recognize any relatively young politicians from other nations, chances are they may also be YGLs.

For example, Trudeau, Macron, PM of New Zealand Jacinda Ardern, PM of Finland Sanna Marin, PM of Belgium Alexander De Croo and former PM of Georgia Mamuka Bakhtadze are all listed as YGLs, while President of Ukraine Volodymyr Zelenskyy, President of El Salvador Nayib Bukele and Supreme Leader of North Korea Kim Jong-Un are unspecified WEF members. Though there is no evidence yet that Rishi Sunak – the UK’s newest PM – is named as a YGL, he is still a WEF member, and former PMs Boris Johnson and Tony Blair are both listed as YGL alumni.

There have been those who appeared on the YGL list who have denied their enrollment altogether. Crenshaw, for example, claimed that he was never contacted by the WEF and merely named by them as if YGL is an editorial list. Photos show YGL as an in-person training seminar. Notably, Crenshaw has not appeared in any such photos. WEF’s own description of the program is as follows:
Throughout the five year programme, YGLs are fully involved in the Forum’s meetings, initiatives and research and interact with the Forum’s wider multistakeholder community. YGLs have a powerful role in determining the community’s activities. They are governed by a foundation board of respected leaders and are managed by a dynamic team of young professionals based in Geneva and China.

So, Crenshaw says that the WEF simply added him to a list without his knowing, while WEF suggests that Crenshaw's inclusion equates to having participated in a “five year programme,” and being “governed by a foundation board” and “managed” by a team in Geneva and China. That’s a stark contrast. Perhaps some figures listed by WEF as YGLs may be less involved. (Note: on 11/17/2022 a representative from Rep. Crenshaw's office contacted Human Events to reiterate that the congressman did not complete such a program, has no ties to WEF, and was added to its YGL list without his approval or knowledge.)


(Note: After publication, Rep. Crenshaw's office provided Human Events with evidence of an email that appears to have been sent from the congressman's office to WEF in Feb 2019, highlighting his decision not to take part in the YGL program, and thus refuting the suggestion that he was ever a participant.)


Either way, it’s alarming how many elected representatives have any ties at all to the WEF, let alone via this specific program that is designed to subvert governments around the world.

Unsurprisingly, the WEF also has its hand in media. Some of the most recognizable commentators of the last few decades are YGL listed alumni. George Stephanopoulos, Anderson Cooper, Van Jones, Andrew Ross Sorkin, Bret Stephens, Ian Bremmer, Maria Bartiromo, Sanjay Gupta and Leana Wen are all listed as YGLs.

One may be inclined to think that the WEF recruits these individuals because they are prominent members of the media. Well, Stephanopoulos (Class of ’93), Van Jones (Class of ‘05) and Leana Wen (Class of ‘18) all are listed as having participated in the YGL program years before they became commentators. Wen, for example, was recruited to be a YGL because of her role as a “Professor of Health Policy.” And then it just so happened that when CNN needed a token Covid expert, it chose Wen out of all the health policy academics in the country.

Even being born into powerful political families buys you a ticket to the YGL program. Chelsea Clinton, Alexander Soros and Nathaniel Rothschild are listed as YGLs, and Ivanka Trump is listed as an unspecified WEF member.

The WEF doesn’t only recruit leaders in business and politics, but also exploits the influence of cultural icons to advance its agenda. It’s not a coincidence that Leonardo DiCaprio addressed the UN on climate change in 2014 – he was listed as part of the YGL program in 2008. Or that Bono is universally recognized as an activist – he was named as part of the YGL program in 1993. Other celebrities and athletes who are YGL alumni include Wyclef Jean, Ashton Kutcher, Priyanka Chopra, Charlize Theron, Chris Tucker, Roger Federer, Megan Rapinoe, Tony Hawk, Dikembe Mutombo, Rio Ferdinand and Yo Yo Ma (who is also on WEF’s board).

The most confusing aspect of it all are the listed YGLs who largely appear to stand in opposition to globalism and the WEF’s agenda. For example, Hungarian PM Viktor Orban is listed as a YGL alumnus, Trump is an Agenda Contributor, and Israeli PM Bibi Netanyahu and former Brazilian President Jair Bolsonaro are unspecified WEF members.

This may surprise some, but even Elon Musk is a listed YGL, and another PayPal co-founder, Peter Thiel – who’s also on the steering committee of the Bilderberg group – is also listed as a YGL. Thiel recently co-founded Strive Asset Management – an anti-ESG fund provider aimed at becoming the non-woke alternative to BlackRock – with “Woke, Inc.” author Vivek Ramaswamy. Well, Ramaswamy, a very vocal opponent of ESG, is also a named YGL.

Musk, Thiel and Ramaswamy are arguably the three most influential and outspoken anti-woke, anti-globalist businessmen on the planet. Yet, all three are YGLs and just so happen to also be business partners with each other. I’m not sure what to make of that strange fact (perhaps their public opposition to the WEF agenda is in part informed by their inside exposure to it?). Whatever the reason, their connection to the WEF shouldn’t be ignored – we should be able to recognize and appreciate some of the good work they are doing while reserving some skepticism given their history.

While so many of the WEF’s plans for social control are out in the open for all to see, most of its YGL content and lists of graduates have mysteriously been scrubbed from its webpages in recent years. Likewise, most named YGLs have seldom commented on their experience, forcing one to ponder just how conspiratorial and immersive the program is: Is it more like what Crenshaw described – an editorial list – or more akin to WEF’s own description of it as a lengthy, interactive program?

To help answer that question, I’ll leave you with the words of WEF founder Klaus Schwab himself. Speaking about the YGL program at Harvard University in 2017, Schwab said: