Lula's Win in Brazil Is a Victory for the Great Reset & CCP: Jack Posobiec and Libby Emmons Explain 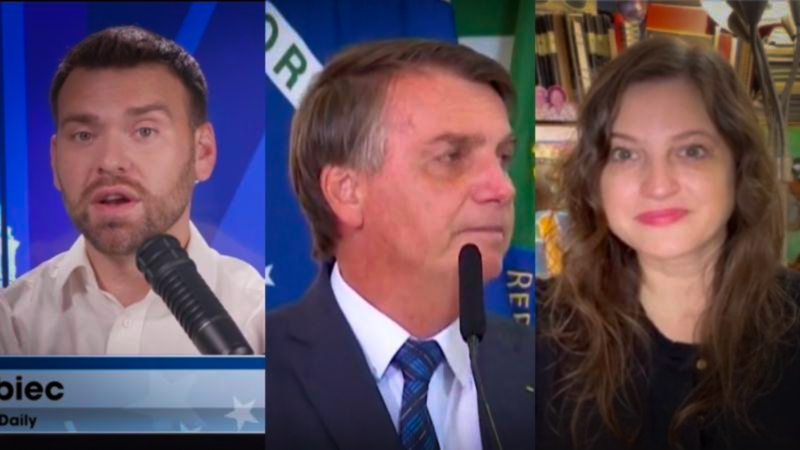 While mainstream media and Big Tech seem to have largely shied away from acknowledging Lula's criminal past, Posobiec dove straight in.

"We're told by the media that Lula has won. This guy is full-on 'Great Reset,' full-on World Economic Forum, totally embedded with the Chinese Communist Party. He's been in office before," he said.

"His previous time in office was exemplified with high corruption – which he went to jail for, as a matter of fact – high crime, a terrible economy," the host added.

Lula, who served as president from 2003 to 2011 and served time in prison for corruption before his sentence was annulled, received 50.83 percent of the vote to Bolsonaro's 49.17.

According to Posobiec, the leader of the National Workers Party "certainly flirt[s] with full-on communism, if not embracing it completely."

Twitter has been flagging posts that claim that the election was stolen from Bolsonaro with tags saying they are "misleading." Video showing police joining in on truck driver blockade protests now have a label that read, "learn why election experts say civic processes in Brazil are safe and secure."

According to Fox News, while Bolsonaro has yet to formally concede defeat, he told Supreme Court Justice Luiz Edson Fachin on Tuesday that his battle with Lula "is over," emphasizing that he has "always played within the four lines of the constitution."

Nonetheless, his supporters have continued to voice their frustration while Twitter attempts to silence them.

"Yeah, it's really interesting that they felt the need to send the head of the CIA down to tell Bolsonaro that so far in advance of the election. I guess there was a lot of reason to believe that an election so far in the future was already going to be contested before it had even been held," Emmons replied, noting that the timing of the situation was "stunning."

"And that certainly causes concern, I think among anyone who's forming their own opinions is looking around wondering why there's so much protest about that," Emmons added.

"AOC put out just a one-word tweet that says 'Lula,' because she is on a first name basis with this gentleman who was accused of corruption and went to prison for it. This is who's on her team, I guess," Emmons remarked.
Jack Posobiec
brazil poso libby