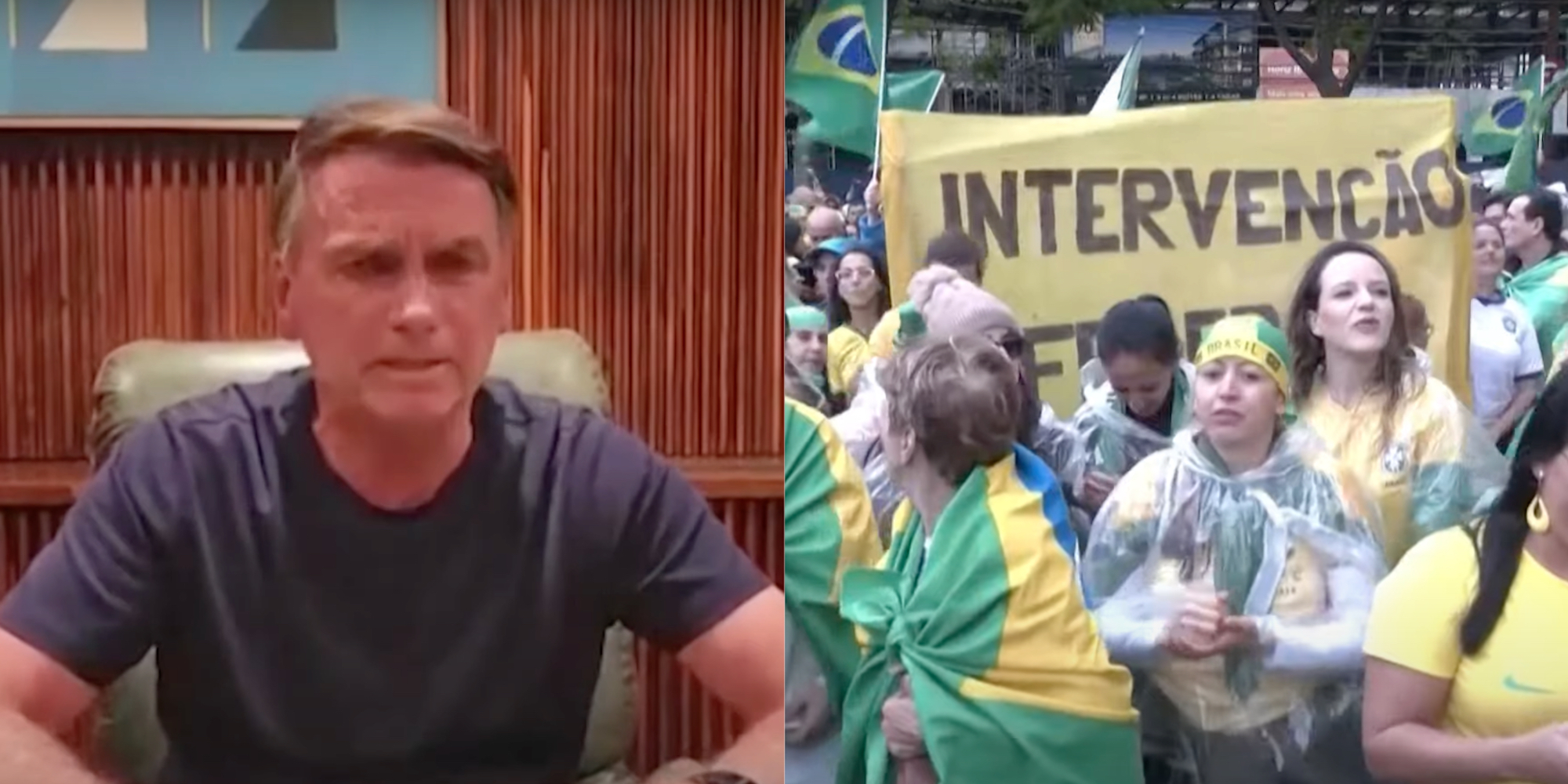 Soon-to-be former Brazilian president Jair Bolsonaro has called on his supporters to end the roadblocks that formed across the country after he lost the federal election to left-wing competitor, Luiz Inacio Lula da Silva, on Sunday.

Bolsonaro made the announcement as the official transfer of power commenced. Lula, who served as president from 2003 to 2011, received 50.83 percent of the vote to Bolsonaro's 49.17.

"I know you're upset," Bolsonaro said in the video-message to supporters. "You're sad; you expected something else. So did I … but we have to keep our heads in place."

Bolsonaro noted that, "having the roads closed is hard on everyone," and urged his supporters to "protest in another way and in other places."

He added that protests that do not disrupt roadways are "very welcome" and "part of democracy."

According to Fox News, while Bolsonaro has yet to formally concede defeat, he told Supreme Court Justice Luiz Edson Fachin on Tuesday that his battle with Lula "is over," emphasizing that he has "always played within the four lines of the constitution."

Nonetheless, his supporters continue to voice their frustration both on and offline as they struggle to come to grips with the fact he lost. Some have even gone so far as to call on the military to prevent Lula from taking power.

In response to the growing number of posts on Twitter claiming that the election was "stolen," the social media giant began flagging such content as "misleading." Users who saw these posts were presented with a label that encouraged them to "learn why election experts say civic processes in Brazil are safe and secure."

If a user clicks the link, he or she is informed, in Portuguese, that "the Superior Electoral Court (TSE) and the Regional Electoral Courts (TREs) have established a series of audit parameters and processes to ensure the security and integrity of elections."

"The Electoral Justice carries out periodic security tests of electronic voting machines," the notice continues, "in addition to providing voting reports to polling station officials and inspectors from political parties, the Armed Forces, the Brazilian Bar Association (OAB) and the Public Ministry. In addition, voters can access the ballot box. The TSE also established a Transparency Commission to develop new best practices in electoral transparency."

Brazil’s political history has been tumultuous to say the least. From its origins as a plantation colony through to the present day, the nation has struggled to maintain political stability. It has gone from a monarchy, to a democracy in name only, to a military dictatorship, to a "flawed democracy," and under Bolsonaro many feared it could become an authoritarian state. Throughout all this time, however, one thing has remained constant: rampant corruption among those in power.

In her documentary, The Edge of Democracy, Petra Costa explained that despite his government being rife with corruption, while in power Lula managed to escape criticism. In 2015, however, Lula's successor Dilma was accused of being "installed" as leader, and while testifying in her impeachment trial, he became implicated in a scandal involving an apartment he had allegedly been given by an oil company.

Lula was shown by the media being taken away by the police, and despite the fact that no formal charges had been brought against him, the spectacle caused many to believe he was guilty. In the end, Dilma was impeached, and Lula was sentenced to twelve years in prison, making him ineligible to run for president in 2018.

In 2019, Lula was released from prison after the Supreme Court ruled that his incarceration had been unconstitutional, and began drumming up support for a return to federal politics.