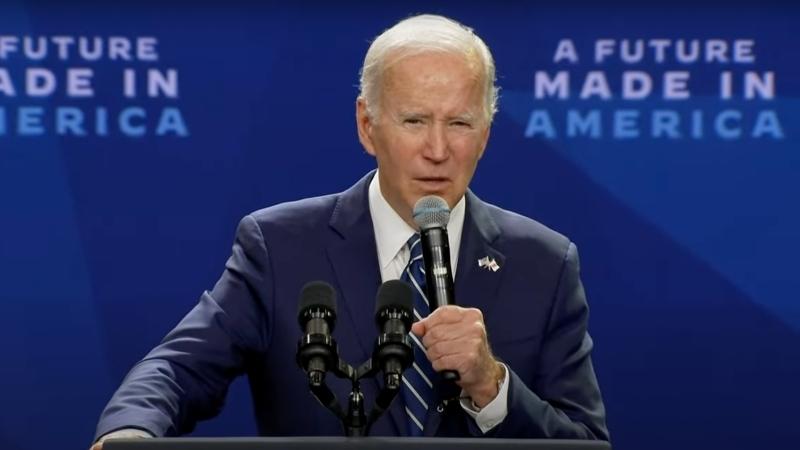 In a seemingly out-of-character move, The Hill published an op-ed on Tuesday that questioned if President Joe Biden will be removed from office under the 25th Amendment due to his declining mental health, a flag that the piece notes was waved at former President Donald Trump "mostly because they didn’t like him or his policies."

In a controversial piece titled "Is a 25th Amendment removal in Joe Biden’s future?," Hill opinion contributor Merrill Matthews made his case.


According to Matthews, the conversation of Biden's unfitness for office is one that "the left and the media forced on the public during the Trump administration." Almost immediately after entering office, there were calls for him to be removed under the 25th Amendment, which can be invoked when a president is found to be unable to carry out his duties as commander-in-chief.

Matthews wrote about how in January 2018, questions on Trump's "mental fitness for the heavy duties of the presidency" prompted him to undergo a cognitive test, which he said he "aced" to "shut these people up," in an interview with Fox News.

"In December 2019, 350 psychiatrists and other mental health professionals signed a petition during the Democrats' first impeachment fiasco claiming Trump’s mental health was rapidly deteriorating," Matthews continued, listing examples of the Democrats failing to oust Trump over his health.

"And the accusations took on renewed urgency right after the 2020 election and the Jan. 6 Capitol riot," he added.

"We frequently see him, after he has delivered a speech, wander off as if he doesn't know where he is or where he's supposed to go. Someone hurries over and takes his arm and points him in the right direction," he wrote of the current president, who will turn 80 this month. "At times he's lucid and in control, but at other times he seems baffled and confused. It's not unusual to see this behavior in older people."

In one of Biden's latest gaffes, he claimed that there are 54 states.

"If that is indeed mental decline we're seeing, it will likely get worse," Matthews, a resident scholar at the Institute for Policy Innovation, said.

According to the columnist, it's "very unlikely" that Vice President Kamala Harris would invoke the 25th Amendment in order to take Biden's place, but it is possible that Democratic leaders would use the threat of the amendment "as leverage to get him to agree" to not run.