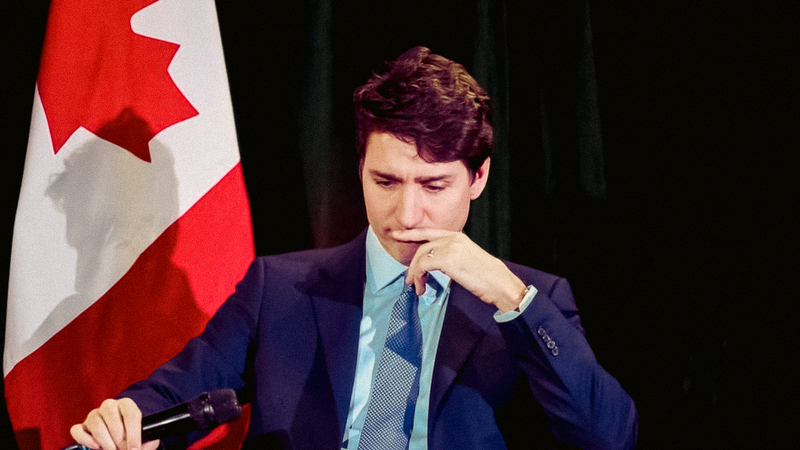 trudeau
Prime Minister Justin Trudeau wants to empty Canada of guns. With his ban on handguns, the woke leader thinks he closed the border to gun crime.

“What this means is it will no longer be possible to buy, sell, transfer or import handguns anywhere in Canada,” said Trudeau.
“In other words, we are capping the market for handguns.”

Really? What about the criminals? Are they buying, selling or transferring handguns in the usual manner? Is your law going to stop any of them from securing arms illegally? Of course not. It’s just another Liberal Party gimmick from a bag of tricks that is fast becoming empty. Polling indicates that Canadians aren’t falling for it either.

He also wants to confiscate every long gun in Canada that might be described as being “assault-style.” Now Trudeau wouldn’t know one end of a rifle from the other and couldn’t hit the side of an oil tanker but he felt himself sufficiently acquainted with guns to define precisely which ones he wanted Canadians banned from owning. The problem of course is that there is nothing at all precise about this description.

All of this is happening against a politically catastrophic backdrop for Trudeau.

Trudeau is in serious political trouble at the moment because he is the focus of the Public Emergencies Order Commission or the Emergency Act Inquiry under the direction of Justice Paul Rouleau. The board convened as a consequence of Trudeau invoking the Emergencies Act on Feb. 14, 2022 in response to the Freedom Convoy protest in Ottawa and other Canadian cities. The demonstration – at least in the nation’s capital – was entirely peaceful and was aimed against the COVID-19 vaccine mandates. Trudeau of course will be the star witness at the inquiry and the evidence is mounting that he had no valid reason to crush the Freedom Convoy but that he had a preponderance of political and personal ones and that’s why he used police muscle to literally push the protesters out of town and in one instance have a horse walk over an old woman in a walker who happened to be in the way.

Just as U.S. governors used the COVID pandemic to extend their personal powers and exercise their authoritarian ways, Trudeau reveled in the “Great Reset” that the World Economic Forum declared was the raison d’etre for the pandemic and is even threatening now to continue lockdown procedures if people don’t line up for more vaccine booster shots in the fall.
So, Trudeau is hoping his other gun grab is going to be a success but that is looking like a failure too and is actually empowering the provinces to revolt against the federal government.

Nobody is going to call it secession. But it sure has the look of it.

It started with Alberta, spread to Saskatchewan, then Manitoba and finally all the way to the Maritimes.
These provinces are telling their Royal Canadian Mounted Police forces not to cooperate with the federal government’s gun confiscation program.

The gun confiscation – or buyback – program is one of these. Trudeau has declared that Canadians cannot own any weapon deemed to be an “assault-style” weapon. What you may ask constitutes an assault-style weapon. Well, that can be just about anything you can imagine, including a Civil War musket or any antique you might have been harboring in your attic for decades. The government wants them all. Yes, it will reimburse you for them but what’s a fair price? And what if you don’t want their fair price?

What this distills down to is another hairbrained scheme from a witless prime minister who knows nothing about public safety but everything about infringing upon basic civil liberties. Taking away your antiques is not going to make the streets any safer from gun violence. We all know that these are not the weapons that are being used in crimes and that the criminals will still be able to obtain the weapons that are being used in crime.  If Trudeau didn’t learn that in drama school, that is bad news for the country but it probably should surprise none of us.

What Trudeau is doing quite assiduously is taking away every Canadian’s ability and right to self-defense. Because when that criminal with the handgun or the long gun shows up at your doorstep, you won’t have anything but the knife in the drawer to defend yourself with. Trudeau will have seen to that.

You see, it’s a strange fact of life criminals aren’t accustomed to lining up to relinquish their weapons to the police or with registering their firearms or with cooperating with the authorities: they generally don’t obey the law. That’s why they’re called criminals. But Trudeau’s assault on assault-style weapons is both political stunt — or more precisely the sort of improvisational competition he might have challenged his drama students with – and an attack on the right to self-defense. If that right existed at all in Canada.

Trudeau never talks about taking that right away. He operates on a level that’s all so very unreal only a leader like Trudeau, so blissfully distanced from reality, could actually imagine executing such a chimeric but absurd notion of confiscating your antique weapon and pretend it has something to with protecting public safety.  It's theatre of the absurd — which is where Trudeau should have lent his expertise along with moonlighting as a groovy blackface performer and tone-deaf piano bar singer – as he demonstrated so well in London on the eve of Queen Elizabeth II’s state funeral.

So let the revolution continue. And just a note here, one has to agree with Alberta Premier Danielle Smith — full disclosure, a valued friend — that non-cooperation with the new gun law is tangential with the Alberta Sovereignty Act. But it should be noted Alberta already possesses the right to opt out of federal legislation under the Constitution and that’s called the Notwithstanding Clause. Quebec has consistently used it over the years to protect what it sees as its language and culture.