AJ RICE: How Long Until Hispanics Are 'White Adjacent?' 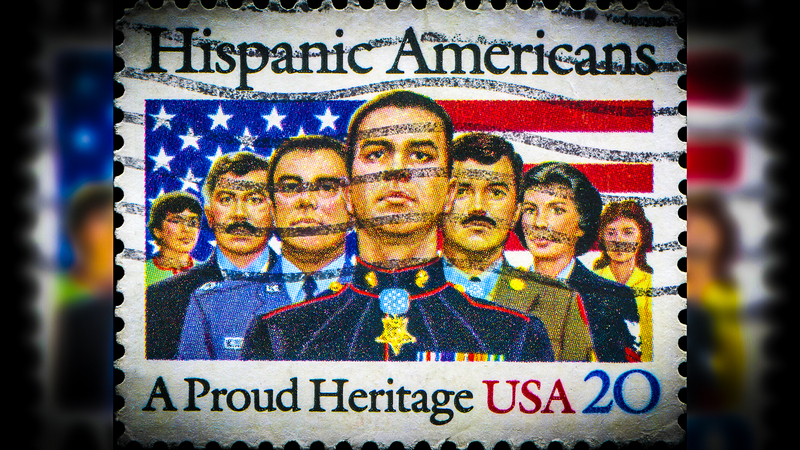 Hispanic_Americans
In today’s leftist political lexicon, the white American who doesn’t vote Democrat is the worst thing a person can be. You’re racist, they say, or at the very least, voting against your own interests. If you’re a white woman voting Republican, you’re less of a woman than the man creature in a dress who recently interviewed Joe Biden at the White House. You're all that’s wrong with America and the world, you’re a racist, and you will eventually be displaced by demographic destiny. You’re also polluting the air and killing the planet that Black, Indigenous, and people of color (BIPOC) always lived on within perfect harmony. It’s inevitable, white America. Your days in the sun are fast coming to an end, and with it, your oppression, and not long after that, the America that you know and love will transition into a permanent socialist future. This is what the left has planned for us, for decades, using BIPOCs to achieve unchallenged power.

But some BIPOCs refuse to go along with the program.

The BIPOC-obsessed left is working on a magic trick that even Criss Angel wouldn’t dare attempt. They’re trying to make millions of non-white people into white people without their consent.

The name of this trick is “white adjacent.” Google that and you’ll find literally thousands of thumb-sucking essays, op-eds, and tweets on the subject.

Kenny Xu recently detailed how this comes out in Critical Race Theory, the divisive race indoctrination that every human resources department in corporate America is forcing on everyone who has a job. Under CRT everyone is either an oppressor or they are oppressed, and the lines are drawn along explicit racial characteristics. White = oppressor. BIPOC = oppressed. If that sounds simple-minded, that’s because it is. If that sounds like it ignores eons of history in which all races have oppressed other races, and even their own race, at some point, that’s because it does. CRT is based on ignorance, imposes ignorance, and reinforces ignorance.

Xu notes that CRT has no idea what to do with Asians who’ve come to the United States either in the last 100 years or the last 100 seconds and gone on to succeed here. How can an oppressive, white supremacist society ever allow non-whites such as Asians to succeed? Yet, succeed they have. Robin D’Angelo, the author of “White Fragility,” has found a solution.

"The closer you are to whiteness—the term often used is white-adjacent—you're still going to experience racism, but there are going to be some benefits due to your perceived proximity to whiteness. The further away you are, the more intense the oppression's going to be," D’Angelo declares.

This woman is a fruitcake.

Notice that there’s no room for individual agency in this formulation. No room for taught and learned values, no room for the role of the family, no room for achievement of any kind. The pro-choice left suddenly doesn’t believe in choice. It’s all about the skin color. No room for the human mind to have a single thought or make a single decision. You are the color of your epidermis, and nothing else. A generation ago, such thinking was so evil it had to be stamped out. Now it’s being weaponized and embedded into every nook and cranny of our society.

The Biden administration is dominated by this mindset. That’s among the reasons it moved the goalposts from “equality” to “equity” and it’s forcing the military through political indoctrination and building leftist political offices into all federal departments. Equality before the law was achieved; equity is now being forced despite clear majority opposition.

The Atlantic’s Jamele Hill has built her career on this ideology and the once-thoughtful and august magazine continues to publish and promote her as she declares another BIPOC cohort is no longer “of color.”

Now that Hispanics are making the conscious choice to abandon the Democratic Party in large numbers, Hill says they are – surprise! – “white adjacent.” Poof – millions of Hispanics are practically white!

Even though Hispanics can be quite brown and have complex lineages that include doses of indigenous, African and Asiatic blood, which according to the left, would define them as “people of color” and members of the BIPOC brigades in good standing, they’re now as white as Asians.

Hispanics seeing what’s in front of their eyes and exercising their freedom of choice is a major problem for the progressive left. Hispanic voters rejecting socialism – many of them escaped socialist dumps in their or their parents’ generations – threatens the left’s long-term Utopian socialist project. Hispanic voters were once seen as BIPOCS who would blaze the eventual and inevitable path through which the Democrats would achieve an unbreakable lock on power forever, granting white leftist socialists free reign to do to America whatever they want without fearing that elections would ever undo their work.

The Lone Star State is a perfect example. Texas has voted solidly red since the 1990s. The Texas Democratic Party has spent every minute since it fell from grace selling itself to the hard left on policy despite the state’s individualist mentality, on the assumption that Hispanics in that red state would eventually grow enough in numbers to overwhelm the state’s white population and turn Texas forever blue. I’m not assuming this or reading anything into ambiguous statements. The Texas Democratic Party has literally been saying this for decades. The national Democrats have banked on this and have openly said that Hispanics turning Texas blue would end the Republican Party and shift the entire country to the left. There was even a phony book about it – The Emerging Democratic Majority.

That majority should have emerged by now. Texas became what’s called a majority-minority state years ago, meaning white Texans are no longer the majority. BIPOCs make up the majority of the state’s population. Yet Texas is as Republican as ever. Texas Latinos flipped a district long-held by Democrats to Republican Rep. Mayra Flores, the conservative Latina who is married to a Border Patrol agent – who is also Hispanic. The Border Patrol itself is heavily Hispanic despite its being an instrument of white oppression in the BIPOC lexicon. Texas Hispanics also elected Rep. Tony Gonzales to Congress from his border district on a platform of conservative values and law and order. Bush acolyte former Rep. Will Hurd explicitly distanced himself from these very values and was only able to hang onto that district by a thread. Gonzales made the district deeper red, and other nearby districts appear set to follow. Donald Trump made the case for border security, energy independence, and a strong economy, and once-blue counties in Texas’ deeply Hispanic Rio Grande Valley trended very red, very fast.

To the BIPOC masters, this colors far outside their narrow lines. CRT doesn’t allow for choice or values, remember, just skin color. Demographics are ironclad destiny.

The same trend is happening in Florida, where Republican Gov. Ron DeSantis is picking up support among Florida’s large Hispanic population.

Reacting to a news tweet that DeSantis is so popular among Florida Hispanics that he’s set to win deep blue Miami-Dade County, Jamele Hill tweeted, “That proximity to whiteness is a real thing. Also reminds me of an adage I heard a long time ago about how the oppressed begin to take on the traits of the oppressor.”

Question: Where did the impressionable Jamele Hill hear this toxic “adage”? Where did it come from? Most likely from Ibrahim X. Kendi or one of his CRT disciples. Robin D’Angelo, perhaps, taught Hill to hate white people and everyone else who doesn’t think exactly the way she demands they think.

As Hispanics decide the Democrats are only delivering division, inflation, crime, chaos, and overt attacks on their faith and their families, they’re making the sensible decision of their own free will to seek a different party that welcomes their beliefs. This is their choice. Hill and her cohort demand that Hispanics think and vote a certain way or risk alienation. They’re painting Hispanics white so they can pour scorn on them and shame them, as they pour hate on white Americans every single day.

The Atlantic is squarely on board with forcing people of certain skin colors to all think and be the exact same leftist thing, as is the New York Times, as is the Washington Post, the Houston Chronicle, and every other major leftist organ. So is the Biden Democratic Party and the media culture at large. All of the major sports are on board, and so is academia, with Big Tech tightening the screws on opposing thought. Question the left’s narrative in any way and you may find yourself denounced, fired, ostracized, deplatformed, and made digitally into a nonperson.

Hispanics will soon learn that being white in America comes with built-in disadvantages.

If you’re looking for a silver lining in all this, maybe this is it. Pushing former BIPOCs out into the cold, white world gives them a kind of permission to think for themselves and vote however they want. More and more of them will wake up from the woke and choose their own destinies. Making former BIPOCs white actually erodes the racist construct that is the left’s political coalition, fracturing it, and shrinking it – pushing their socialist scheme farther over the horizon.

First Asians, then Hispanics, then…who knows who will be the next group to be liberated from the left’s oppressive racial groupthink?

A.J. Rice, is President & CEO of Publius PR, Editor-in-Chief of The Publius National Post, and author of the #1 Amazon bestseller, The Woking Dead: How Society's Vogue Virus Destroys Our Culture.