POSOBIEC: Biden's OPEC Fumble Proves Everybody Messes With The Bidens 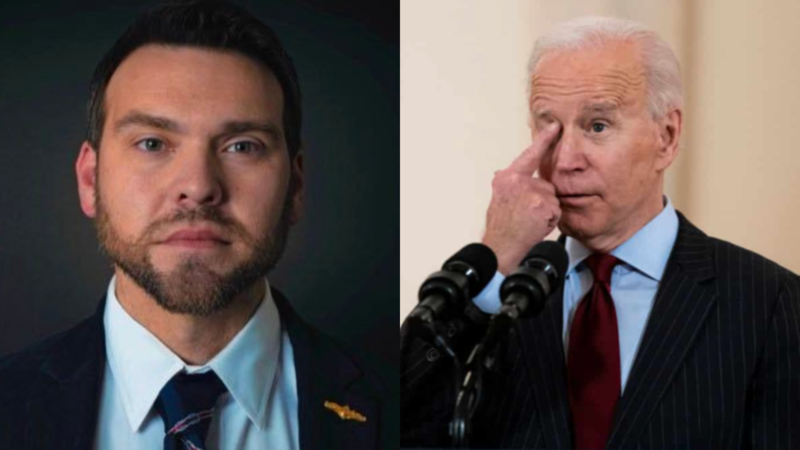 Poso Biden
Jack Posobiec proved on his latest episode of Human Events Daily that everybody messes with the Bidens, after the president fumbled negotiations with OPEC. Posobiec mocked Biden after a hot mic moment where Biden was heard saying that "Nobody f*cks with a Biden."

"The Biden administration made a secret deal with OPEC when they first started emptying our strategic oil reserve. Now, OPEC has reneged on the deal because it was a stupid deal that made no sense, because Biden gave away all of his leverage. When you cut US oil production, you become dependent," Posobiec explained.

The Biden regime on Wednesday lambasted OPEC after what it called a "shortsighted decision" to cut oil production by two million barrels per day. The move could lead to even higher gas prices in the United States.

"If you just say, 'please give me a hamburger today, I promise to pay you on Tuesday,' well guess what, they can say "no." But nobody in the White House, none of the 'adults in the room' seemed to actually understand what they were doing, because they're morons. They're buffoons," Posobiec said.

No immediate steps will be taken by Biden in response to OPEC's decision, though the president said that more oil would be released from the Strategic Petroleum Reserve "as appropriate to protect American consumers and promote energy security."

"Here's what happened: OPEC turned around on them and said, 'guess what, we're going to wait until you empty your strategic oil reserve and then we're going to cut production, because once you do that, we know you haven't ramped production in the US because you shut that all down.'

"All that LNG that's sitting right under Pennsylvania and Ohio that could be refined in Philadelphia, that could be sold at Wawa and Sheets and Turkey Hill and Rutters, Pennsylvania gas sold to Pennsylvanians. No, we're not doing any of that," Posobiec explained, going into detail on how the US has emptied out its strategic oil reserve.

"Then they said 'look, by the way, we're going to cut production anyway and drive the price up,' so Biden said he wanted to buy it for 80, they're going to raise it to 100, 120, 150, maybe 200 dollars a barrel. So what's the admin trying to do? Now they're going down hat-in-hand to the Venezuelans again," he explained.

"Remember the last time with Maduro, he told them to pound sand. Now they're going in and saying, 'we will ease up American sanctions on Venezuela ', because remember, the United States has been attempting to enforce and enact regime change in Venezuela since the days of Chavez. This has been a complete failure. There was a coup that was attempted under Don Guiado a few years ago, that did not work. That was a John Bolton special. Mr Moustache couldn't get that one off the ground and a whole lot of people got arrested on his behalf.

"So now we're going to go and pull all of the sanctions off of Venezuela, hat-in-hand to Maduro, saying 'please, please, please, could you help us out?' They've sold us out. They have no idea what they're doing and our strategic oil reserves, those giant salt caverns underneath Louisiana, where it actually is, by the way in the Bayou, that's where they keep our strategic oil reserves. They've emptied it."

"That's you, that's your children. If this country, God forbid, gets into any kind of actual war... These people sound like they want to drive us into World War III, they're talking about iodine medicines being distributed in Washington, DC. They have no idea what they're doing," Posobiec concluded.
Jack Posobiec
Poso Biden