I Am Become Death: On the Heinous Crime of Voting Third-Party 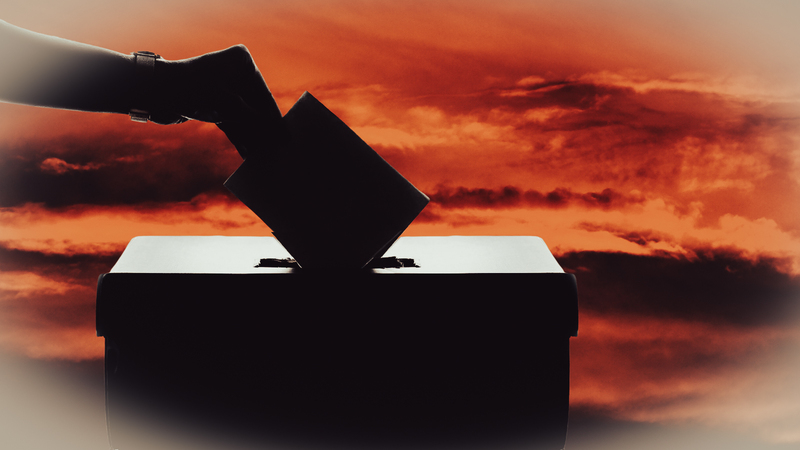 I am become death
The following is an excerpt from That Joke Isn’t Funny Anymore: On the Death and Rebirth of Comedy.
____

If you want to know what it feels like to murder, vote third-party in a US presidential election.

When Donald Trump won in 2016, not only did Democrats blame third-party voters like myself for his victory, but also they charged that we were complicit in the inevitable bloodbath that was to come during the reign of POTUS 4-5.

Mind you, I voted Libertarian in New York, a state that Hillary Clinton was incapable of losing.1 And yet somehow, the carnage on the horizon was my fault.

Funny how that same election calculus doesn’t work when their guy wins a four-year stay in the White House. I have yet to hear any Obama voters apologize for the blood his administration shed. But, I guess, if it’s on me to apologize for Trump, then I have to apologize for Obama too, whom I voted for in 2008. Those four years of Hope, Change, and Death—that’s on me, guys.

But don’t hang any of the Dubya years on me—I didn’t vote in 2000, and in 2004 I voted for John Kerry. I don’t want to hear any of your bullshit about Joe Biden either. That’s on you.2

It was one thing to see people I didn’t know (or care to know) on social media call third-party voters traitors and ridicule us for exercising our right to say, “Nuh-uh,” to the two major parties. It was another thing to have someone I actually knew reach out to damn us directly.

That was one hell of an email you sent, Brad!

Granted, I didn’t really know Brad. I had only met him once. My wife and I had dinner with him and his boyfriend. Brad was in his sixties, long-retired from practicing law, and his boyfriend, Bradley, was younger by probably a decade, handsome, and worked in healthcare. Both were “With Her.”3

The night started at Brad’s house in West Hollywood, where he showed my wife and me his art collection. Some guys build man caves, Brad built a man gallery. We talked about a recent visit to The Getty Museum, where a security guard recognized me from my YouTube videos.

“Do you get recognized a lot?” Brad said.

It made more sense for us to carpool over to the restaurant—parking being what it is in Los Angeles. We took Brad’s Tesla. It was my first time in the luxury electric car brand. I could barely hear the engine, and the drive over felt more like floating.

Sharing a table with Brad and Bradley, these two wealthy, healthy, cultured gay men, I felt inadequate. I always feel that way when hanging out with gay couples. Throughout the meal, I thought, My wife and I must be boring the shit out of these guys.

I’m sure we could have made things interesting, but my wife is such a c*ckblock.

We never had a second double-date though. Never rode in Brad’s Tesla again (the ride back to his house from dinner was our last time). Never saw his art collection again either—who knows what new pieces he’s added to it?

Voting third-party was an abomination, and Brad’s email read like a curse he was putting upon me and my third and fourth generations to come. Brad was particularly concerned about the deaths of trans people that I was now party to.

Look—I take full responsibility for the people I have murdered and will murder. But this? Third-party voter, six-hundred-thousand-degrees-of-separation murder? I don’t think I can sign the confession for that. I won’t even admit to manslaughter.

I wonder though—by Brad’s logic—would I be responsible for all the deaths of trans people during the Trump years? The suicides and the homicides? What about the homicides committed by significant others or, in the case of trans sex workers, their johns?

If I have blood on my hands I want to know the exact details of how that blood got there. Because I am happy to live in a time where trans adults are able to get the medical care they need—without having to buy medicine from shady drug dealers or having to resort to self-harm because they are denied gender-affirming surgery.

(Plus, when it comes to comedy, we can finally put to bed the whole “Are women funny?” debate. Because Eddie Izzard is definitive proof that they are.)

I never responded to Brad’s email. I didn’t like his tone, you know. And I try to keep my social circle to people who haven’t accused me of murder. But I do wonder: How many deaths is Brad responsible for?

Because one of the problems in the LGBTQ+ community is that it’s not really a “community” at all. So much discrimination exists between the groups. For example, there is tension between lesbians and trans women—in particular the trans women who try to shame lesbians as bigots for not wanting to suck their c*cks. (Ironically, that seems like such a straight-guy move.)

On the other side are gay men who don’t fully accept trans men—at least as lovers. The gay men I know love c*ck—not pu**y. My closest homosexuals are all flaming gold-star gays, in that they have never had sex with women.

I don’t care how many women Brad’s had sex with. He grew up in a time when it was difficult to come out—I’m sure he broke a few ingenues’ hearts in the small town where he grew up before coming out to the West Coast.

No, what I want to know is how many trans men has Brad been with? The two Brads—toss Bradley in there too, while we’re at it.

Have you ever given it to them—treated them like the petite hunks of masculinity that they are? Tom of Finland—but with a pu**y!

Sex speaks louder than words—much louder than voting. If you truly believe in something, act like you believe it—and go ahead and f*ck it!

Show him your art collection! Give him a ride in your Tesla! Show the (trans) man a good time!

His life is in your hands too. Why not his pu**y?

Unless he voted third-party, of course. If so, then fuck that self-hating murderer.4

2 Not every you. You know who you are.

3 I have changed the names of the real-life couple, but not the relationship of their names to each other. They had the same name, as if parents have so few options when naming their gay sons.

I am become death