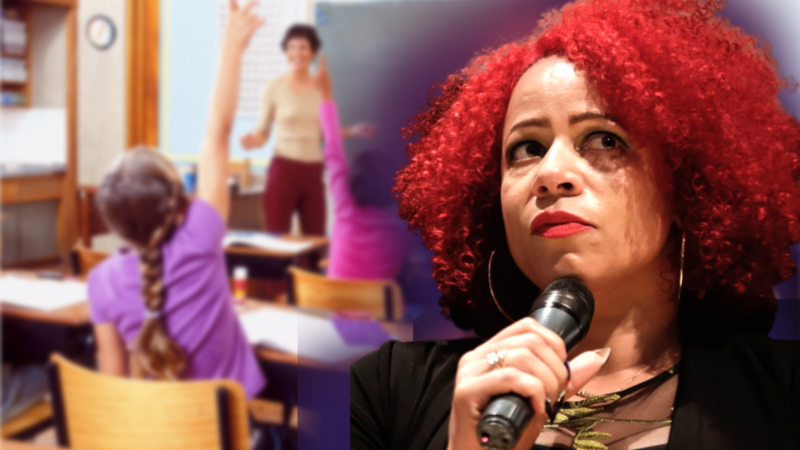 The Pulitzer Center is advertising a paid internship to college students in education programs who are willing to push the debunked, anti-American “1619 Project” on K12 students.

“Our K-12 education team works with schools to bring pressing underreported issues, and the journalists who cover them, into the classroom,” reads the job post for the position titled “K-12 Education Program Intern (The 1619 Project).”

“Our resources engage global reporting across all media platforms and focus on a wide range of topics, including climate change, migration and refugees, racial justice, health, and many more.”

As part of one of the afterschool program's introduction modules, "Students evaluate how the values stated in the Declaration of Independence have manifested in U.S. society, and examine what it would mean to reframe U.S. history by considering 1619 the country’s founding date."

Later, students learn "about the ways in which slavery’s legacy persists in U.S. systems," and "learn about common inaccuracies in how slavery is taught" by other parties.

Written by Critical Race Theorist Nikole Hannah-Jones, The New York Times’ “1619 Project” has been widely criticized and repeatedly debunked based on its false assertion that the American Revolution was fought in order to preserve the institution of slavery, and claims such as “out of slavery grew nearly everything that has truly made America exceptional: its economic might, its industrial power, its electoral system.”

In fact, when Hannah-Jones asked Leslie M. Harris, a Black history professor to fact-check the project’s particularly problematic essay before its publication, Harris flagged the portion about slavery being the motivation for American independence as untrue. The New York Times and Hannah-Jones published it anyway.

Now, as the project’s falsifications remain false, the Pulitzer Center is working to engrain the prized propaganda into the general education of the youngest generation, as early as possible.

“The Pulitzer Center is excited to partner with afterschool educators in using The 1619 Project resources to spark their students’ creativity, teamwork, critical thinking, and media literacy skills. Explore engaging activities for afterschool spaces, opportunities to connect with journalists, and professional learning opportunities,” reads a description of the after-school program.

Specific resources are provided on the program’s website for elementary, middle, and high school. They “give various entry points into exploring multimedia components and text excerpts from ‘The 1619 Project’ in order to spark students’ creativity, teamwork, critical thinking, and media literacy skills.”