MCCOTTER: The Cultural Contradictions of Progressivism: Modernizing the 'Blood Libel' 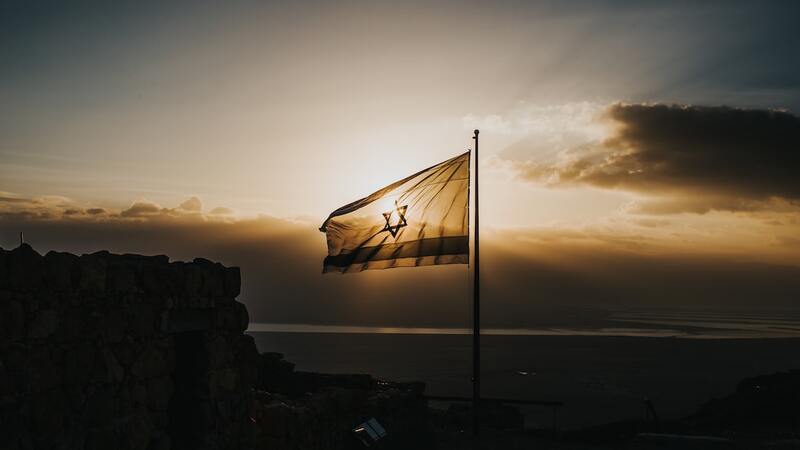 silhouette photography of national flag by Cole Keister is licensed under unsplash.com

The following is the third in an intermittent series exploring the cultural contradictions of progressivism.

In past articles, we have examined the Manichean, comic book nature of the Left’s ideology, particularly its “identity politics” and prescribed spoils system “intersectionality.”  To reiterate, the rich mosaic of human interaction is deconstructed into a struggle between oppressors and oppressed.  The Left then prioritizes the oppressed for governmental and societal recognition and recompense based upon the victim’s ideologically presumed real and/or assumed suffering(s).

Human nature being what it is despite the Left’s most coercive efforts, one of the more egregious problems with identity politics and intersectionality is how it intrinsically results in a hierarchy of the oppressed.  And the competition is cutthroat.  Much like the movie and TV series Highlander, “There can be only one!”

Within the Left’s DIE cult (“diversity, inclusion, equity”), for some to be included they must abandon their own identity and beliefs; and take their place in their preordained slot within intersectionality’s roster of the oppressed.  If they do not, they will be excluded and persecuted; for, within the DIE cult’ Animal Farm, some identities are more equal than others.


Of course, this is neither diverse, inclusive, or equitable.  But, in a cruel continuation of their historical oppression, it remains the reality faced by the Jewish people.  What is striking, is that the escalation of anti-Semitism is a product of both the radical Right and Left.  The key distinction is that such anti-Semitism on the racist, radical Right – the historical locus of hatred and attacks against the Jewish people – is universally denounced and rejected by sane minds.  The anti-Semitism of the radical Left, however, is increasingly condoned and institutionalized – especially in America’s institutions of “higher learning.”

There has been an alarming incidence of anti-Semitism on America’s college campuses – including Brooklyn College, the University of Vermont, Stanford University, and the University of Southern California.  In some cases, due to the inaction of the institutions’ respective administrative entities, a federal investigation had to be opened.  (These were made possible after former President Trump had added anti-Semitic discrimination as a Title VI violation in 2019.)

Much of what drives this rise of Left-wing anti-Semitism is the 21st Century “blood libel.”  According to the United States Holocaust Museum :

“Historically, blood libels often took place close to Passover, when Jews were charged with using the blood of Christian children to bake matzahs.  The proximity of such charges to Easter was thus also often associated with the continuing belief that Jews were responsible for the Passion and Crucifixion of Jesus.  Blood libels, together with allegations of well poisoning, were a major theme in Jewish persecution in Europe throughout the Middle Ages and into the modern period.  They were a central component in the development of modern antisemitism in the 19th century.

This hideous lie abetted the persecutors of the Jewish people to deem themselves the victims of the Jewish people.  So does the Left’s latest variant of the blood libel.  In sum, “Zionists” have Palestinian blood on their hands for supporting Israel.  As a result, it is increasingly normalized for anti-Semitism to not only be permissible but laudable.

The BBC reported that The Anti-Semitism Worldwide Report 2021 by the Center for the Study of Contemporary European Jewry at Tel Aviv University’s Faculty of Humanities had revealed:

“The number of anti-Semitic incidents around the world dramatically increased last year…the US, Canada, the UK, Germany and Australia [are] among countries where there was a sharp rise.  This was fueled by radical left- and right-wing political movements and incitement on social media…  [T]here was ‘a significant increase in various types of anti-Semitic incidents in most countries with large Jewish populations.’”

The report not only identified COVID “conspiracy theories…blaming the Jews and Israel for spreading the virus,” and the “exceptionally alarming role” and “vast reach of social networks for spreading lies and incitement,” it also cited “reactions to May 2021’s fighting between Israel and Palestinian militants in the Gaza Strip for the rise in anti-Semitic incidents.”

As for the United States specifically, in April the ADL reported

“Antisemitic incidents reached an all-time high in the United States in 2021, with a total of 2,717 incidents of assault, harassment and vandalism reported to ADL (the Anti-Defamation League). This represents the highest number of incidents on record since ADL began tracking antisemitic incidents in 1979 – an average of more than seven incidents per day and a 34 percent increase year over year.”

Further, the ADL, too, found how, in 2021, anti-Semitism had “a dramatic spike during Hamas-Israel conflict.”  Per the ADL’s CEO and National Director, Jonathan A. Greenblatt:

“While we have always seen a rise in antisemitic activity during periods of increased hostilities between Israel and terrorist groups, the violence we witnessed in America during the conflict last May was shocking.  Jews were being attacked in the streets for no other reason than the fact that they were Jewish, and it seemed as if the working assumption was that if you were Jewish, you were blameworthy for what was happening half a world away.”

“When it comes to antisemitic activity in America, you cannot point to any single ideology or belief system, and in many cases, we simply don’t know the motivation.  But we do know that Jews are experiencing more antisemitic incidents than we have in this country in at least 40 years, and that’s a deeply troubling indicator of larger societal fissures.”

Clearly, it is no longer merely an instance of the radical Right being the locus of anti-Semitism.  Indeed, as the studies reveal, the most dramatic rise in anti-Semitism occurred during the Israel-Hamas fighting.  This played into the Left’s identity politics-intersectionality prism, whereby those who supported Israel were “Zionists” (i.e., Jews) and had blood on their hands for supporting the killing of “innocent” Palestinians.  Thus, just as the historic blood libel abets Right-wing anti-Semites to falsely claim they are the “real” victims – not the Jewish people, this new blood libel abets Left-wing anti-Semites to also falsely claim they are the “real” victims – not the “Zionists.”

In the Jewish Journal, Kenneth L. Marcus, founder and chairman of the Louis D. Brandeis Center for Human Rights Under Law, records: “Nine different law student groups at the University of California at Berkeley’s School of Law, my own alma mater, have begun this new academic year by amending bylaws to ensure that they will never invite any speakers that support Israel or Zionism.”

The reason for this abject discrimination?  Anti-Semitism.

“Anti-Zionism is flatly antisemitic.  Using ‘Zionist’ as a euphemism for Jew is nothing more than a confidence trick.  Like other forms of Judeophobia, it is an ideology of hate, treating Israel as the ‘collective Jew’ and smearing the Jewish state with defamations similar to those used for centuries to vilify individual Jews…

For Mr. Marcus and the Jewish community, this is a disturbing regression back into the dark days of publicly condoned anti-Semitism.  As he notes: “It is now a century since Jewish-free zones first spread to the San Francisco Bay Area (‘No Dogs. No Jews’).  Nevertheless, this move seems frightening and unexpected, like a bang on the door in the night.”

The inevitable disagreement from the Left that they are condoning anti-Semitism, reminds one of what, in the November 13, 1965, Saturday Review, Dr. Martin Luther King wrote of northern liberals: “Yet when the issues were joined concerning local conditions only the language was polite; the rejection was firm and unequivocal.  All my experience indicated that hope of voluntary understanding was chimerical; there was blindness, obtuseness, and rigidity that would only be altered by a dynamic movement.”

Sadly, unless circumstances radically change on the Left, the Jewish people will continue to bear the brunt of  an escalating anti-Semitism that is being systemically injected into public and private institutions; and all Americans will witness one more reason that the Left is regressive – unless one considers modernizing the blood libel to be “progressive.”

silhouette photography of national flag by Cole Keister is licensed under unsplash.com