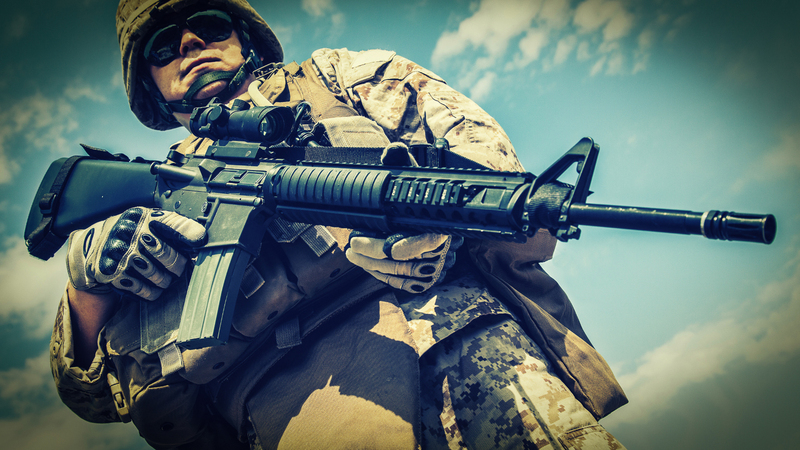 Following last month’s decision by a federal court against the Department of Defense and the US Marine Corps, which allowed US Marines with religious objections to refuse covid vaccine mandates imposed by the Biden Administration, the US Marine Corps has abandoned punishments for most service members who are seeking the exemptions.

Last year, Secretary of Defense Lloyd Austin issued an order that mandated Covid vaccinations for all members of the US armed forces.

According to a September 14 notice, the "Marine Corps will not enforce any order to accept COVID-19 vaccination, administratively separate, or retaliate against Marines in the class for asserting statutory rights under the Religious Freedom Restoration Act."


Additionally, the notice also referenced a temporary order blocking the Marine Corps from taking action against individuals seeking a religious exemption saying, "Involuntary administrative separation processing of class members for refusing COVID-19 vaccination is suspended." The memo also instructed commanders to "pause all administrative actions related to the involuntary separation of a class member, regardless of the current status of the separation process."

Vaccination status can no longer be "considered or referenced" in fitness reports or other service member evaluations. Previously the Marine Corps required commanders to delay promotions of "any officer and delay/restrict the promotion of any enlisted member refusing the vaccine."

For "Staff Non-Commissioned Officers" whose religious exemptions were denied, their promotion will be delayed. For "Private First Class" sergeants whose appeals were denied, they will still be subject to a 12-month promotion restriction. However, Marine Corps spokesperson Major Jay Hernandez told Fox News that if the federal judge’s order expires or is vacated, the Marine Corps can still enforce punishment against those who don’t meet the COVID-19 vaccine requirement.

“The Marine Corps is aware of the class-wide preliminary injunction issued by a District Court judge for the Middle District of Florida preventing the Marine Corps from enforcing any order to accept the COVID-19 vaccine or administratively separating Marines who refused to receive the COVID vaccine after their religious accommodation appeal was denied,” he added.

According to recent reports, all branches of the US Armed Forces are struggling with finding new recruits. Some members of Congress have blamed the vaccine mandate while others have flagged “woke” diversity training as the cause. Obesity rates have also been cited as a contributing factor to recruits' disqualification from service and most recently President Joe Biden’s forgiveness of student debt has been accused of removing an incentive for some to join the military since many join so that their college education will be paid for.

Some have also said that the pay rates for servicemembers are not sufficient, especially when facing mounting inflation and rising costs.

Rep. Mike Gallagher (R-WI) told Politico, “We are on the cusp of a military recruiting crisis. When Republicans take control of Congress in a few months, averting the recruiting crisis will be a top priority of the Military Personnel Subcommittee.”