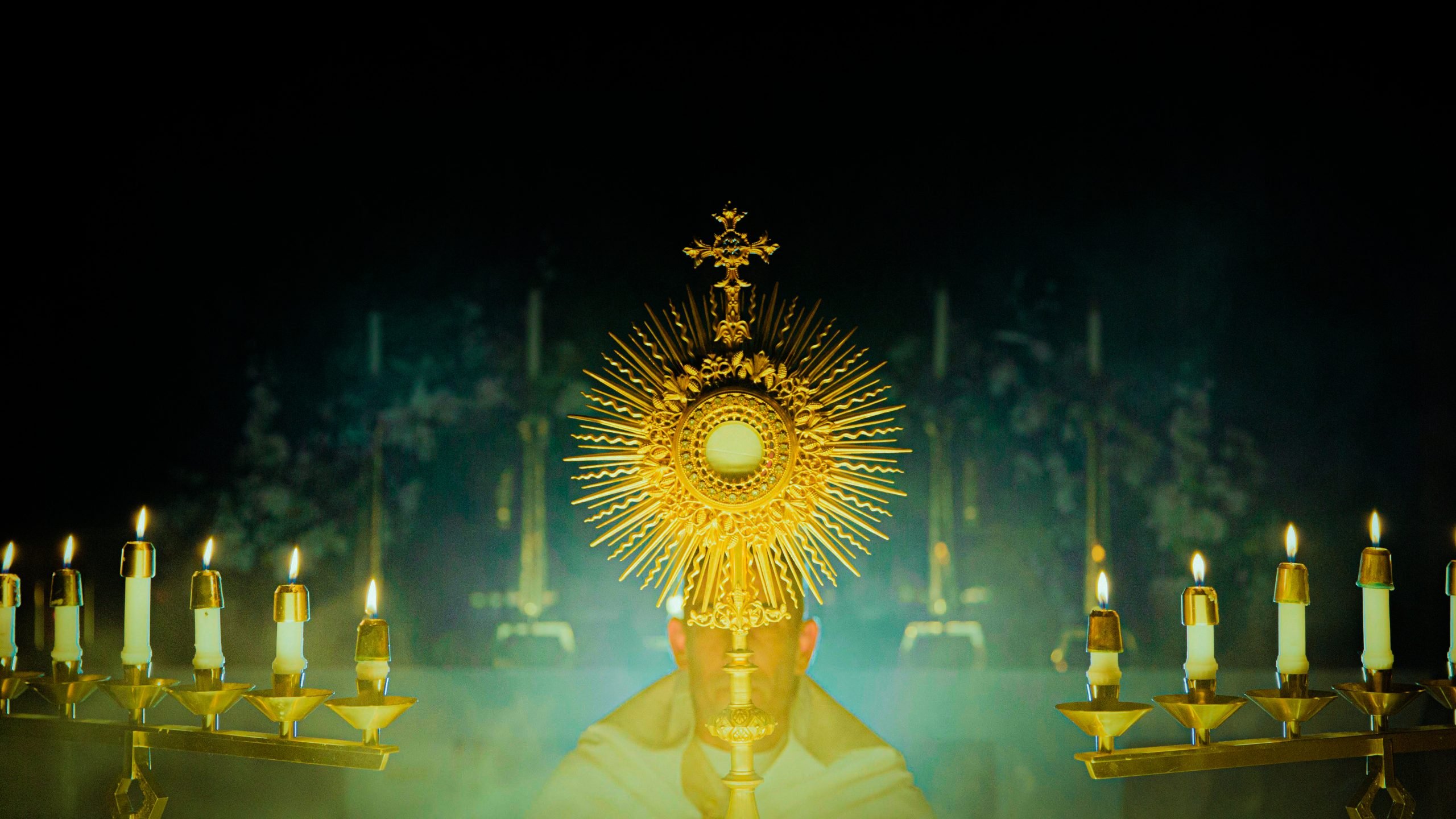 A high Vatican official stunned Catholics on Italian television Aug. 26. In doing so, he confirmed the Catholic Church's retreat from one of its fundamental moral positions.

Cardinal Vincenzo Paglia, president of the Pontifical Academy for Life, announced on an interview program that the Catholic Church had no interest in opposing Italy's law allowing abortion. Indeed, while encouraging more women to have children, Paglia called the law "a pillar of our social life."

Italy's Law 194, enacted in 1978, legalized abortions in the first trimester, and allowed them afterward if the pregnancy endangered the mother's life or if doctors found "serious abnormalities or malformations" in the unborn child, the law states.

"I believe that at this point that Law 194 is a pillar of our social life,” Paglia said. "In my opinion, and I have written as much, I would like to see more emphasis on the part that is hardly spoken of, namely the right to motherhood, to see our country grow, in the face of the drama of a generational imbalance that is quite dramatic."

When the interviewer pressed Paglia about whether Law 194 was up for debate, the cardinal replied, "No, absolutely not."

Tommaso Scandroglio, writing in the Catholic newspaper La Nuova Bussola Quotidiana, succinctly described the impact: "It is as if the president of the Jewish Anti-Defamation League is declaring himself in favor of the Holocaust."

The fact that the president of the Pontifical Council for Life would praise such a law is especially stupefying, since Pope John Paul II founded the council specifically to combat abortion.

Yet Paglia's comments supporting both motherhood and a law that mitigates against it betray more than a lack of logic. They represent an alarming trend.

Under Pope Francis, the Catholic Church has effectively abandoned its traditional opposition to abortion to concentrate on environmental sustainability and economic redistribution. That trend, in turn, epitomizes the Vatican's embrace of secular, materialist globalism.

The Vatican's second-highest theological authority after the pope illustrates the new attitude. Cardinal Luis Ladaria, prefect of the Congregation for the Doctrine of the Faith, issued a letter in 2021 discouraging American bishops from denying Communion to elected officials who support abortion. Ladaria addressed the issue because the two most prominent Catholics in American political life support abortion: Rep. Nancy Pelosi, the speaker of the house, and Joe Biden, the virtual president.

Any policy, Ladaria wrote, "would best be framed within the broad context of worthiness for the reception of Holy Communion on the part of all the faithful ... reflecting their obligation to conform their lives to the entire Gospel of Jesus Christ as they prepare to receive the sacrament."

"It would be misleading," he added, "if such a (policy) were to give the impression that abortion and euthanasia alone constitute the only grave matters of Catholic moral and social teaching that demand the fullest level of accountability on the part of Catholics."

Ladaria even called Catholics who support abortion "pro-choice." His letter might be the first official Vatican document to use that term.

By issuing his letter, Ladaria contradicted his church's own catechism and violated canon law.

The Catholic catechism describes abortion as a "moral evil," quotes a pastoral document in calling it and infanticide "abominable crimes," and demands excommunication for anyone involved in "formal cooperation." Meanwhile, Catholic canon law states that Catholics "persevering in manifest grave sin are not to be admitted to holy communion," and that those who "are conscious of grave sin" must not receive Communion "without previous sacramental confession."

Yet Ladaria's letter reflects the Vatican's new approach. In November 2016, three months after he appointed Paglia to be the pontifical academy's president, Francis fired the remaining 70 members of that academy. Some of its more prominent conservative members questioned Francis' desire to contradict doctrine by allowing divorced Catholics to receive Communion.

The letter also validated the stance many American bishops embraced since Francis became pope in 2013. One of them is San Diego's Robert McElroy, who issued a set of voting guidelines for Catholics in his diocese one month before California's 2020 primary. McElroy not only reiterated support for Francis' positions on environmental sustainability and open borders. He insisted those positions were more significant than the church’s opposition to abortion and contraception.

While conceding that abortion was "intrinsically evil," McElroy criticized the idea that “candidates who seek laws opposing intrinsically evil actions automatically have a primary claim to political support in the Catholic conscience," he wrote.

"The problem with this approach is that while the criterion of intrinsic evil identifies specific human acts that can never be justified, this criterion is not a measure of the relative gravity of the evil in particular human or political actions," McElroy wrote. "Similarly, contraception is intrinsically evil in Catholic moral theology, while actions which destroy the environment generally are not. But it is a far greater moral evil for our country to abandon the Paris Climate Accord than to provide contraceptives in federal health centers." (Emphasis added)

Francis rewarded McElroy's obsequiousness by making him a cardinal Aug. 27, despite the fact that McElroy ignored cases of clerical sex abuse, including one involving a diocesan priest abusing an adult, and refused to cooperate with legal authorities.

When the Supreme Court overturned Roe v. Wade in June, the Vatican offered a muted official response. In an editorial, the Vatican’s official newspaper, L’Osservatore Romano, defined the issue as “a question of developing political choices that promote conditions of existence in favor of life” by “ensuring adequate sexual education, guaranteeing health care accessible to all and preparing legislative measures to protect the family and motherhood, overcoming existing inequalities.”

Vatican News, the official news website, reinforced that emphasis by discussing abortion in the context of poverty, race and gun control.

"(S)trikingly, the maternal mortality rate for black women in 2020 was 55.3 deaths per 100,000 live births, 2.9 times the rate for white women," the editorial stated. "According to one statistic in the United States, about 75 per cent of women who have abortions live in poverty or have low wages."

"Being for life, always, also means defending it against the threat of firearms, which unfortunately have become a leading cause of death of children and adolescents in the US."

In his book "Common Wealth: Economics for a Crowded Planet," Sachs called abortion "a lower-risk and lower-cost option" to prevent the birth of "unwanted children." Legalizing abortion "reduces a country's total fertility rate significantly, by as much as half a child on average," Sachs wrote.

That world view also expressed itself in two papal conferences. One week after Ladaria's letter, the Vatican held a one-day conference, "Dreaming of a Better Restart." Sachs spoke at a session addressing "Financial and Tax Solidarity." Then John Kerry, Biden's climate envoy, delivered the keynote address at a session on "Integral Ecological Sustainability."

But the day before Ladaria issued his letter, Francis' approach became blatantly apparent at another conference.

Among the speakers at that three-day conference on health care was Chelsea Clinton, vice chair of the Clinton Foundation who passionately advocates abortion. Despite that advocacy, she participated in a panel on "Building a More Equitable Health-Care System for All."

Another speaker was Dr. Francis Collins, the director of the National Institutes for Health. Collins' support for using fetal tissue in research provided no impediment for him to speak about "Bridging Science and Faith." But Moderna's presence provided the ultimate clue to the Catholic Church's direction.

Moderna not only supplied the conference with significant funding. CEO Stephane Bancel also discussed the potential for mRNA vaccines beyond the COVID-19 pandemic. However, Moderna used aborted fetal cells to create the spike protein for its COVID-19 vaccine.

Not surprisingly, the conference’s agenda made no room for discussing abortion.

Yet Francis is no outlier. He represents the logical consequence of the Vatican's embrace of secular, materialist globalism, which began at the Second Vatican Council, held from 1962-1965 to help the Catholic Church confront the modern world.

"All things on earth should be related to man as their center and crown," declared Gaudium et Spes, a pastoral document on politics and economics. Society, therefore, must provide "everything necessary for leading a life truly human, such as food, clothing and shelter."

"Such international collaboration ... certainly calls for institutions that will promote, coordinate and direct it, until a new juridical order is firmly established and fully ratified," Paul wrote in his encyclical, Populorum Progressio. "We give willing and wholehearted support to those public organizations that have already joined in promoting the development of nations, and we ardently hope that they will enjoy ever growing authority."

In 2009, Benedict XVI went even further. In his encyclical Caritas et Veritate, Francis' predecessor demanded that the U.N. govern international and domestic economics.

"There is a strongly felt need … for a reform of the United Nations … and, likewise of economic institutions and international finance, so that the concept of the family of nations can have real teeth," Benedict wrote. "To manage the global economy … to bring about integral and timely disarmament, food security and peace; to guarantee the protection of the environment and to regulate migration: for all this, there is urgent need of a true world political authority."

Such a body, Benedict wrote, must “have the authority to ensure compliance with its decisions from all parties” in its quest to "establish the common good," which Benedict defined as a "directed" global economy designed to "open up the unprecedented possibility of large-scale redistribution of wealth on a world-wide scale.” That goal includes “a worldwide redistribution of energy resources, so that countries lacking those resources can have access to them,” Benedict wrote.

Archbishop Carlo Maria Viganó, former papal envoy to the United States, issued a severe rejoinder to Paglia's remarks. Not only did Viganó equate the Vatican's increasing tolerance for abortion with the positions shared by "The New World Order, the United Nations, the (World Health Organization), the European Union, the World Economic Forum ... and all the organizations which follow the Agenda 2030," he wrote. Viganó castigated his fellow prelates in blistering terms.

"It is emblematic and revealing," he wrote, "that the sect of apostates who infest the Catholic Hierarchy and have occupied its highest levels find themselves aligned with the ideological positions of the enemies of Christ..."

Joseph D'Hippolito is a freelance writer who has covered politics, current events, religion, and sports. His commentaries on politics and religion have appeared in the Wall Street Journal, Jerusalem Post, National Post (Canada), American Spectator, and American Greatness, among others. His sports coverage has appeared in the New York Times, Washington Post, USA Today, and Guardian, among other outlets.