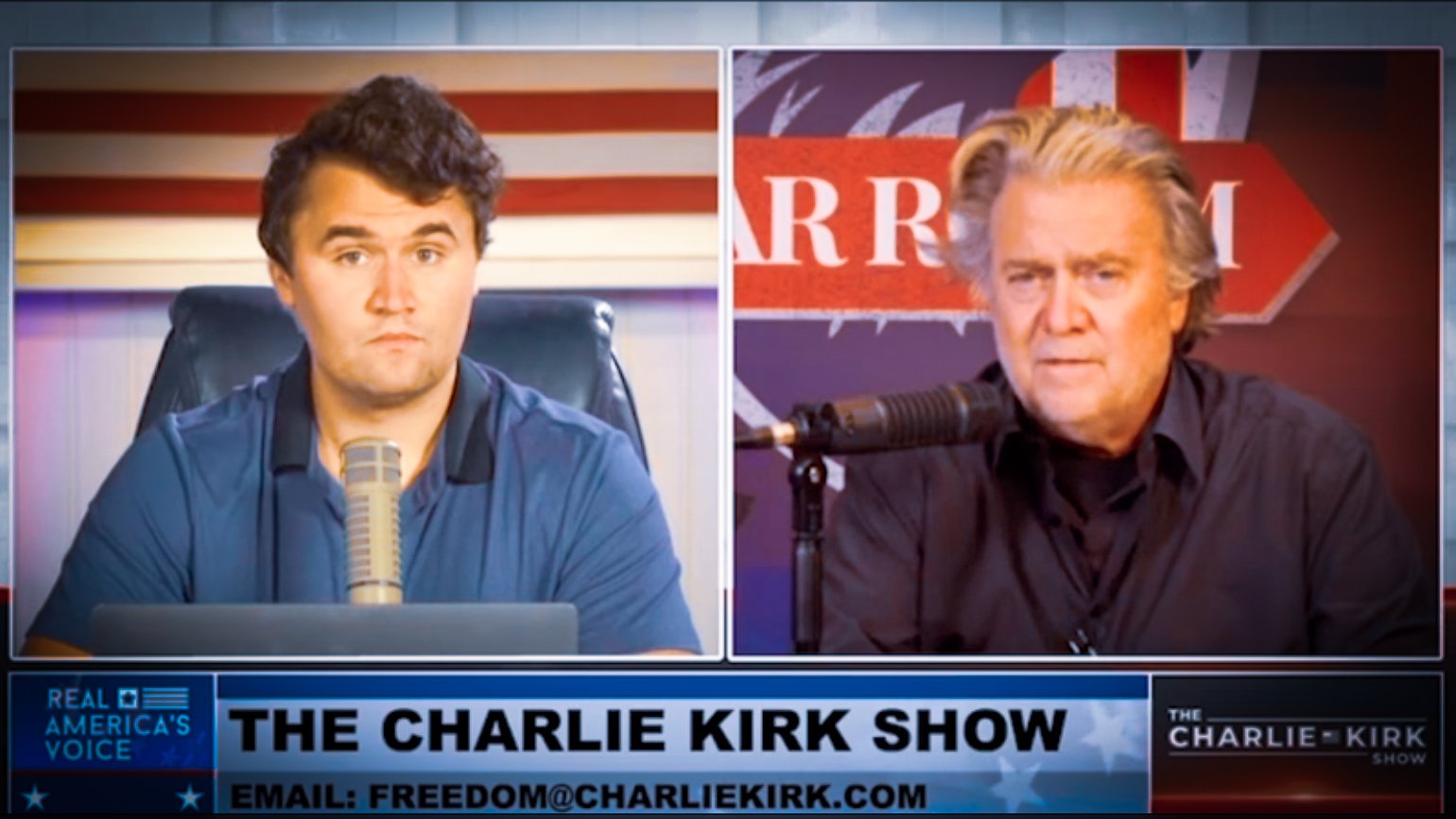 Former Chief Strategist for President Trump Steve Bannon spoke with Charlie Kirk on his show Friday and told the host that 35 high level supporters of Donald Trump were raided this week.

"35 members of MAGA, the Republican party, people close to Donald Trump, were rolled in on yesterday by the FBI with these intimidation tactics," Bannon told Kirk.

The Washington Post described the FBI as delivering a "raft of subpoenas" to Trump's former campaign and White House staffers seeking information regarding Trump's involvement over January 6, 2021.

"They didn't serve the subpoenas to the lawyers," Bannon said of the FBI's tactics. "They wanted to make a big display of it."

Bannon said that the FBI rolled in on the homes of these 35 Trump supporters in order to "be muscle" for Biden's Department of Justice.

Bannon said that the deluge of raids come as the Biden administration flails. He mentioned Biden's "demonic speech" in Philadelphia last week and said the president is governing amidst a "dying regime" and therefore has to send "Jackbooted Gestapo" to make ruffle the feathers of his opposition.

As Turning Point USA's website explains, "The World Economic Forum’s (WEF) 'Great Reset' poses one of the most DANGEROUS threats to individual freedom, national sovereignty, divinely-ordained rights, and free enterprise that the world has ever seen. The Great Reset MUST be stopped—and Turning Point USA is leading the charge."

Bannon described Kirk's efforts to combat the great reset as "powerful." The phrase itself was popularized recently by Executive Chairman of the World Economic Forum, Klaus Schwab, who wrote and published the book "COVID 19: The Great Reset" with co-author Thierry Malleret. The book outlines a new world order and a new way of doing things around the world, where governments would play a more active role in wealth generation and distribution and officially see counties with democratic governance transition into technocracies, or rule by the highly educated, wealthy.

Bannon's was convicted of contempt of Congress charges in July over not complying with a subpoena from the January 6 commission and surrendered to New York City's District Attorney on Thursday over state charges.