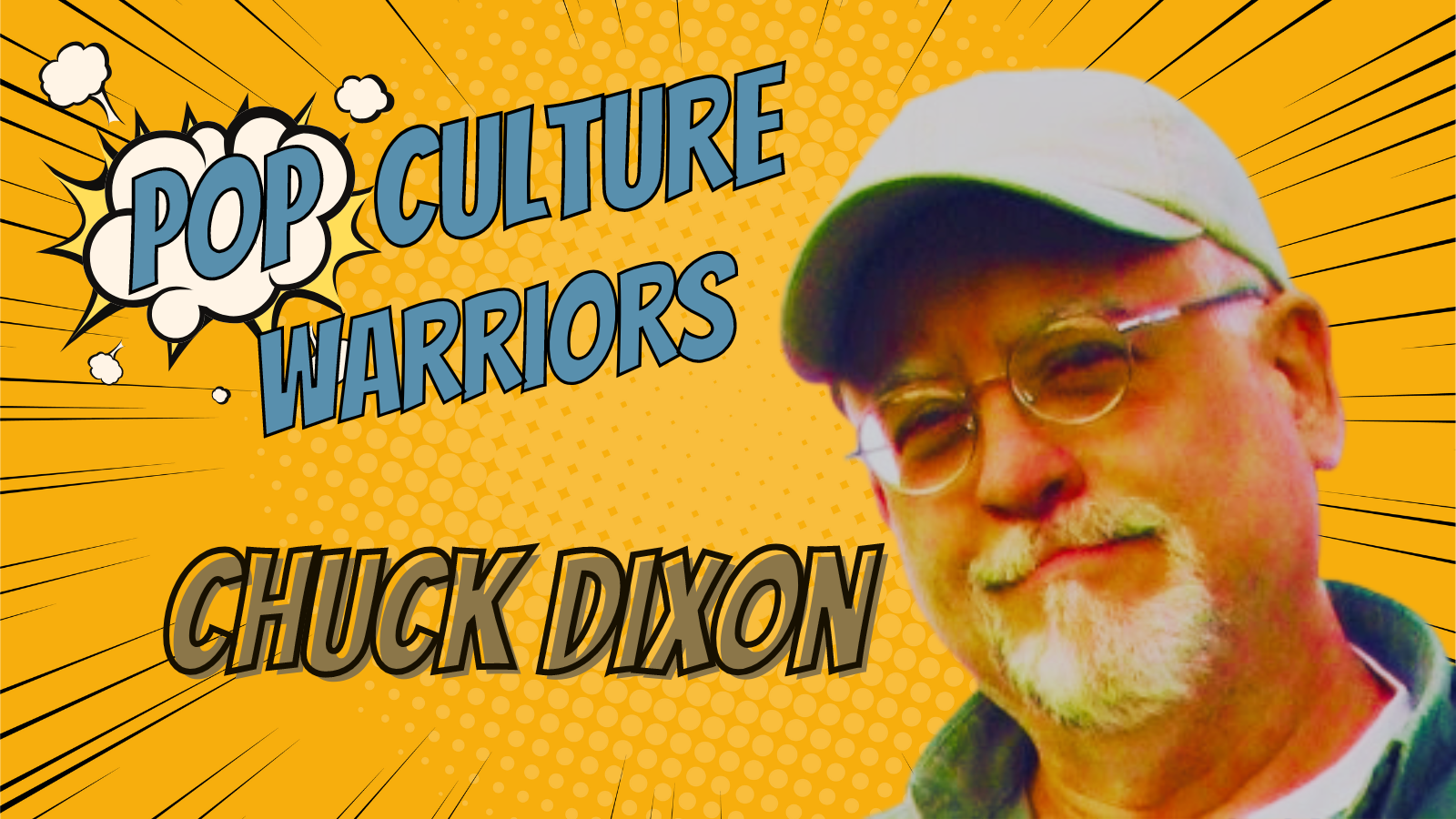 The book adaption was written by this week’s guest, Chuck Dixon. Dixon has more than 30 years of experience as an author and in the graphic novel and comics world as an editor, writer, and publisher. He has contributed to well over a thousand scripts to publishers like DC Comics, Marvel, Dark Horse, Hyperion and others.  His comic book adaptation of J.R.R. Tolkien's The Hobbit continues to be an international bestseller.

Dixon is the co-creator of the Batman foe, Bane, additionally he is well-known for his work on iconic characters like The Punisher, Batman, Birds of Prey, Green Arrow, Catwoman, Conan the Barbarian, and for The Simpsons and Spongebob Squarepants comics. It’s estimated that he has written over 40,000 pages of comics.

Dixon has not only elevated the comic and graphic novel medium but spearheaded projects to advance freedom and stop real life villains.

My dad, who passed over twenty years ago, is still there for me every day. A principled, hard-working guy who didn’t know how to back down.

What was your childhood pop culture obsession?

I shifted from Batman to Spider-man to James Bond between the ages of six and ten. The lure of sex and violence, I suppose.

I went to a 50’s revival concert and saw Bo Diddly, The Angels, The Five Satins, The Harptones and Hank Ballard at the Spectrum in Philadelphia. My older sister took me with one of her girlfriends. I think my mom pressured her to take me.

How has the comics industry changed during your career?

With the retirement of editor Denny O’Neil at DC Comics, an era ended. At both DC and Marvel, editorial and creative were slowly taken over by opportunistic careerists who were indifferent to the quality of the comics they were turning out. This created a vacuum that today has been filled by far-left apparatchiks willing to wreck the industry in the vain attempt to push their insane agenda.

But a second vacuum was created at the same time as readers abandoned mainstream comics by the hundreds of thousands. This void has been filled by independent creators old and new to make vital, high-quality comics for that underserved and abandoned readership.

So, like the music industry before us, comics have broken up into niche markets. Except for manga.

The last movie I watched was The Colossus of Rhodes, an old sword and sandal flick from 1961 and Sergio Leone’s first movie. I saw it as a kid in Stone Harbor, New Jersey and loved it. I wanted to re-visit it and see if it held up. It did. It’s violent as hell which is probably why I dug it so much when I was eight.

You can’t win a fight by walking away. And winning the pop culture back is easier than most people believe because, in the end, it’s about money. Whenever Hollywood or publishing considers their bottom line, they always return to the core principles and values their audiences embrace. We can see lots of recent examples of wins. Yes, the woke media pays attention to the most woke content but the moneymakers are far from leftist scolds.

Well, I’m doing tons of work for ARKtoons, a free digital comics site that’s a little over a year old.

And they can support me directly at SubscribeStar to help finance my independent projects.