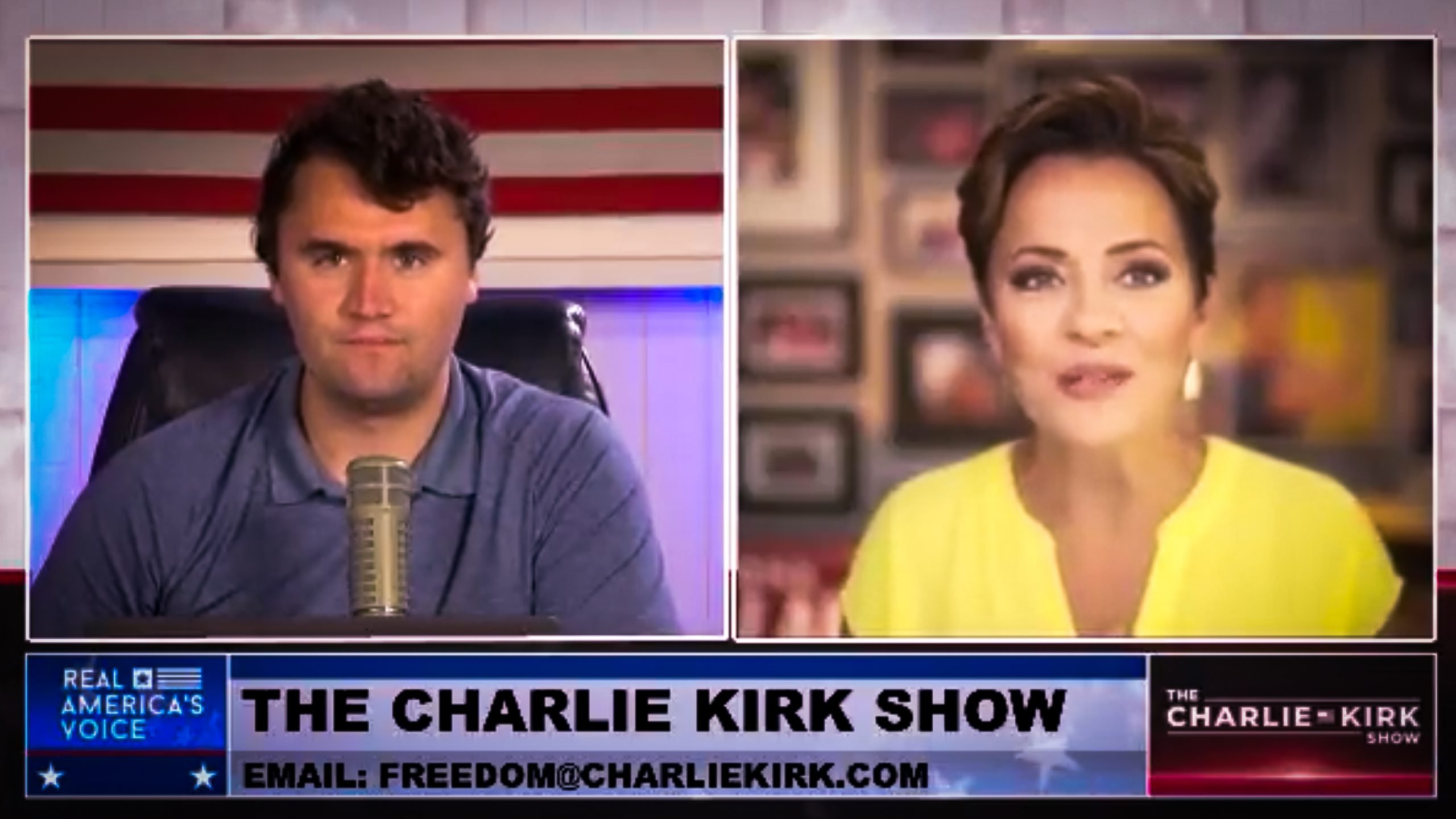 During a Wednesday appearance on The Charlie Kirk Show, Kari Lake explained her opponent Katie Hobbs’ “embarrassing” refusal to debate or even appear on stage with the Republican nominee for Governor of Arizona.

“She won’t debate, and we are actually doing a ‘forum’ today. And a forum would indicate that you sit on stage, and maybe you don’t debate. But she won’t even appear on stage with me,” Lake told Kirk.

“And she’s calling and making sure that they whisk her out before they whisk me in, and this is just embarrassing,” Lake added.

Kirk suggested that Lake confront Hobbs. “That would go totally viral,” he said.

“I mean be obviously nice about it and follow protocol, but I would just go find Katie Hobbs,” Kirk advised. I think you should go to one of her campaign events, I’m not kidding, and just go ask a question.”

“She is a disaster,” Kirk said. “Talk about how radical she is. Why is she so afraid to debate? I don’t think talking is her strong suit. I don’t think she’s good at words.”

Lake then referenced a video of Hobbs being asked about her plans for border policy. “She stumbled and bumbled and couldn’t even form a sentence about what her policy is, because her policy is nonexistent on the border,” said Lake. “Her policy is to let Joe Biden handle it. And she knows she’s in trouble on the border because guess what, Democrats want a secure border as well. Democrats don’t want the cartels in control of our border. Democrats don’t want fentanyl pouring in killing our young people.”

Lake went on to point to Hobbs’ questionable voting record during her time in the state legislature, including a vote for sex education for kindergartners and one against raises for teachers.

“I don’t know how the Democrats ended up with her on the ticket, but she’s a nightmare,” said Lake. She knows it, her staff knows it, and that’s why they won’t go anywhere near a debate stage. They’re afraid.